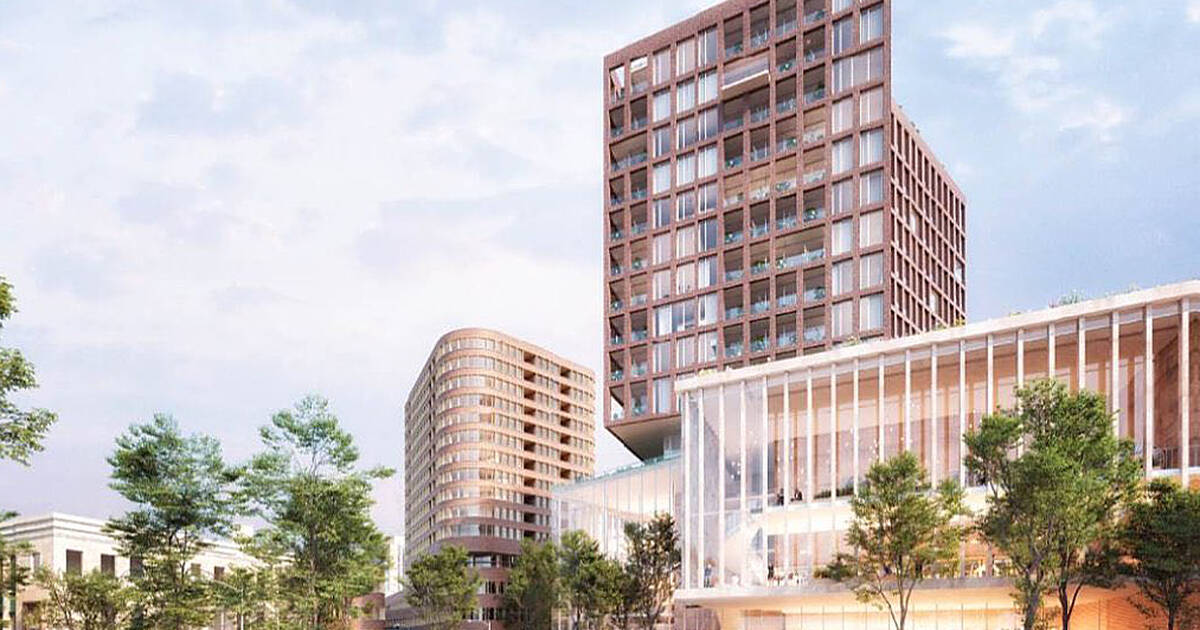 Guelph’s modern new public library might be cancelled before it has even begun.

The new central library was to be part of a project called the Baker District Redevelopment to transform a city parking lot and surrounding area into "compact district nestled in Guelph’s historic core" with residential units, commercial and community space.

Concept designs revealed a sleek glassy building with residential units above and a public square out front but the plan comes with a $67.1 million price tag.

A more recent proposal suggests moving the library to its own standalone building, which would include the same programming and amenities but may be less expensive, the city announced.

But petition launched recently asks the city to scrap the plans entirely. With no federal funding for the project, it is an unrealistic plan, the petition writer Aaron Duncan suggests.

“Now the Burden will be on the Guelph tax payer,” wrote Duncan. “Why move forward with the project. If you don't want increased taxes sign it. Cancel the new Guelph Public Library.”

Petition supporters questioned city’s decision to spend so much on a library.

"It would be unfathomably irresponsible for council to proceed with something so unnecessary that will add to the already unmanageable financial issues Guelph residents face due to Covid," wrote one person.

Even Guelph Mayor Cam Guthrie wants to shelve the project after losing the federal funding.

"The most fiscally responsible and prudent thing is to not move forward with the project at this time," the Mayor told The Guelph Mercury Tribune.

#Guelph has officially found out we’re getting $0 dollars towards the $67 million library. Although I didn’t vote for this price tag originally, it’s disappointing. Upper level of government money would’ve helped offset property tax & levy burden to pay for it. But here we are. pic.twitter.com/5h9mjZZ8SK

But other residents disagree.

The current 1960s-era library building was too small to deal with the volume of patrons in 1995, when Guelph's population was less than 100,000, wrote Jonathan Webb in a letter to The Guelph Mercury Tribune.

Guelph is more than one-third bigger now, he added.

"The pandemic has affected everything," wrote Webb. "But it hasn't changed the need for a new library. In the short term — right now — the demand for reading material, knowledge resources and Wi-Fi access remains acute, and the library is striving to meet it."

Many residents agree and say proposals for a new library have been in the works for many years.

Found this thread from last year around this time. Sigh, the Guelph main library building... feels like Groundhog Day for the last 20 years or more, the same arguments against over and over again. https://t.co/kn3cu4o0Fr

Others say the new library is needed to keep up with population growth.

We have 55,000 active library card holders in Guelph. We’ll have many more as we grow with a #newmainlibrary to match our population growth predictions. Here’s mine. Let’s see yours! pic.twitter.com/aKayIMVJr0

Guelph residents have time to consider the options. Council members are discussing the issue again on Oct. 5. The project was slated to be complete in 2024.