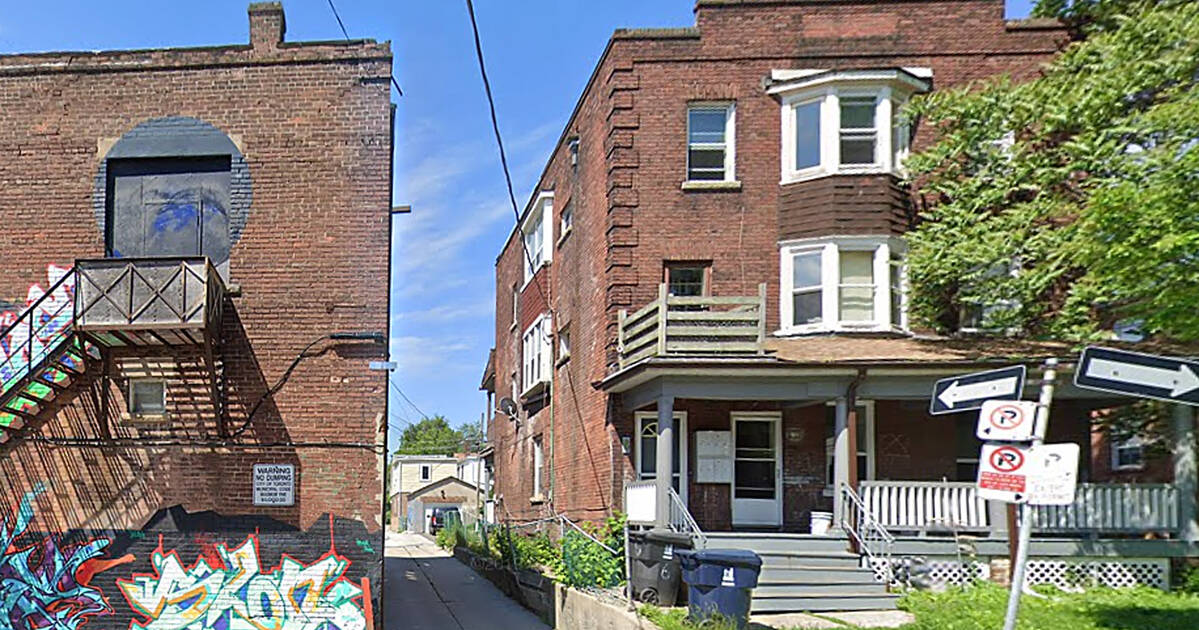 A Toronto woman hopes a city laneway can be named Grandison and Luella Lane, after a couple who were pillars in the community but whose story has nearly vanished.

'Grandison and Louella Price made a strong social impact on their community and this renaming would contribute to a positive image, recognizing the Black community as well as these individuals," Joanne Doucette wrote in a Facebook post.

The story was unearthed after an apartment building at 6A Redwood Avenue caught the eye of Doucette, an avid historical researcher who co-founded Leslieville Historical Society.

Doucette told blogTO she was curious about the building because it was built in 1915 and there aren’t many apartment buildings from this time period.

"I get curious about buildings that stand out, that are different and 6A Redwood does stand out, it is different," said Doucette who wrote the book Pigs, flowers and bricks: a history of Leslieville to 1920.

"So I did some digging and I found the story of Louella and Grandison Price," she said.

It turns out Louella and Grandison were born in the United States and left shortly after the Civil War.

Doucette traced Louella and Grandison through Toronto city directories and found they did several things including running a barbershop, restaurant and rooming house.

In 1892 the Prices were living at 192 York Street, the heart of Toronto’s black community. Luella had her own restaurant at 192 York St. Grandison later got a job as porter the CPR.

But what stands out is Grandison’s service in the army and Luella’s charity work.

"They were both heroes in their own way," said Doucette.

Doucette found records that say a G. Price enlisted in the 11th U.S. Colored Heavy Artillery on Oct. 8, 1863 — she believes it was Grandison.

Luella and a handful of other women started a Eureka Club in a cottage (the predecessor to the apartment building) 6A Redwood Avenue in 1910.

Eureka Clubs worked in small groups to help individuals in need in their community. The would reach out with assistance privately, on a one-to-one basis.

A listing in the Toronto Star from 1915. Courtesy of Joanne Doucette

After learning about Louella and Grandison, Doucette wondered if a currently unnamed laneway right next to the apartment building could be named after the couple.

She posted a message on the Coxwell & Gerrard Facebook Group to see if she could get letters of support from people living in the neighbourhood.

Another historical society and other residents have offered support in the project.

"What bugs me is that as individuals these people who contributed so much, have been completely wiped out," she said.

She believes their story is lost due to years of institutionalized racism.

"Racism is everyone’s issue – it has to be. You can leave it to people who are getting the short end of the stick on racism," she said. "Everybody has to take this on or it is not going to change,"

Most people have, thus far, been supportive of Grandison and Luella Lane, she said. Doucette hopes the name will help revive this story.

“To discover that history and to make it real for people is really important,” she said.