Multiple schools in Toronto are already dealing with COVID-19 infections 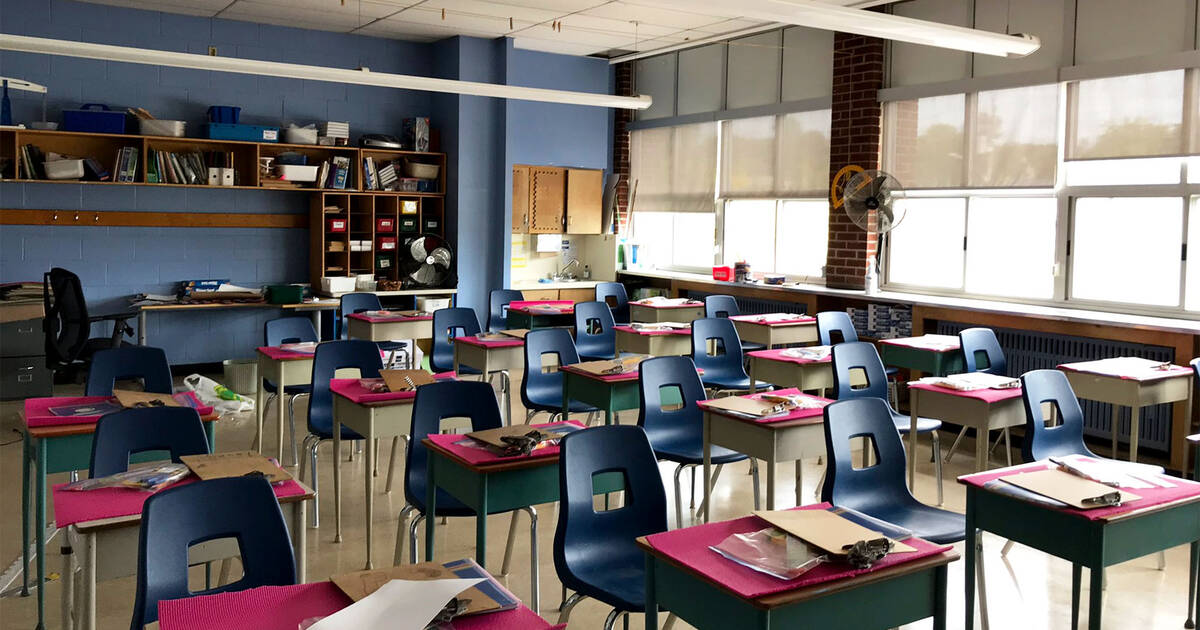 Schools in Toronto are already reporting cases of COVID-19 on their premises after just a single day of having some students back in classrooms.

In the Toronto District School Board (TDSB) specifically, one staff member at each of seven different institutions has been diagnosed with the virus so far.

All of them remain open and, interestingly, only had been previously identified on the city's list of those most at-risk for an outbreak.

7 schools in the #Toronto District School Board currently dealing with active cases of Covid-19. All are staff related.

Schools in the city are staggering the start dates for different grades between Sept. 15 and 17 as part of their safe reopening procedures, which varies slightly from the province's much-criticized plan for kicking off the academic year amid the pandemic.

Higher-income neighbourhoods with fewer cases of the virus have had a greater proportion of kids enrol in IRL learning, while more students in high-risk neighbourhoods have opted for remote learning instead.

This has led to a delay in the virtual school start date due to what the board calls "necessary staffing and timetabling required" to accommodate unanticipated numbers.

Due to increasing numbers and the necessary staffing and timetabling that are required, TDSB Virtual School will now start on Tuesday, September 22.

Other districts in Ontario that started in-person instruction earlier in the month likewise saw cases reported within the first day, as well as one staff walkout over personal protective equipment.

Premier Doug Ford and his team have said that schools in the province will send home specific groups of students or close entirely in the event of an outbreak, which is defined as two or more confirmed linked cases in students, staff or visitors within a 14-day period.

In both Ontario as a whole and Toronto in particular, around 7.1 per cent of COVID-19 patients have been 19 or younger, though officials are concerned about the growing number of cases among people under 40.

Children have been thought to represent a significantly lower number of cases of the communicable disease worldwide than any other age group in part because their lungs have a lower amount of a specific enzyme called ACE2, which scientists call "the doors that allow SARS-CoV-2, the novel coronavirus that causes COVID-19, to enter the body's cells."

Youth are also less likely to have the pre-existing conditions that contribute to a more severe presentation of and potential fatality from the virus.

But, new Canadian research shows that serious symptoms like strokes can affect a staggering half of young patients under 50.

by Becky Robertson via blogTO
Posted by Arun Augustin at 9:49 AM