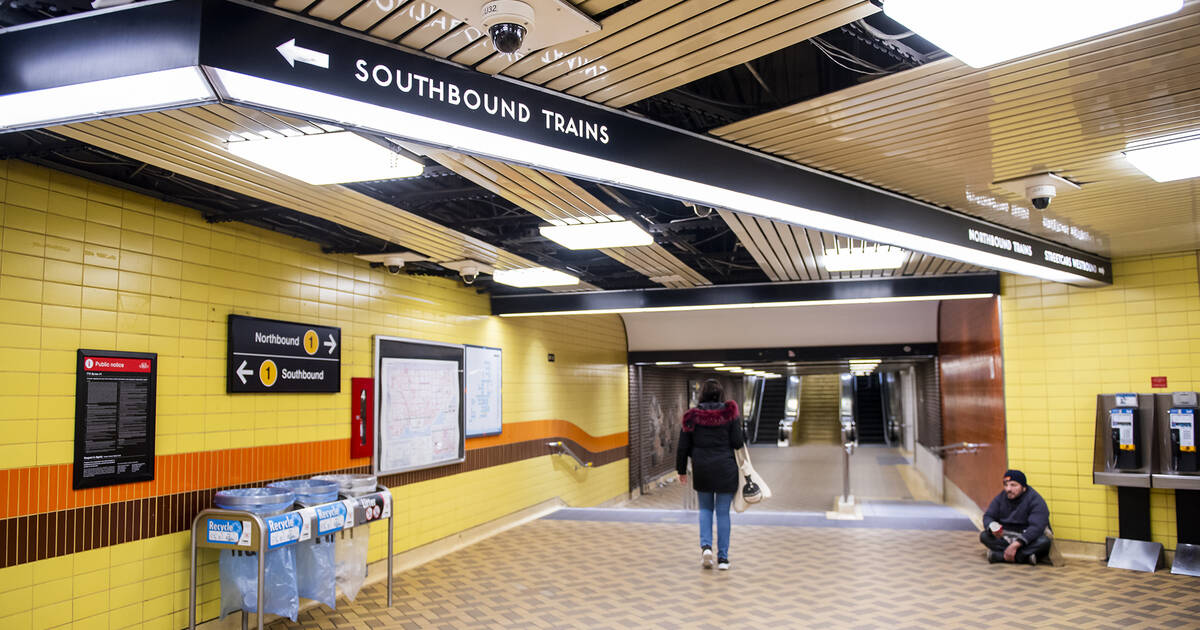 Riding the TTC during a global pandemic is one of the last things you want to be doing right now but for those who must: bring headphones.

A local musician has just put out an album of dreamy ambient tunes that are synced with trips on the TTC to help make your commute a little more bearable.

Head to Spotify to find TTC Line 1, Pt. 1 by Kilometre Club: a 46-minute-long album featuring 10 short tracks and a nearly 24-minute track for a continuous listen southbound from Finch to Bloor station.

According to Daniel Field, the musician behind Kilometre Club, the long track is timed for an entire journey "if all went smoothly."

"It's probably a bit unrealistic these days, but hopefully not too far off," he says. 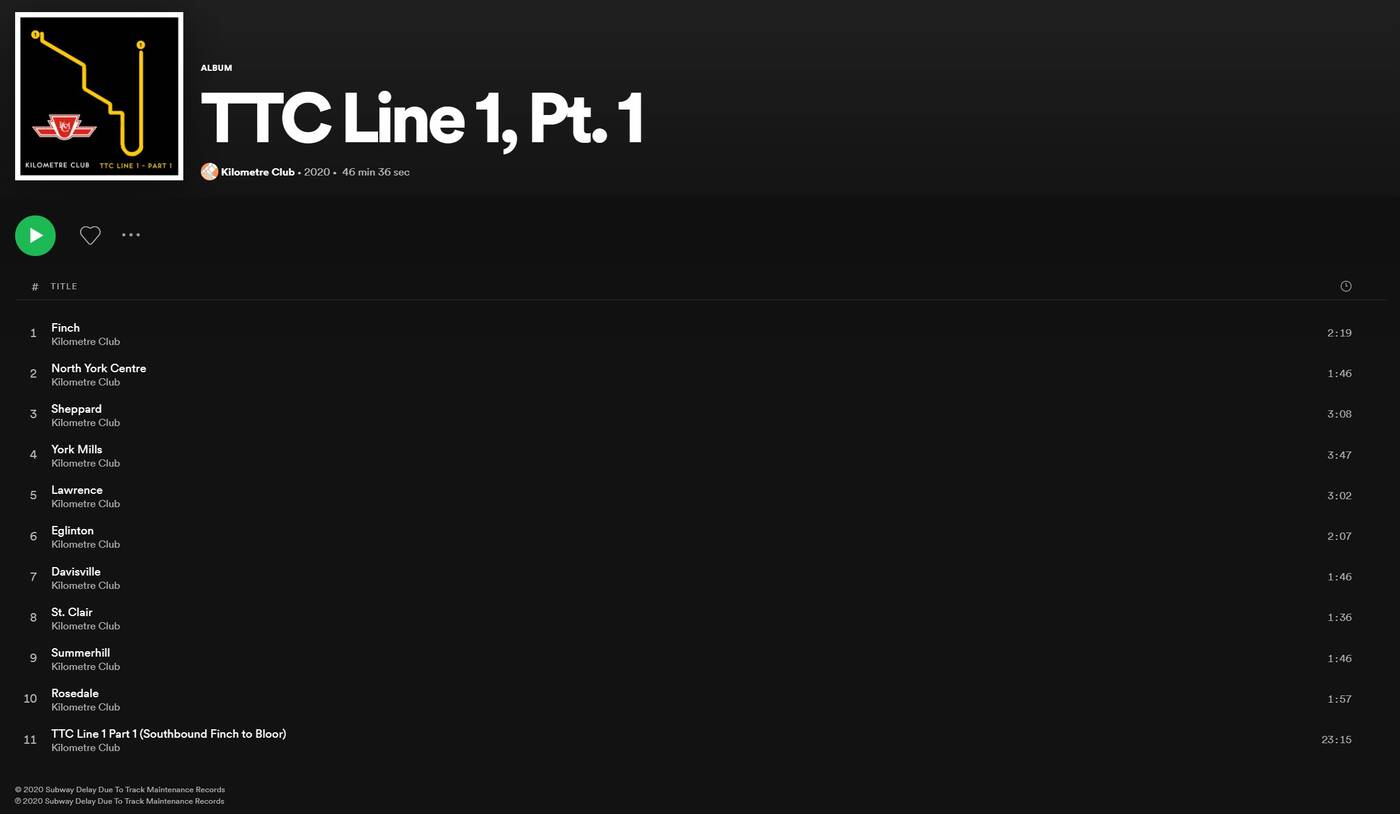 Local musician Kilometre Club has released a 46-minute-long album to coincide with a southbound ride on the TTC. Photo via Spotify.

Field, who has played both as a soloist and in folk and rock bands in the city, says he's been fortunate to not to use the TTC for his work commute.

"...I likely have a rosier perception of the TTC compared to most work day commuters," he says.

"[For] my friends and neighbours who have been commuting, especially now as the TTC gets busier, perhaps this album might be an opportunity to cancel out the noise of the world, escape in a book or a newspaper, and pull one's attention away from anxieties about transit use."

Good as background noise or for active listening, the experiemental tracks (brought to you by, aptly, Subway Delay Due To Track Maintenance Records) are definitely a more involved way of experiencing the seemingly-eternal wait between York Mills and Eglinton, or the sudden outdoor emergence at Davisville Station.

Using info from Rocket By Time, plus a few seconds of padding, the sound of chimes in each song signals the beginning of the next track.

"...It got me thinking about my time as a teenager living in the suburbs taking the subway from Finch, and how by the time I would fumble for my Walkman or Discman to distract from the subway noise, I wouldn't always have time to take out a book," says Field.

There are plans to release more tracks for the rest of Line 1, in several different parts. Field says he hopes to do the entirety of the TTC so that people can make individual playlists based on their route.

And for those who are blessed enough not to use the TTC these days, he says the door chimes might help to ring in a sense of nostalgia — maybe even "a somewhat utopian vision of properly functioning and predictable transit."

"Or it'll just remind them to buy a bike!"