Someone made a 3D printed version of the downtown Toronto skyline 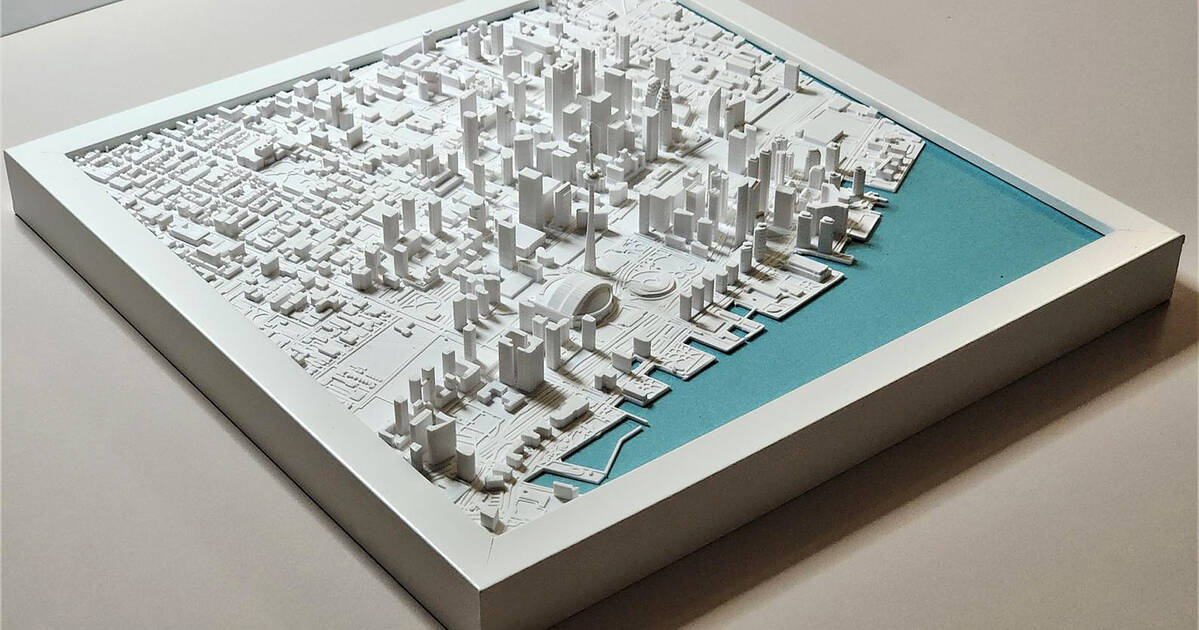 Jason Cavanaugh has been making and selling 3D printed versions of different North American cities for roughly a year now, and his latest creation depicts the downtown Toronto skyline in all its glory.

But Cavanaugh isn't from Toronto or even Canada. He was actually born and raised in Philadelphia, PA, where he lives to this day, but he told blogTO he chose to create a piece based on Toronto because of the city's unique architecture.

"I started with Philadelphia, close to where I live, and began creating models of cities I've visited and with interesting architecture," Cavanaugh said.

"Most of my focus has been on U.S. cities, but I've begun creating models of other iconic cities throughout the world, including London and Toronto. I chose Toronto because I wanted to capture the unique waterfront architecture, and I've received a few custom requests for it."

So how exactly does one go about creating a realistic, 3D piece of art like this, you may ask? Well, it's certainly not a simple process.

The modelling took about two weeks to complete, according to Cavanaugh, and the printing process took about 36 hours for each piece.

"The process varies depending on the data that is available, but I tend to start with open-source data for roadways, coastlines, and building footprints. I created a partially automated workflow to generate a 3D-printable model from the raw data," Cavanaugh said.

"It involves extruding the building footprints into 3D solids and cutting away the waterways. Finally, I add details to the model manually using Computer-Aided-Design software to include features of key buildings and landmarks, using satellite images and Google Earth as a visual reference," he continued.

"I've also used LiDAR scans for small-scale models, where precision is less important. Overall, the process is a bit tedious but rewarding to bring such intricate cities to life on a small scale. I'm continuously working on improving my process to allow greater accuracy and quality."

Cavanaugh sells his 3D models on Etsy, and he says a few of his Toronto pieces have already sold. But the expensive materials and intensive process required to create one of these handmade items means they don't come cheap.

Currently, the Toronto wall art is selling on Cavanaugh's Etsy store for $199.67 — and that's with a 10 per cent discount.

But while Cavanaugh describes his pieces as more of a hobby, creative outlet, and learning project than anything else, he says he's fortunate that sales of his art have funded his purchasing of more advanced 3D printers and software, giving him the ability "to continue pushing the limits."

He also says the reactions to his creations, including the Toronto piece, have been overwhelmingly positive.

"I like to hear the stories and reactions when people gift a city to a significant other. Some have given these as anniversary gifts, showing the location they were engaged, or showing their house on a 3D map," Cavanaugh said.

"I get the most satisfaction out of hearing the sentimental value the pieces bring. I also love to hear peoples' ideas about how the work can be modified to inspire new designs, such as integrating the model into glass tables and displays, and adding background color."