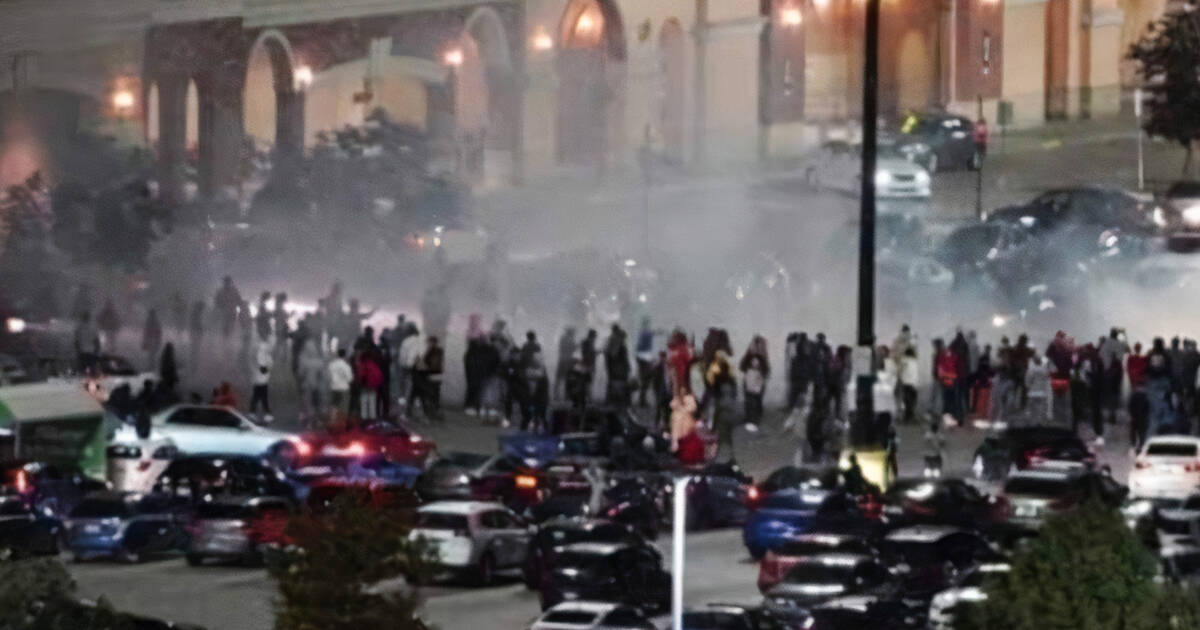 When will enough be enough for someone to crack down on Toronto's illegal street racing scene?

Hundreds of people have been gathering regularly for years at intersections and in parking lots around the city to spin their cars around wildly or film other people doing the same, all while generating enough noise to fill entire neighbouhoods late at night.

The acts are not only loud and obnoxious, they're incredibly dangerous: Videos from meetups often show people running with their phones up next to cars that are doing donuts, often coming within inches of the vehicles as they whip around.

These Fast & Furious-style meetups aren't new, but they have grown in size and frequency since the COVID-19 pandemic minimized traffic on local streets this past spring.

Toronto Police reported in March that stunt driving had increased 200 per cent over the year previous, and it hasn't slowed down at all since then: Stunt driving charges were up by 357 per cent, year over year, between March and June of 2020.

This weekend alone, at least three massive meetups caused problems for police and anyone living within earshot. In one instance, crowd members were bold enough to jump on a police cruiser and damage it.

TPS confirms that officers responded to the Meadowvale Road and Zoo Road area around 2:30 a.m. on Saturday, Septermber 12 for reports of "a large number of vehicles" blocking off the intersection.

This, two hours after responding to a parking lot near Kennedy Road and Progress Avenue to disperse more than 100 cars.

"The officers' cars were surrounded by people. The crowd became hostile and people began attacking the police vehicles. At least one vehicle was damaged as a result."

"An investigation into the reports of stunt driving, as well as the damage caused, has been launched," says Osborne."Footage of the incident has been recovered by investigators and they are working to identify those involved."

Footage from the incident also hit YouTube on Saturday, along with videos from meetups at Placer Crescent and McNicoll Avenue (north of Finch near the 404) and at Laird Drive and McRae Drive, in the parking lot of the SmartCentres Leaside shopping mall.

Toronto has long been sick of these stupid street racing meetups, but it seems as though little has been done to curb the problem lately.

Police do charge people who get caught — like the winner who shut down Yonge-Dundas Square to do donuts back in April — but these Toronto drifters continue on, either unafraid of the law or certain that they'll never be apprehended and charged.

Annoyed residents have had enough and want the cops to crack down even harder. Whether or not TPS has resources to do so is another story.

A change.org petition started this weekend after a wild night of multiple street races calls for police to "end Toronto drag racing and stunt driving."

"The health and safety of residents should be our government and law enforcement's priority," reads the petition, which has so far garnered a humble 58 out of 100 intended signatures.

"As the city is being ravaged by hundreds of drag racers/stunt drivers and with little response from Toronto Police, residents are fearful for the safety of their community," it continues.

"This illegal driving activity also promotes large gatherings where there is no social distancing, potentially spreading COVID-19, and increasing health risks for everyone."

It is not clear what the petition is asking for, aside for "greater action" from law enforcement to "dismantle drag racing/stunt driving groups" in Toronto, but the sentiment is clear: People are mad and they want this to stop.

"Many residents inform the police of drag racing in their neighborhood with little to no response," the petition states. "Residents are fearful and angry that perpetrators' reckless driving continues without penalty."

And the penalties are real: While "stunt driving" in particular is an offence punished under Ontario's Highway Traffic Act, anything considered to be "dangerous operation of a motor vehicle" — such as donuts — is punishable under the Criminal Code of Canada.