The history of the legendary Becker's convenience store in Toronto 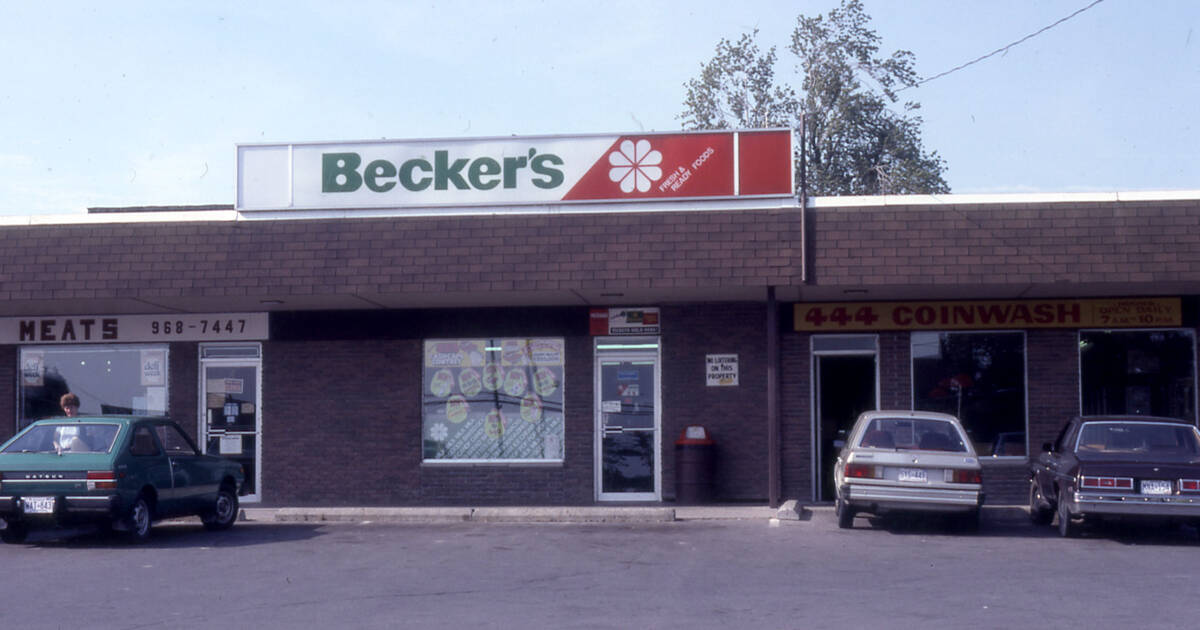 The Becker Milk Company reported financial results today and if you were surprised to learn some semblance of the convenience store chain still exists, you're probably not alone.

Those who grew up before the days of 7-Eleven and Circle K will remember the days when a Becker's convenience store was seemingly in every neighbourhood. At its peak, the chain boasted 500 stores in 120 cities in Ontario.

One of the many highlights of the Christmas season was indulging in that rich creamy nectar of the gods known as eggnog, and while you could find various offerings around town, nobody made eggnog as heavenly or affordable as the Becker's chain of dairy and convenience once did.

Not only was their eggnog crafted to perfection, but also their popsicles, ice cream, milk, chocolate milk, soda, bread, juice, coffee, cream, donuts, hot dogs and pretty much everything else they put their name on. 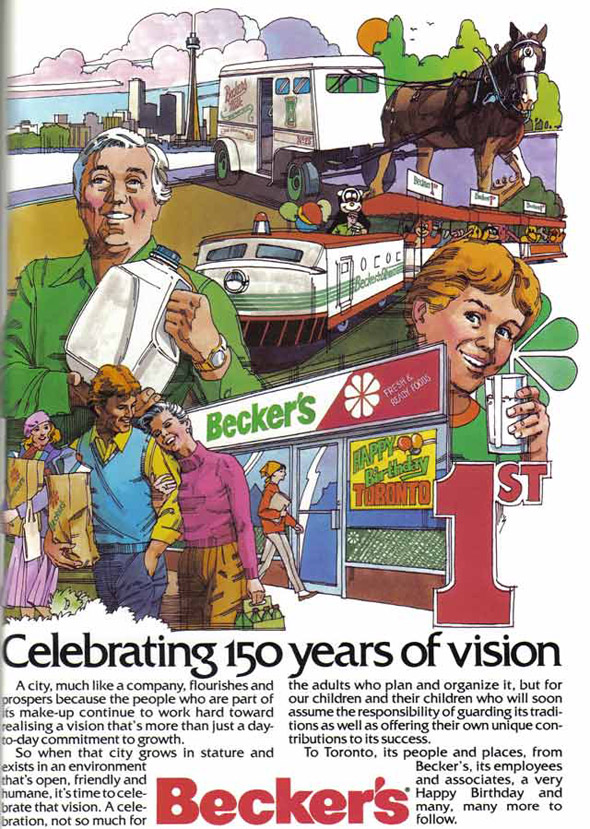 Legendary Canadian rockers Rush made a habit of accrediting "special thanks" to Becker's brand chocolate milk in many of their albums, leaving no doubt as to what majestic liquid was fuelling their complex progressive sound ship.

Founded in Toronto in 1957, Becker's was the king of convenience stores, primarily because of their cheap prices, ubiquity in the GTA and of course their already mentioned champion selection of own-brand treats and sweets.

They also rented movies, in both VHS and Betamax formats, just for the win.

Like many other fondly remembered retail relics of that era, Becker's fostered a lot of goodwill through television advertising.

For 80s kids prone to bouts of hyperactivity from guzzling bowls of Frosted Flakes doused in Becker's half and half cream chased down with grape soda and banana popsicles, this Dukes of Hazzard inspired commercial was as close to a direct hit as you could possibly get.

In 1996, Becker's assets were acquired by Silcorp, who itself was acquired by Alimentation Couche-Tard three years later.

Couche-Tard owned 7-Eleven and Mac's, and opted to phase out the Becker's brand in favour of Mac's (although the Becker's flower logo remained on other Couche-Tard properties such as Dairy Mart and Daisy Mart).

The Becker Milk Company morphed into a real-estate investment company which is still traded on the TSX and who owns the property of the majority of former Becker's locations. 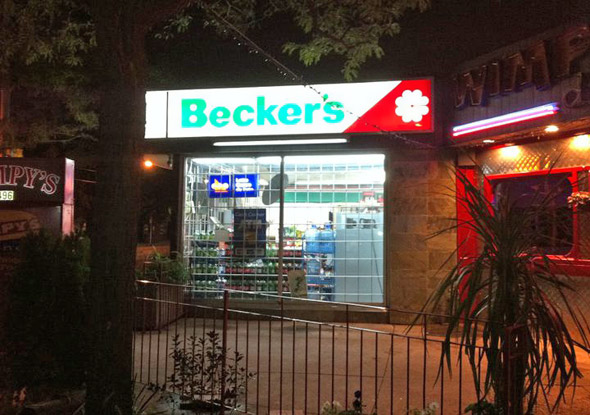 The Becker's store at 1494 Kington Road.

A few franchised locations opted to keep the Becker's name and logo, such as the one at 1494 Kingston Road in Scarborough , but don't be lulled into a false sense of thinking they might carry any beloved Becker's branded product.

While you can still get fairly decent but pricey eggnog in Ontario, nothing since the demise of Becker's has come close to equalling their utterly toothsome flavour of that sweet Christmas infused beverage. 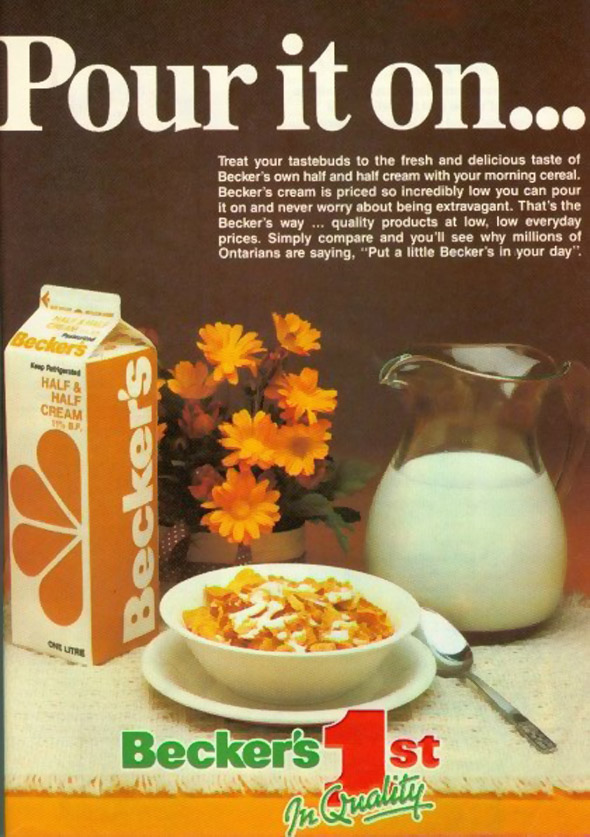 Meanwhile, Rush's last great album was produced in 1996: Co-incidence? I doubt it.

by Staff via blogTO
Posted by Arun Augustin at 6:48 PM