The history of Sunnyside Amusement Park in Toronto 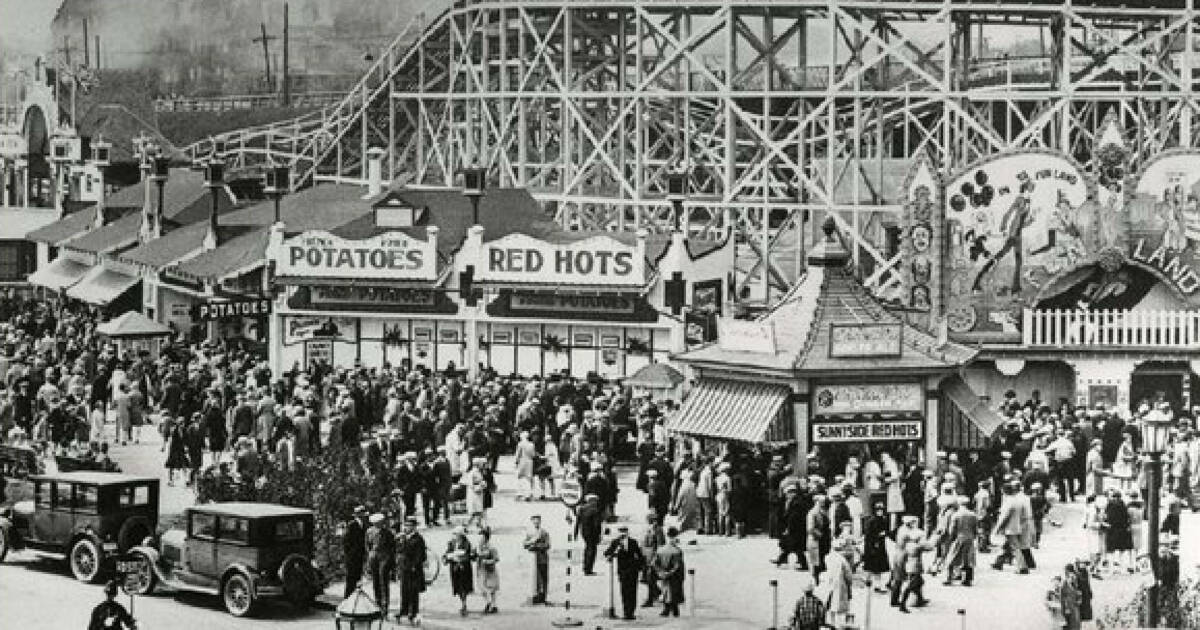 At the foot of Roncesvalles Avenue today eight lanes of traffic roar in close proximity to Sunnyside Beach, but merely 65 years ago, Torontonians would flock to what was then the city's favourite summer playground, affectionately dubbed "the poor man's Riviera."

According to Mike Filey's I Remember Sunnyside: the Rise and Fall of a Magical Era, Sunnyside Amusement Park first opened in last 1922.

The idea for a lakeside attraction can be traced back to Charles Phillips, who in 1911 applied for a permission to the Toronto Harbour Commission to operate an amusement device on the shore of the Humber Bay.

THC was created the same year in order to redevelop and revitalize the waterfront (a project that's yet to be completed today).

Phillips's scheme never came to fruition, but THC continued to receive various requests with proposal for other concessions, which were an exotic mix of palmistry tents, "guess your weight" scales, drug store, rides, and beach chair rental.

Finally, THC settled on the installation of seven rides, a merry-go-round, and a Whip. 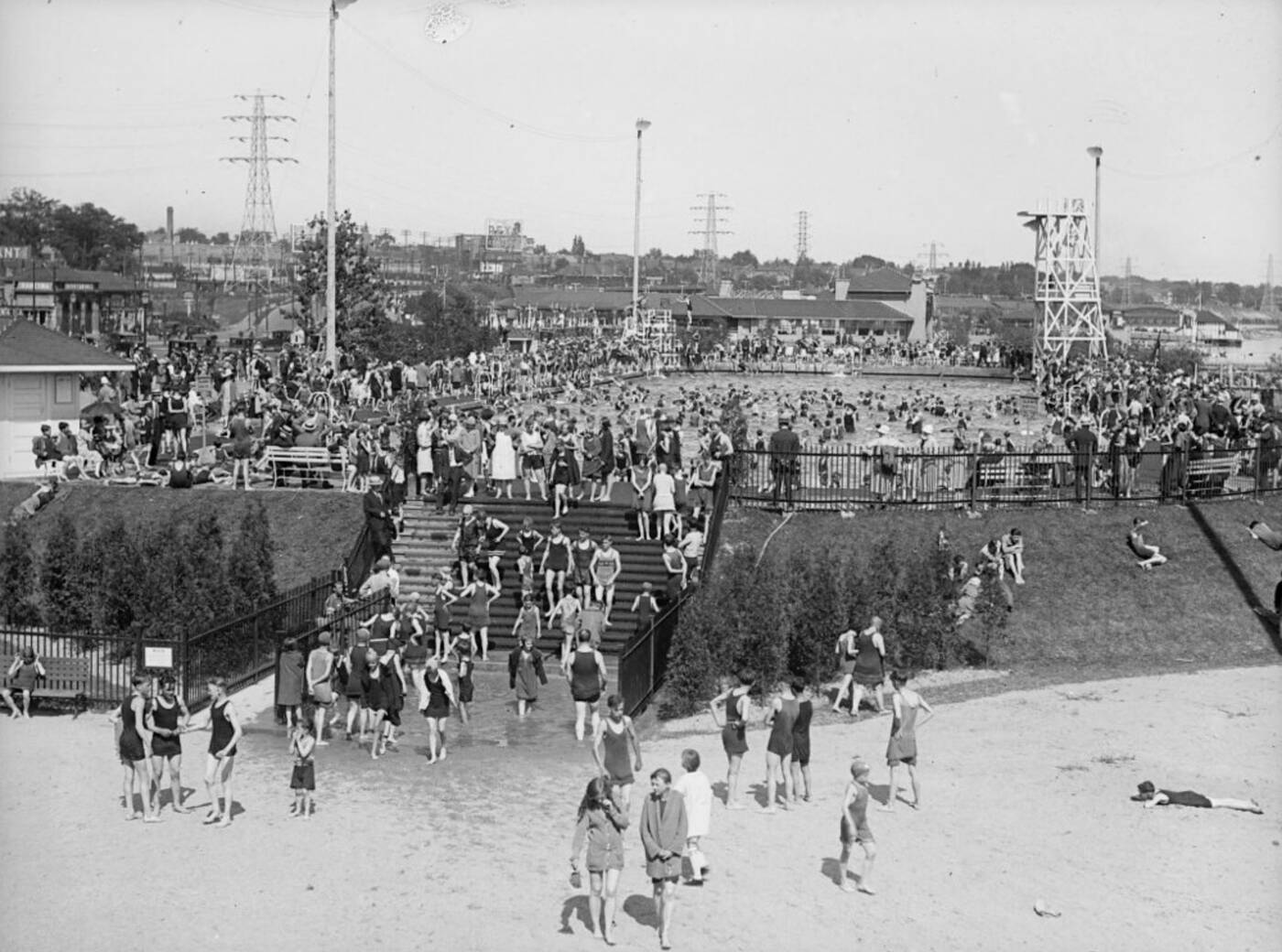 The Sunnyside Bathing Pavilion as it looked in 1926.

Advertised as "one of the best equipped and most modern amusement resorts on the continent," the headlines on the opening day were ecstatic: "Sunnyside Ushers Toronto the Threshold of Her New Era," proclaimed the Globe, "Sunnyside Inspires Visions of Greatness-to-be of Toronto," read the front page of the Evening Telegram. 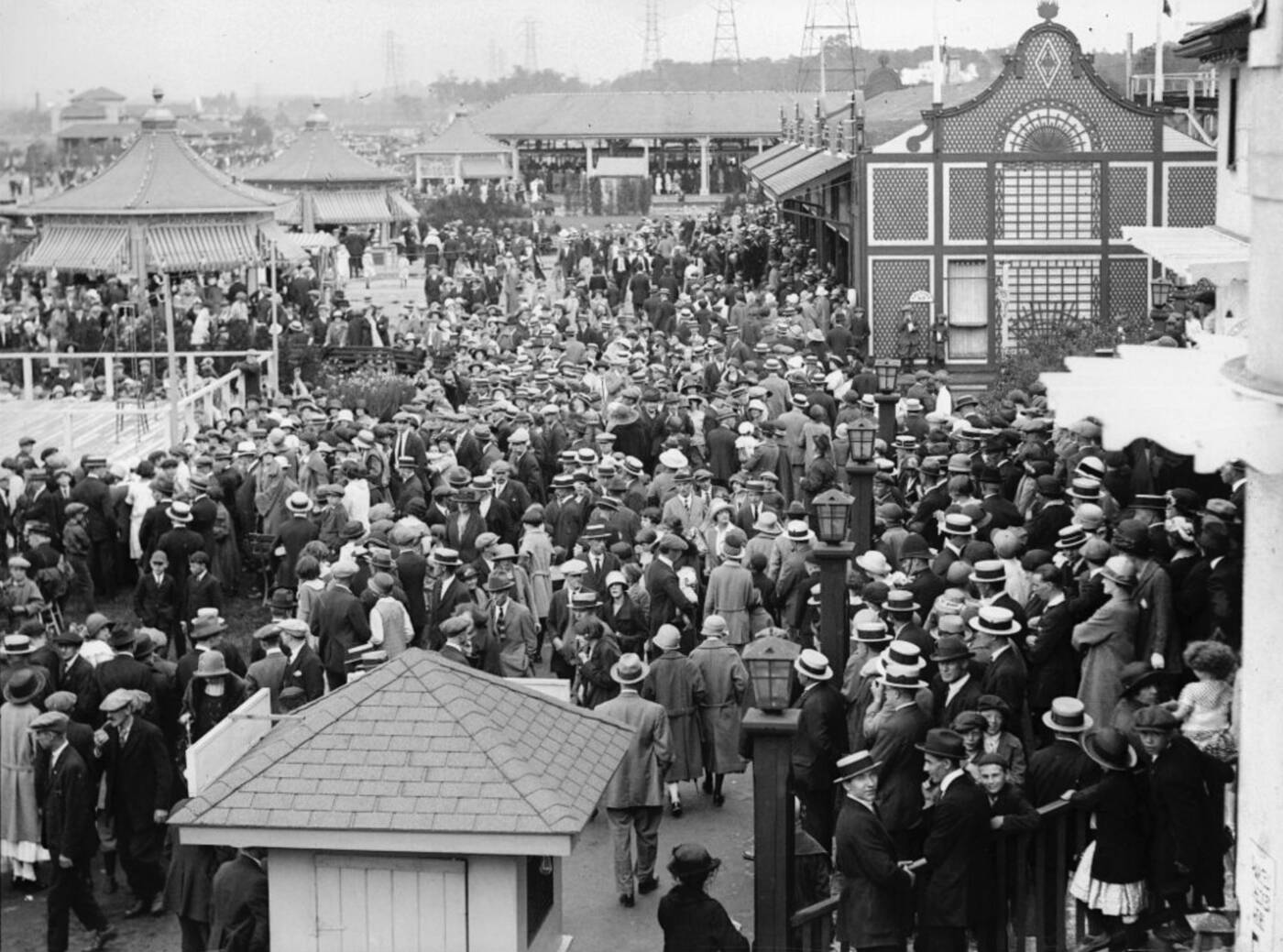 The name "Sunnyside" precedes the park by few decades.

The villa of John George Howard, the Warden of High Park, located in the close proximity of the present site of St. Joseph's Hospital, was the first structure on the shore of Lake Ontario to bear this name.

The moniker was later used to refer to an area between Roncesvalles Avenue to the east and Humber River to the west, annexed to the city on January 2, 1888.

In addition to the numerous attractions of all sorts, the park was also home to various landmarks, some of which later became prominent and survive to this day.

These include the Palais Royale (constructed as a boat factory, later converted to a dance hall), the Parkdale Canoe Club (first established in 1906) and the Sunnyside Pavilion (built in 1922).

Toronto's lakeside playground also hosted a number of major annual events, which always attracted sizable crowds, such as the Easter parade, which took place on the wooden boardwalk, and the Miss Toronto Contest, first held in 1926. 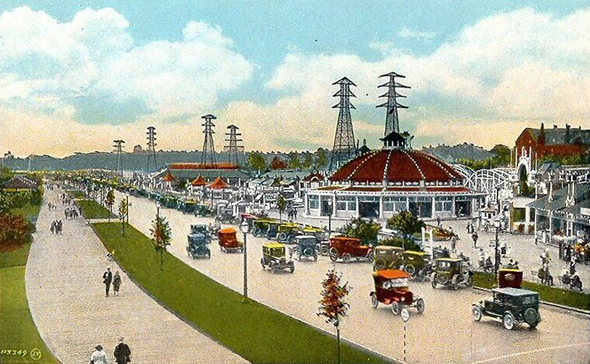 A postcard of the amusement park.

The attraction came to an end in 1955, and the closing and subsequent demolition in 1956 are often perceived as one of the foremost causalities of the automobile age in Toronto.

The aging park gradually came to be seen as a major barrier between the increasingly suburban west end and downtown.

While the area declined quickly after the construction of the Gardiner Expressway, today Sunnyside Beach is still a popular summer spot in the city, though not nearly to the extent that it once was.