This history of the Scarboro Beach Amusement Park in Toronto 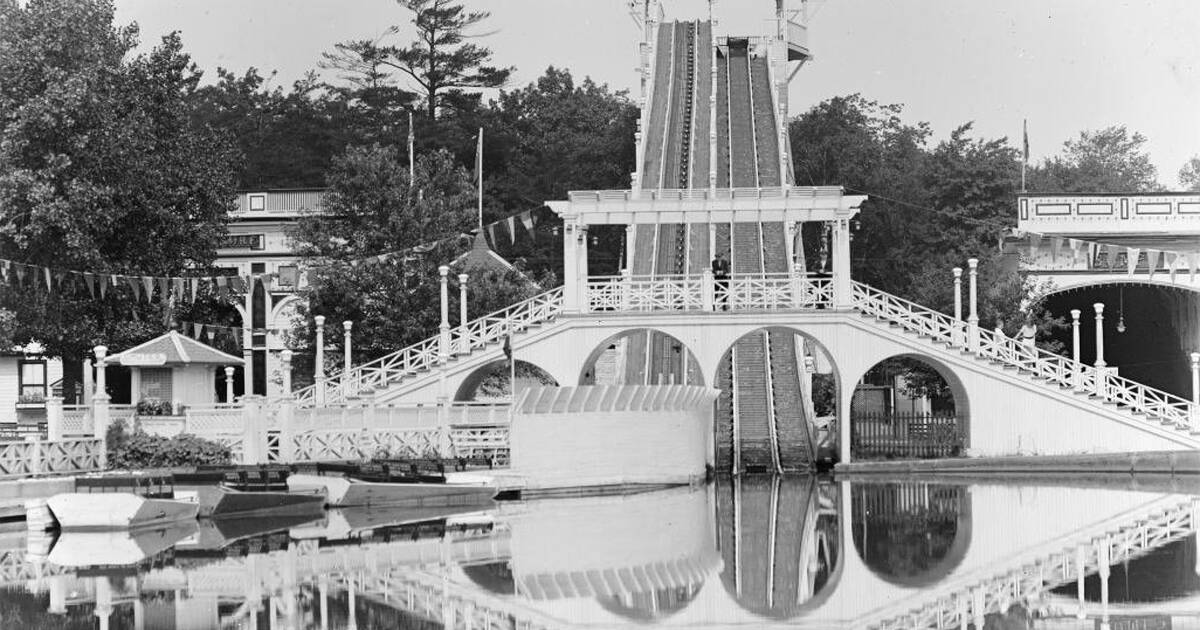 Scarboro Beach Park was a lakeside attraction in Toronto in the early twentieth century. It's neither as famous nor as widely and nostalgically remembered as the Sunnyside Amusement Park, but it's still worth a peek into its past.

According to Mike Filey's I Remember Sunnyside: the Rise and Fall of a Magical Era, the park was opened in 1907.

It wasn't the earliest attraction of this type east of Yonge Street. It was preceded by Victoria Park, located near the present intersection of Queen and Victoria Park, dating back to the 1880s. 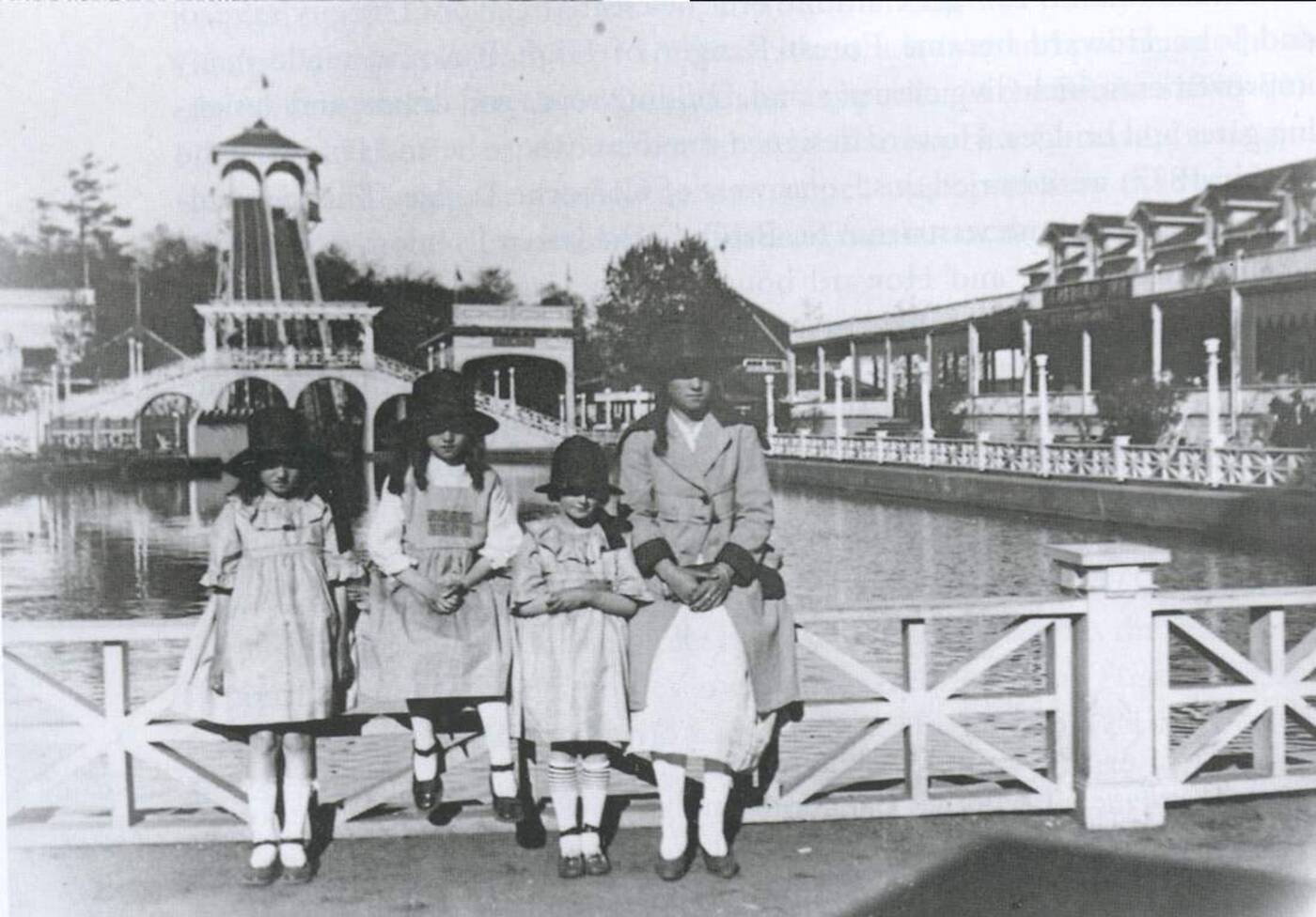 A family poses for a photo at the Scarboro Beach amusement park.

It was financed and operated by several distinguished citizens of the day, including John Irwin, an alderman, Rob Davies and P.G. Close.

It opened annually on Victoria Day, and it was popular with those residing in Toronto. The passengers were brought on steamers that boarded on the shore at the foot of Yonge Street.

The land on which the park stood was later sold for development. The only surviving remnant from the past is the name used for a road, which later came to signify the boundary between East York and Scarborough. 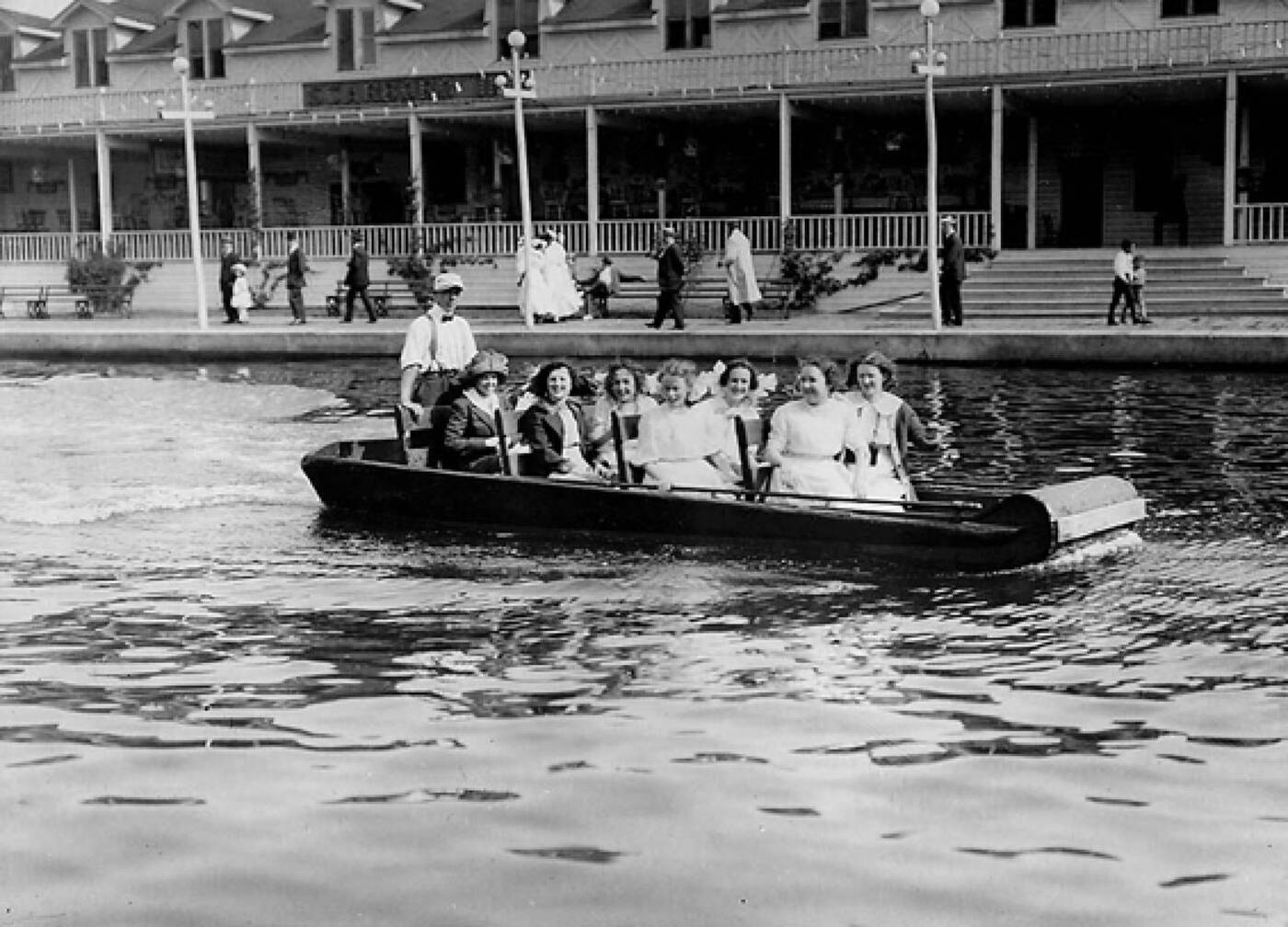 People having fun after "shooting the chutes" at Scarboro Beach Park in 1909.

In 1912, Toronto Railway Company purchased the Scarboro Beach Park and subsequently invested in it, making it more both popular and profitable.

The existing facilities were considerably expanded and transformed into a trolley park.

TRC was of course in the transportation business, and the purchase directly contributed to the increase the profits from the park on par with the money made from the streetcar line, which was also operated by the TRC, and which ended in the close proximity to the park. 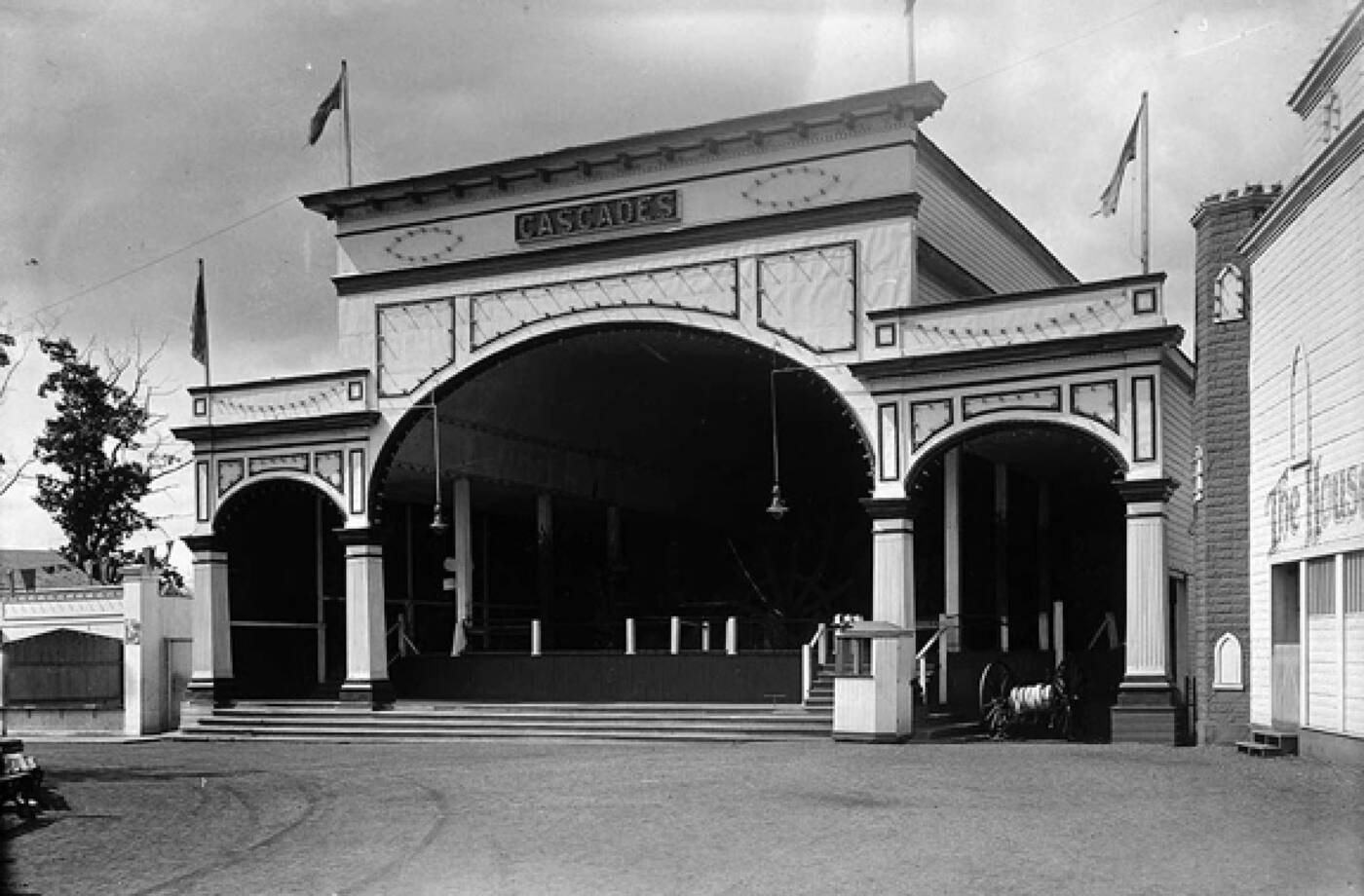 According to a newspaper advertisement from May 20, 1920, which announced the opening-day attraction at the park, the management attempted to appeal to both child and adult visitors.

It offered two separate schedules of attractions, which were similar, held at two different points of the day.

In the evening, when the park would be cleared of the children, adults were invited to participate in a similar set of activities, which were identical to those offered to the kids, but also included games. 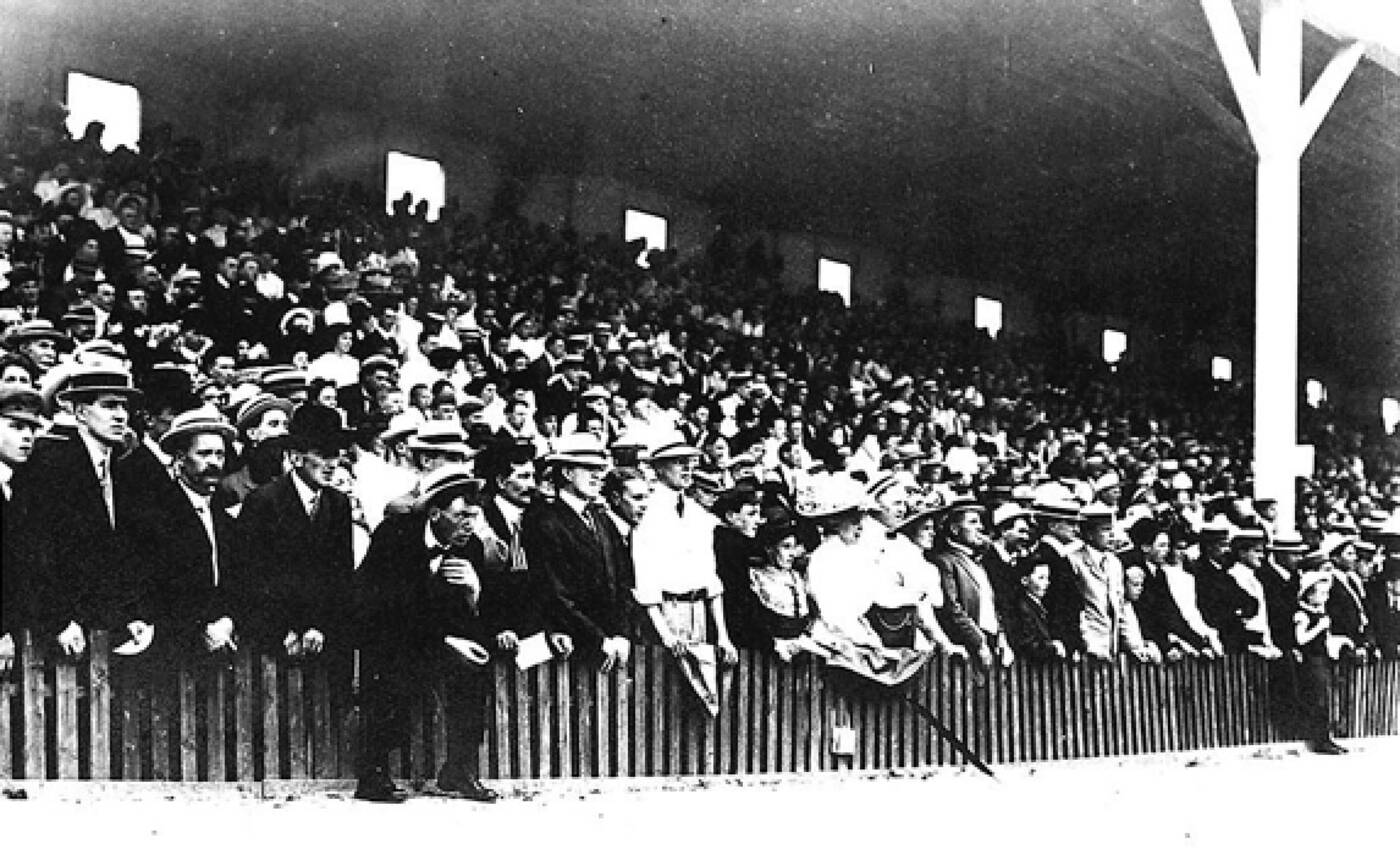 A crowd watching lacrosse at Scarboro Beach Park in 1910.

Attractions were numerous, ranging from rides, such as the Scenic Railway, to shooting gallery, hoop game, red-hot stand, circus gallery, and performances of acrobats, jugglers, and magicians, and musicians.

The six-day bicycle race was one of the most popular events, which was actually a human endurance contest, popularized in the late nineteenth century.

The cyclists would pedal round and round the lacrosse track, with brief interruptions for food and drink, but apparently nothing more. 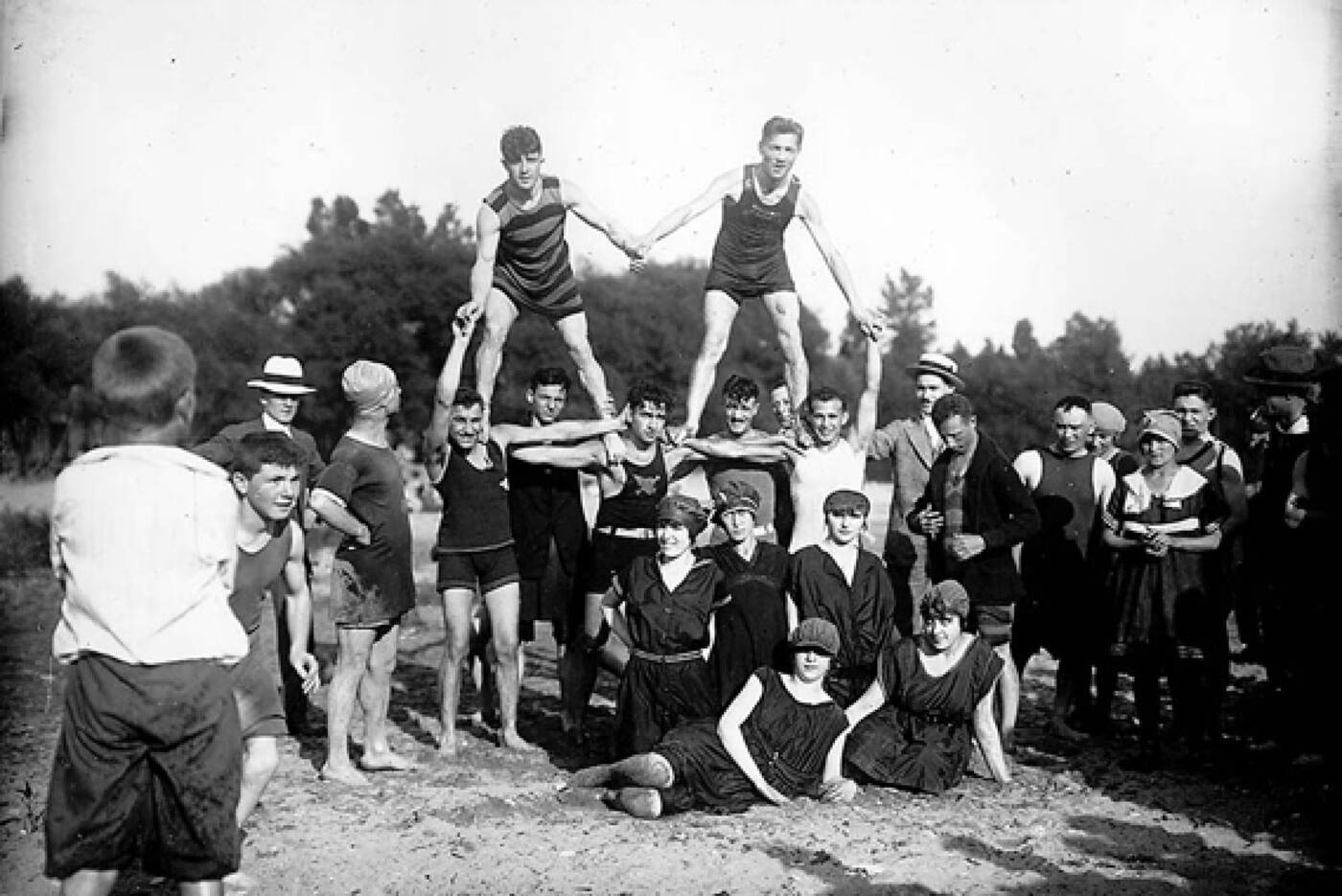 The life of the Scarboro Beach Park unexpectedly ended when the TRC locked the gates to the property in 1925.

When the responsibilities of providing public transportation in Toronto were handed over to the newly formed Toronto Transportation Commission, the TRC wanted to forcibly transfer the ownership to the TTC, but it failed.

Later, the site was sold to the Provident Investment Company, which cleared the area of all the buildings and rides and eventually replaced them with houses.

Like Victoria Park, Scarboro Beach Park survives only in the name, used for a street, Scarborough Beach Boulevard, which sits on the site of the former path that led from Queen Street East to the entrance gate of the park.