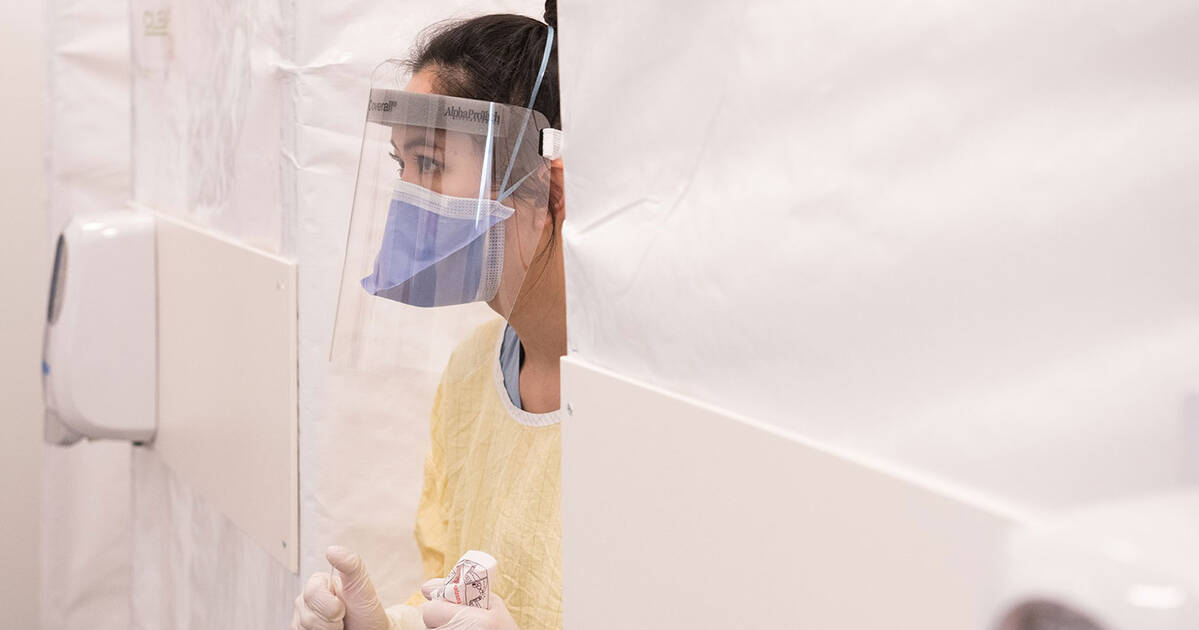 The Federal government announced today that Torontonians who've tested positive for COVID-19 now have the opportunity to isolate outside of their homes to reduce the risk of infecting their families or other members of their household.

The new site, which is operated and staffed by Toronto Public Health (TPH), opens Saturday.

Taking over an undisclosed hotel in the city, the site will have a capacity for up to 140 individuals to self-isolate for two weeks or until they are asymptomatic.

According to the Public Health Agency of Canada health release, TPH investigators will be following up with case and contact tracing, and interview people who "would benefit from the use of the isolation site, and seek their voluntary agreement."

"Preliminary data analysis has revealed that COVID-19 is disproportionately impacting lower-income households, people who identify as members of a racialized group, and individuals who live in households with five or more people," said Cressy.

"For these households, a safe place to go away from home can make all the difference between containing the virus and infecting an entire family, including members who may be high-risk."

Eligible clients include those who unable to safely isolate at home due to living in a small space with a large number of household members or those living with family members who are at high-risk for the virus.

It also includes family members of a person who tests positive for the virus but are unable to safely relocate themselves, in which case family members can relocate instead.

When checked into the site, clients will be provided with daily meals, bedding, cleaning and have regular phone check-ins with TPH staff.

The Federal government has provided $13.9 million to the voluntary isolation site for it to operate for the next year.

Similar isolation sites have been running in New York, Chicago and Wuhan, China, as the global fight against community transmission continues.

Toronto already has two isolation sites but only for people experiencing homelessness, making this voluntary iteration the first of its kind nationally.