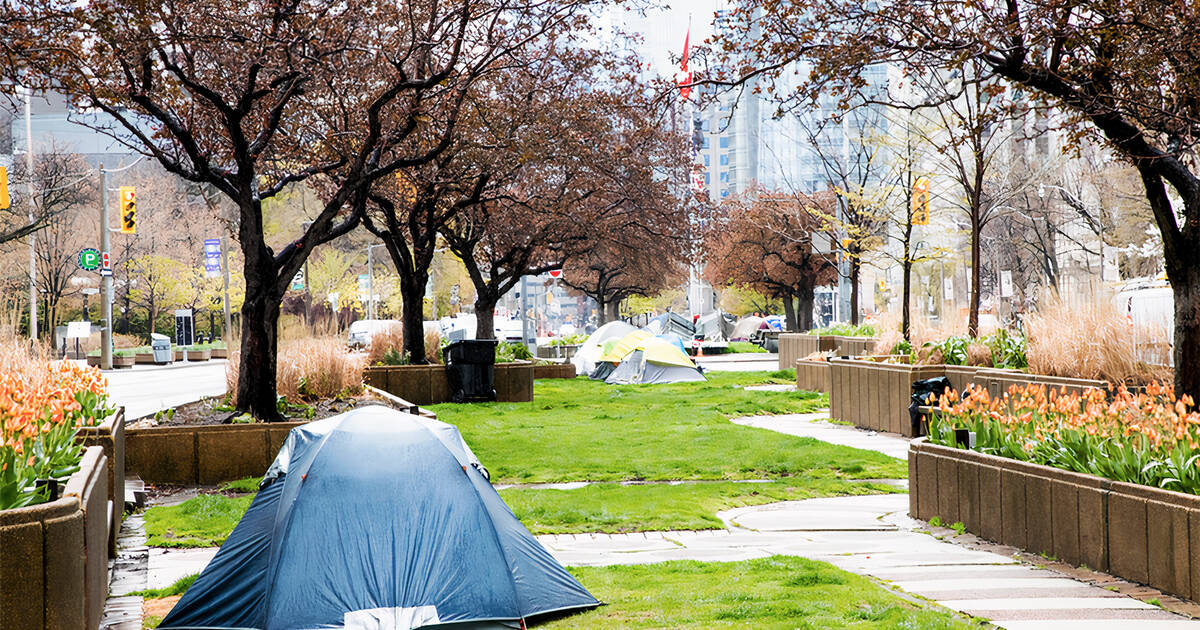 While businesses in Ontario that can't quite make their rent due to COVID-19 don't have to worry about being evicted until at least the end of September, the moratorium on residential evictions in the province has been over for more than a month now.

This means that people still struggling to make ends meet after the financial blow of the health crisis may find themselves booted from their house — like one Torontonian who is seeking a new owner for his two cats while he braces himself for impending homelessness at the end of this month.

Neighbours started noticing posters hung along Bloor Street West from a Bryan Bowler, who is desperately trying to rehome his pets as he faces losing his own home.

"Garfield and Misty are brother and sister born six years ago. They need a new home because I will be on the streets at the end of September," the flyer reads. "I don't want to separate them."

Bowler is, according to social media accounts, a 70-year-old who lost his job at a seniors facility amid the pandemic.

But fortunately for him, his heartwrenching story was shared widely across Facebook and Reddit over the past few days, and a gofundme was soon after started to help him and his kitties out.

This story made me sob at my desk. It's so heartbreaking to continue to see more and more people fighting to simply survive in this city. Housing Fund For Bryan https://t.co/cmonHRFkkJ

"I originally heard of Bryan’s story because he posted flyers in our neighbourhood looking for somebody to take care of his two cats," the crowdfunding campaign reads. "He is set to be evicted at the end of September from his current apartment as he has fallen behind on his rent."

The founder goes on to say that the exposure the situation has garnered thankfully led to "multiple options" for Bryan's feline friends — and now the community is banding together to help Bryan himself.

In just two days, just over $2,500 and counting has been raised for the cause, which is now called "Housing Fund for Bryan."

The man's plight has evidently touched many, especially given the economic and other hardships COVID-19 has brought, and also the city's notorious affordable housing crisis.

"Best wishes to Bryan and his lovely cats," one individual wrote along with their donation. "I'm saddened and angered that our government hasn’t taken steps to prevent Landlords from evicting those affected by COVID cutbacks and layoffs."

"This is so upsetting — and I know he is not the only person in this position," another wrote on a Reddit thread on the topic.

"I hope everyone following this thread are contacting their political reps to advocate for him and everyone else who is struggling to survive in this pandemic (and otherwise). No one should be without a safe place to live. Especially not now."

Bowler was unavailable for comment for this story but according to updates by posters who claim to know to him, he still seems to be living in his home while trying to secure a new place through Toronto Housing.

by Becky Robertson via blogTO
Posted by Arun Augustin at 4:48 PM