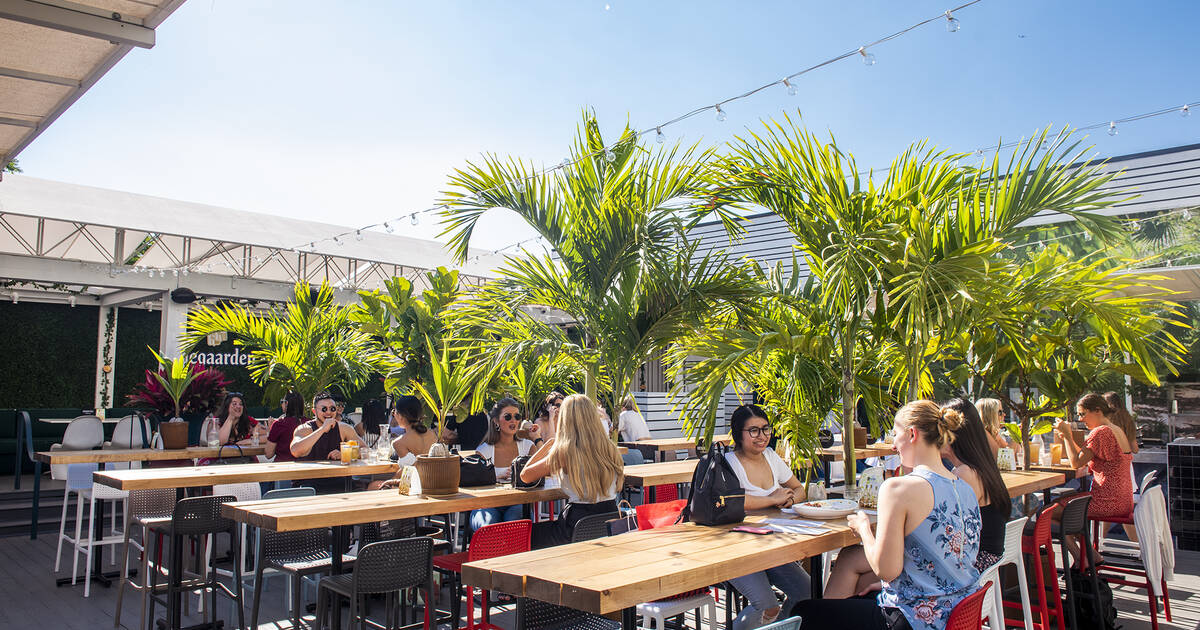 The Canada Day long weekend is the perfect time to check some of the new patios that have opened in Toronto off your summer bucket list. These patios serve everything from oysters to beer cocktails, Portuguese to Caesars, so get out there and soak up that summer sun you’ve been longing for.

Here are some new patios to check out this Canada Day long weekend in Toronto. 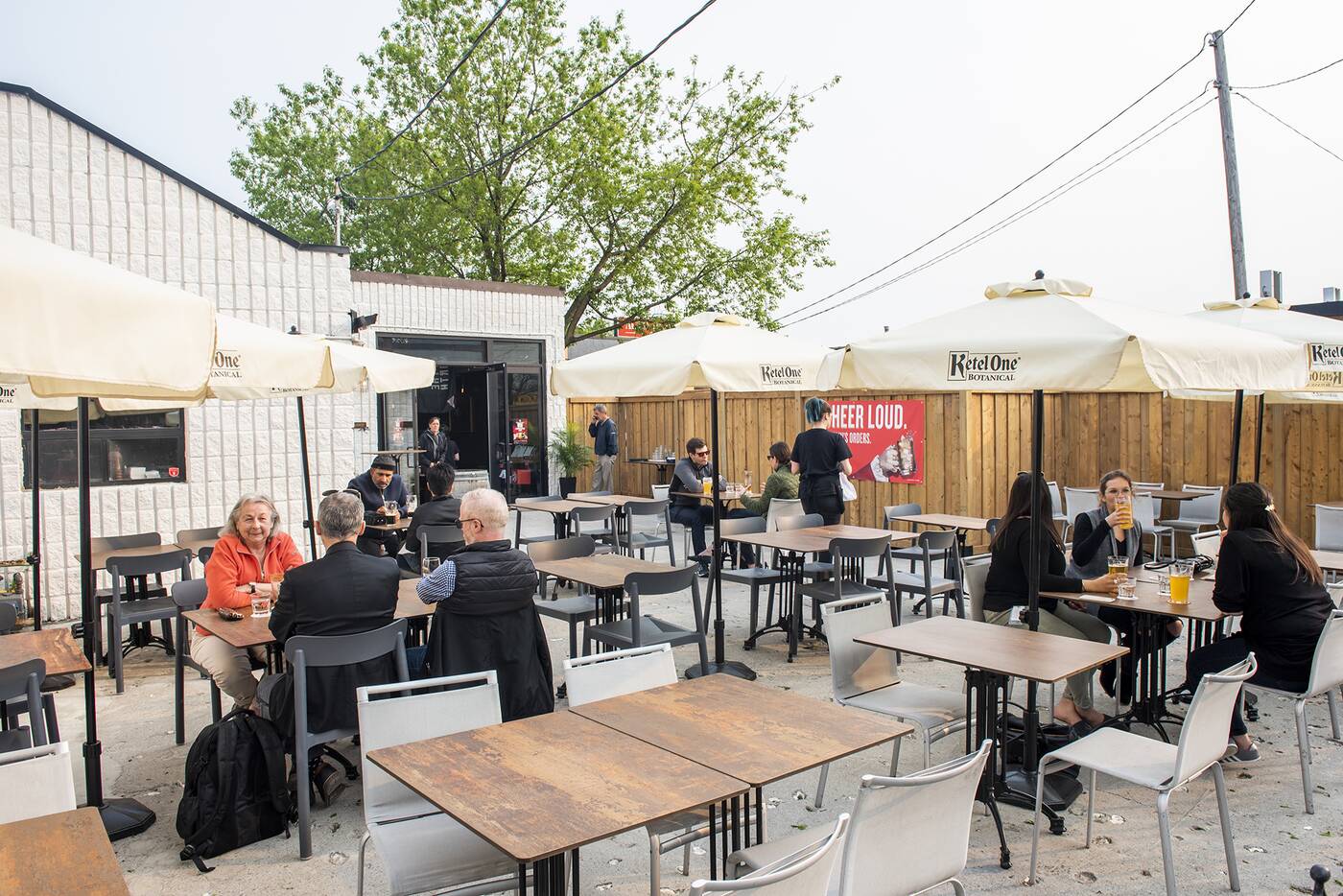 The Burren patio is a step up from what used to be Ceili Cottage in Leslieville. Photo by Hector Vasquez.

Sip on a smooth and frosty Guinness on this new Leslieville patio formerly home to Ceili Cottage, where they’re also having a Canada Day BBQ. 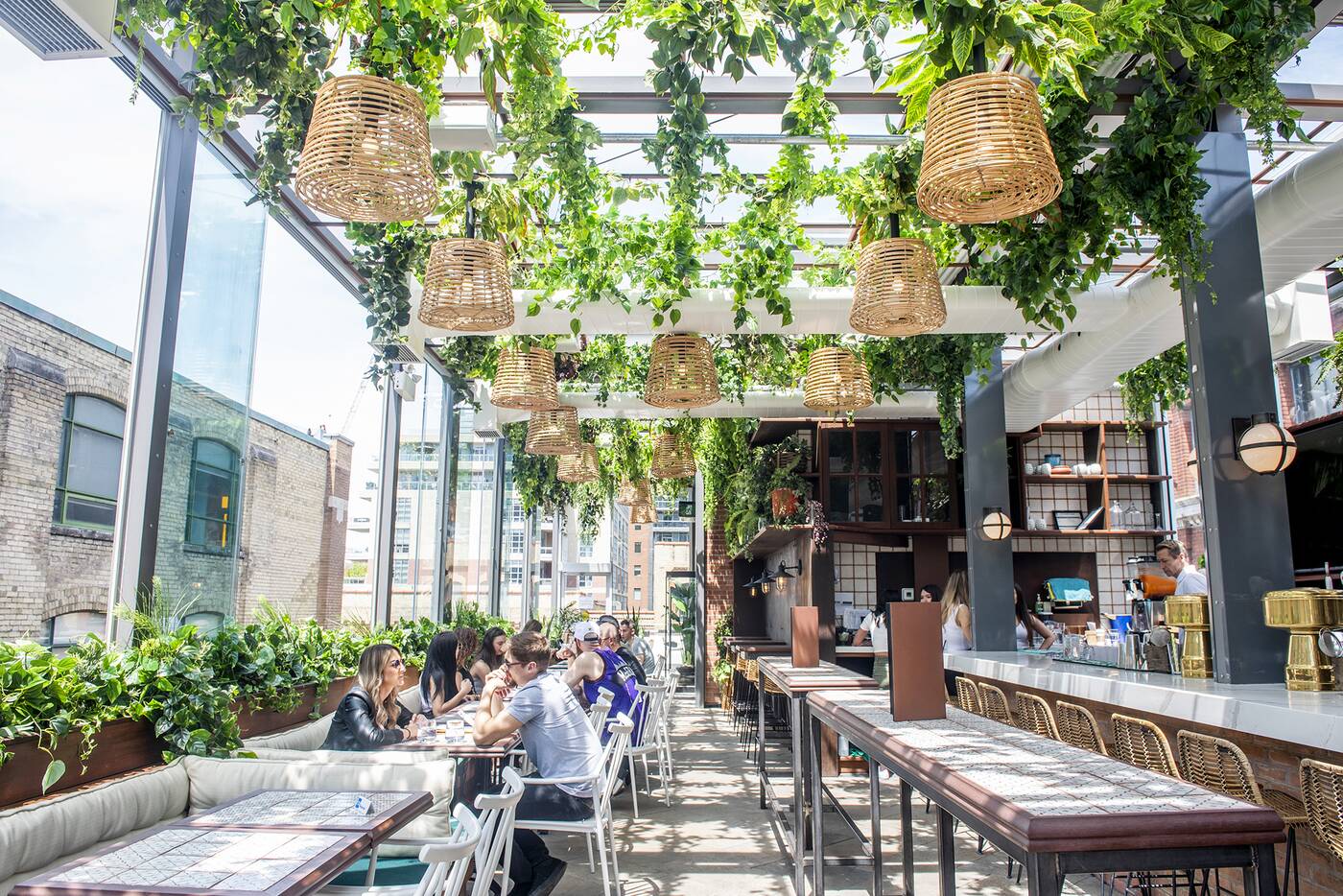 Chill with the plants on Baro's rooftop patio. Photo by Hector Vasquez.

This Latin American restaurant on King West isn’t necessarily new, but you can take the long weekend to see their recently opened patio on the roof. 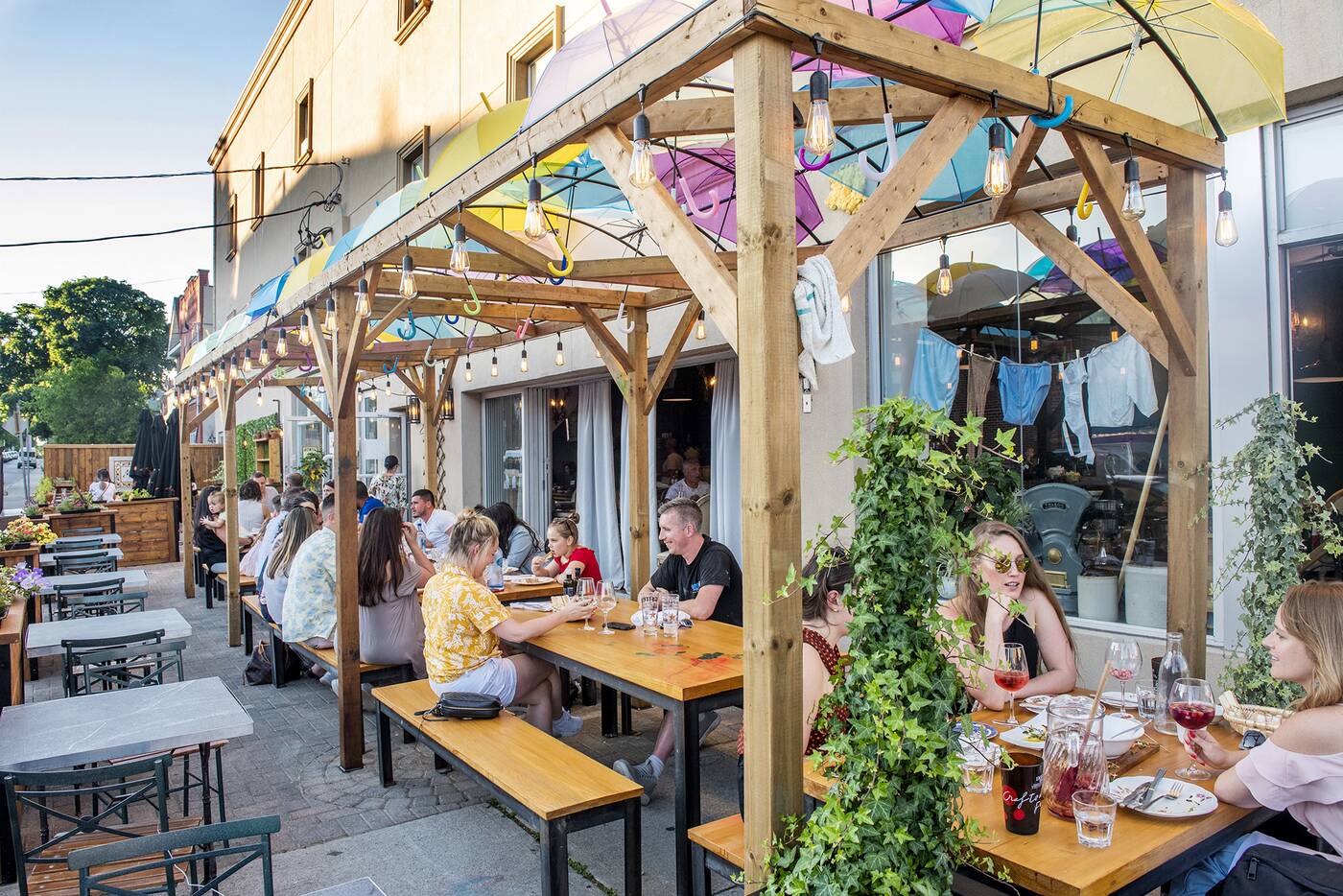 Chill under umbrellas at the patio at Mercado Negro. Photo by Hector Vasquez 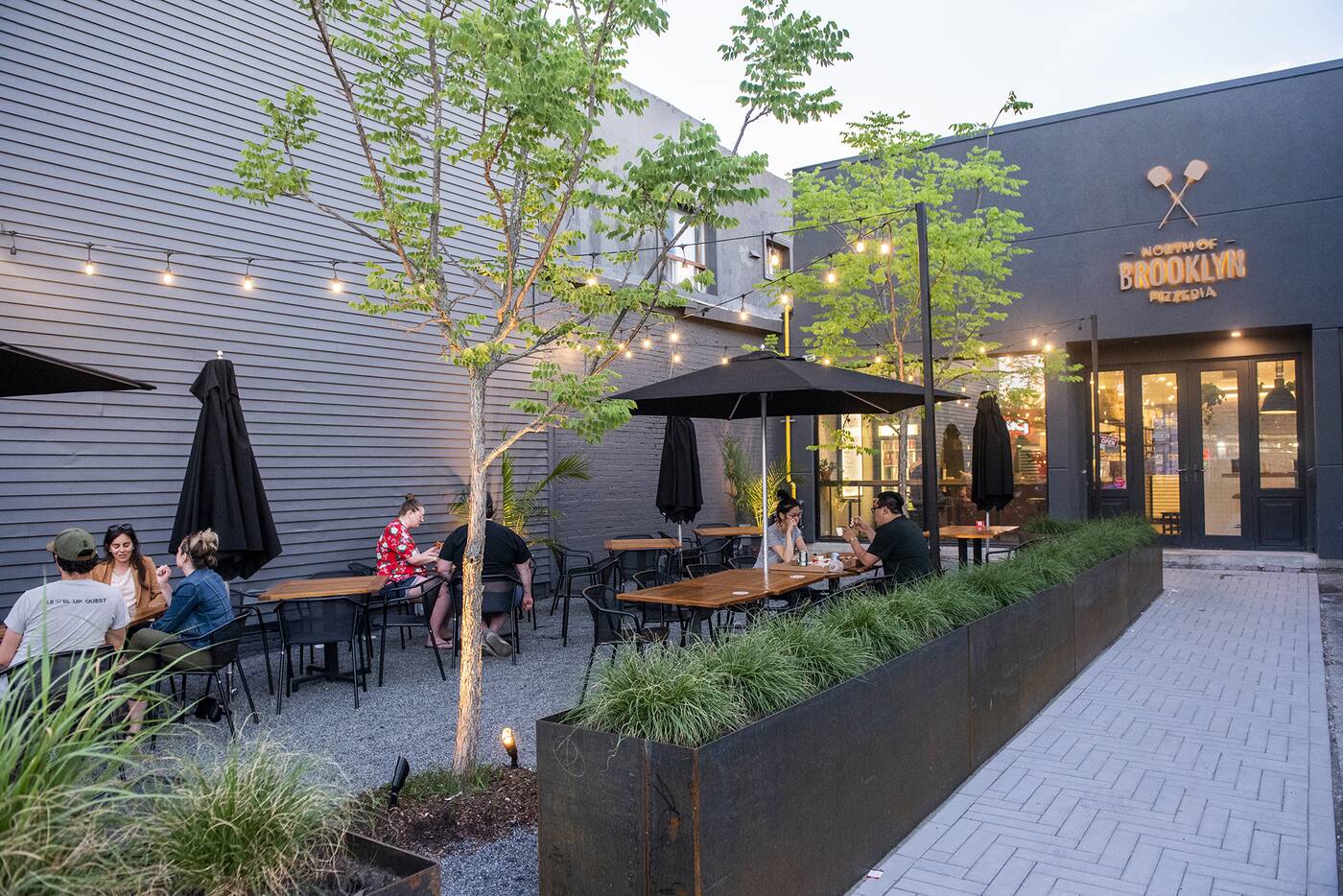 Grab a pie and a pint of craft beer in North of Brooklyn's front garden. Photo by Hector Vasquez.

Toronto just got a beer garden at the Rogers Road location of a popular pizza spot, and it’s perfect for meeting up with groups for long weekend hangs. 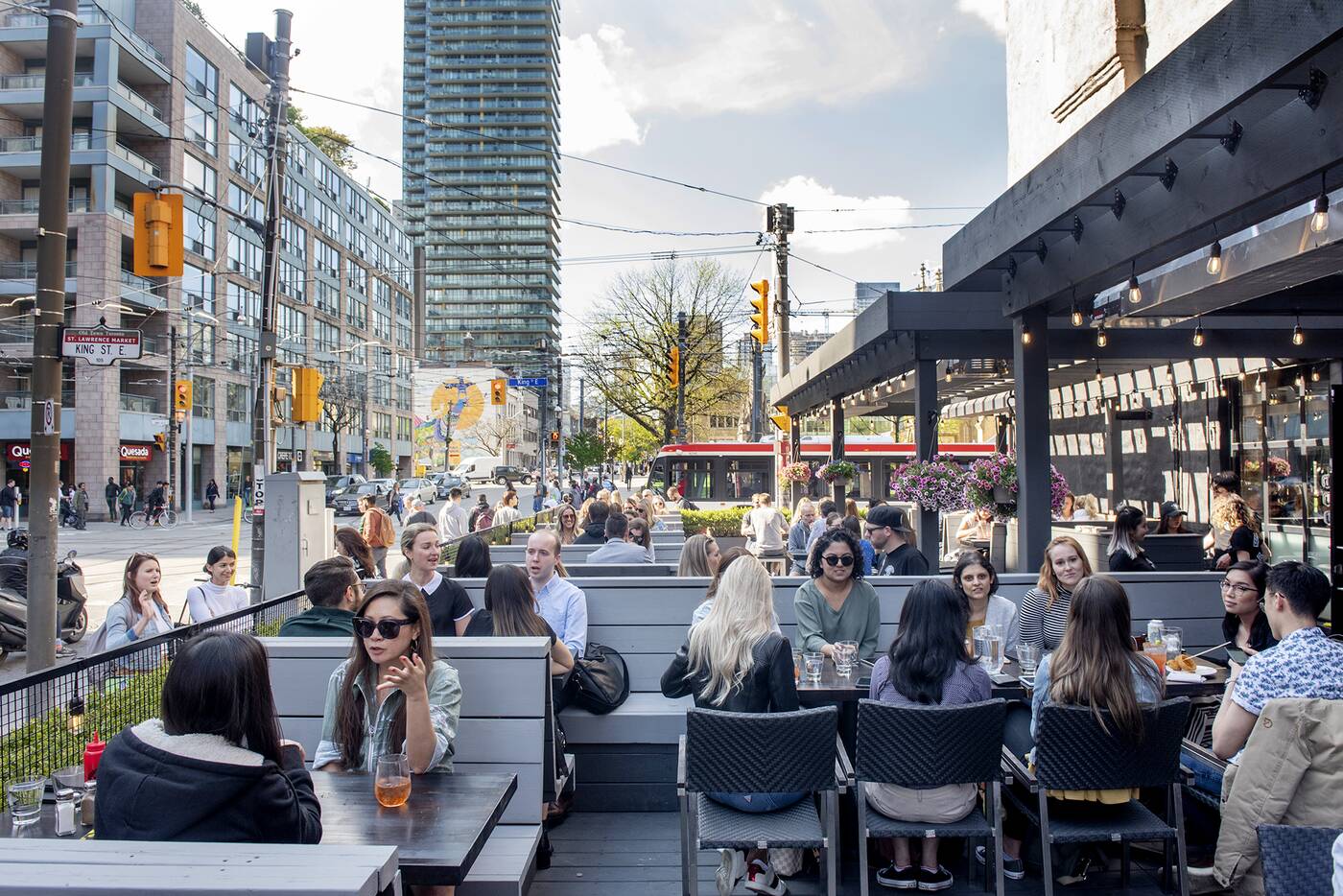 Sun and Caesars at Score on King. Photo by blogTO.

Is it really the Canada Day long weekend if you didn’t have a Caesar? Get an Insta-worthy one on the patio at this King East bar. 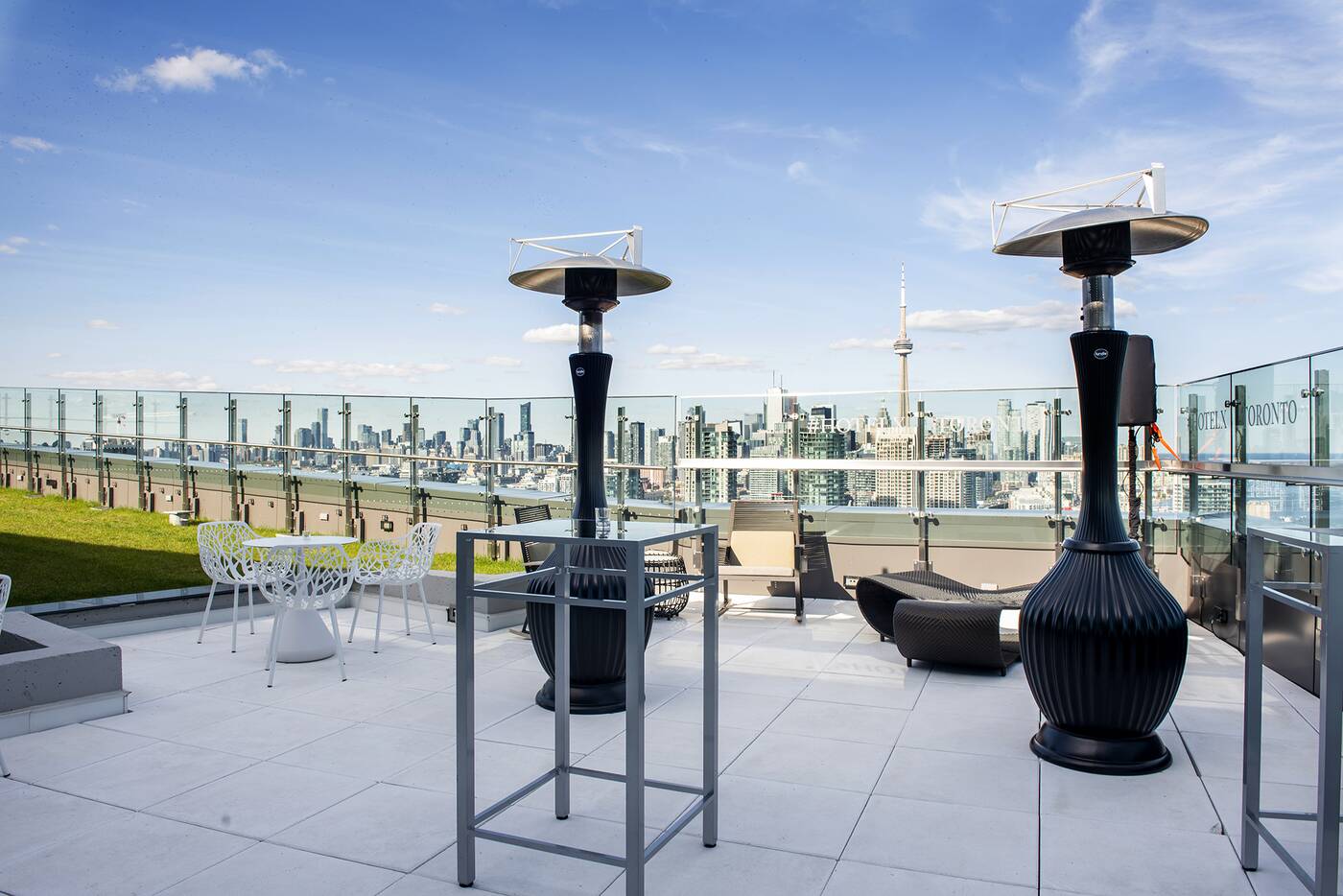 Skyline for days at the rooftop patio at Hotel X. Photo by Hector Vasquez.

There are several patios at this skyscraping hotel overlooking Toronto’s waterfront for classy long weekend partying. 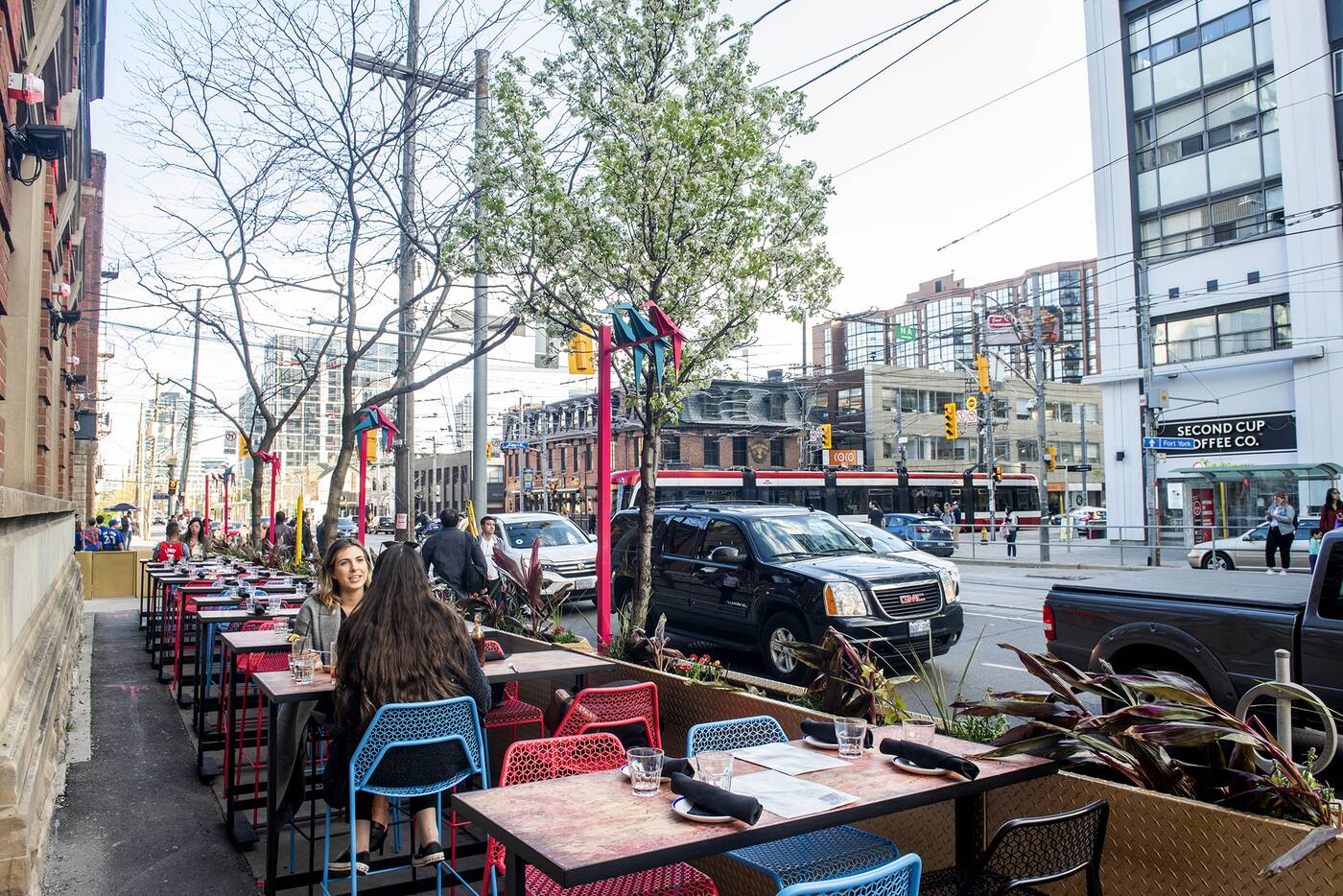 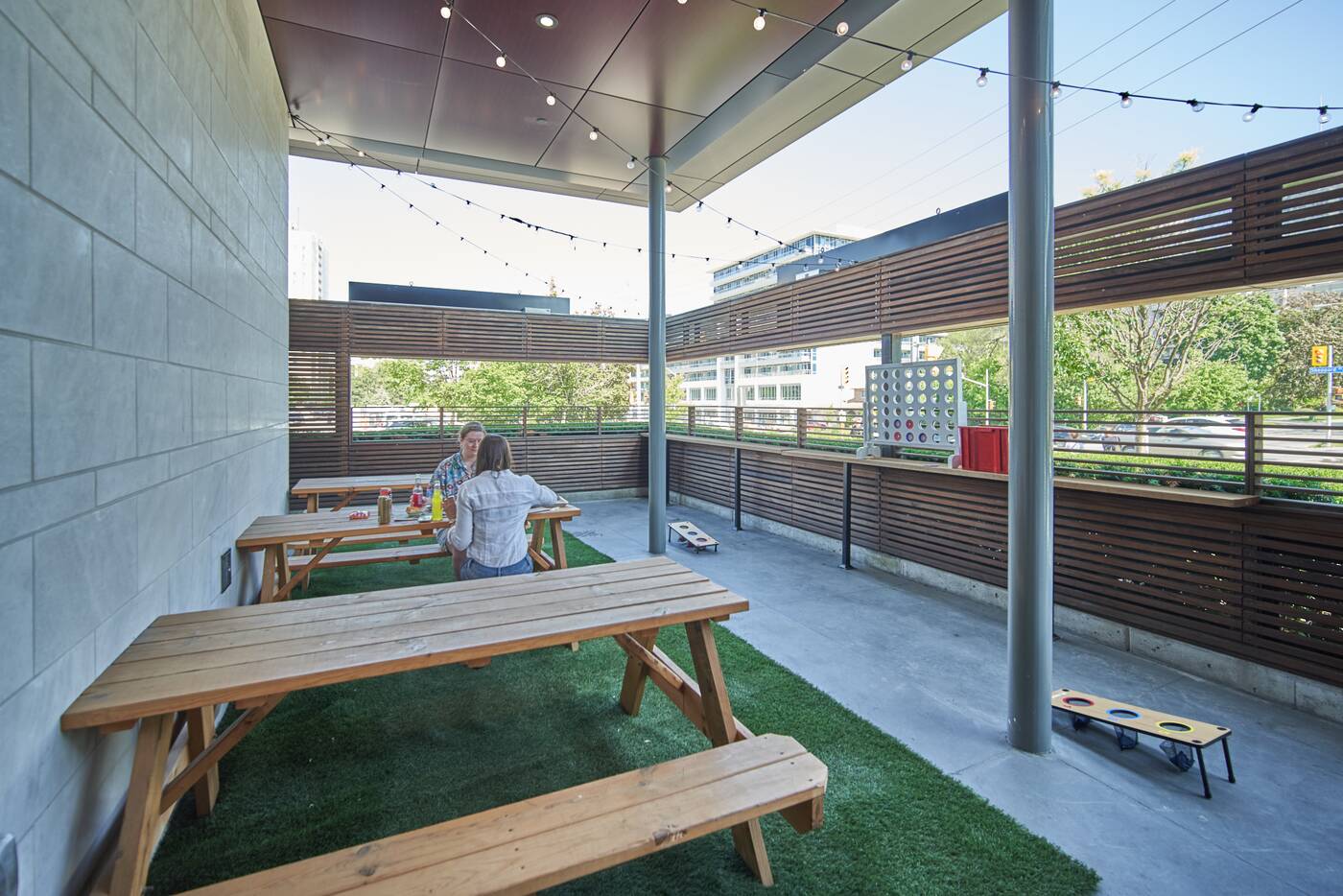 Cornhole and BBQ platters are the way to go this long weekend at Beauty Barbecue. Photo by Herman Wong.

Celebrate the weekend with cornhole and beers on the cute patio of this new BBQ spot at Bayview Village Mall. 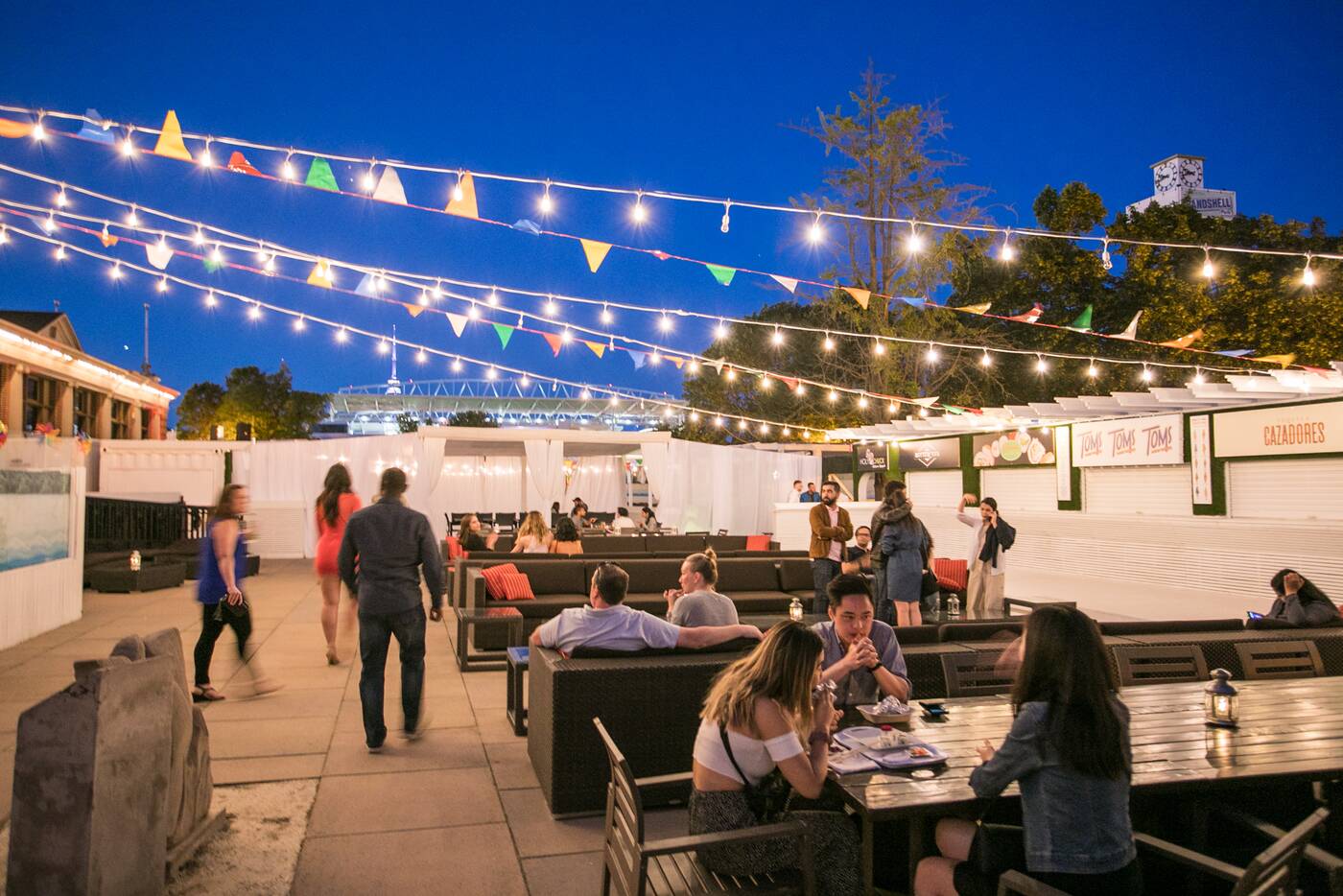 Toronto’s premier one-day-a-week supper club has opened a patio with even more vendors, so head to Saskatchewan Road for Canada Day celebrations on Saturday.

by Amy Carlberg via blogTO
Posted by Arun Augustin at 6:56 AM