Student gets $1,444 bill for chalking outside Queen's Park at Toronto protest 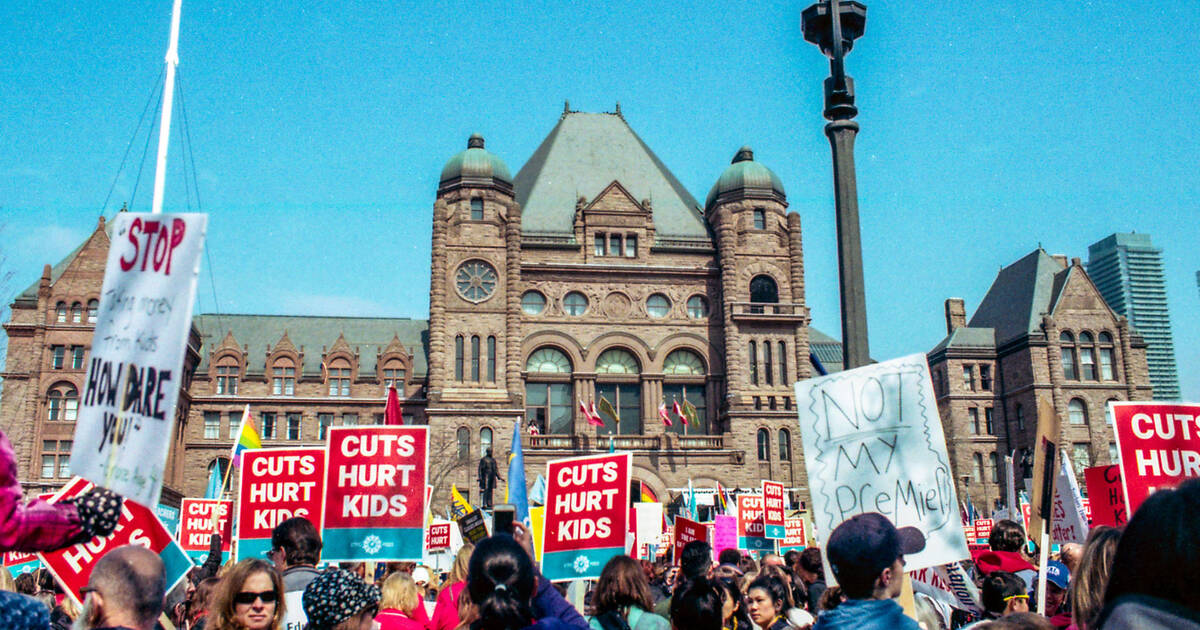 A 15-year-old girl received a $1,444.51 invoice from the province after drawing protest messages against Premier Doug Ford’s government with chalk outside of Queen’s Park in May.

The Legislative Assembly of Ontario said this was “vandalism” and that the cleaning crew that erased the chalk messages cost $1,444.51.

The student was part of a high school group protesting provincial cuts to education. Participants ranged from 10 to 18-years-old.

I guess all the #onpoli saw was some vandalism. As a student, all I see here are kids that are so scared for their education and future, and their opinions so unwelcomed by Ford's government, that they feel that the only way for their voices to be heard is to protest.

Gordon said the “profane and inappropriate” words were written on "roadway, walkways and statuary." One drawing illustrated the middle finger over the words Doug Ford.

The demonstration organizers met with security staff before the protest and signed a permit application, but it was never mailed to them. Jackie Gordon, Sergeant-at-Arms of the Legislative Assembly of Ontario, said the protest didn’t have the “requisite approval.”

PSA: For any of you kids planning on demonstrating at Queen’s Park, and don’t want to be stuck with an enormous bill for chalk drawing, you can now find washable sidewalk paint at the Yonge & Eglinton Indigos. pic.twitter.com/aTXR6dcEvY

The students have not paid the invoice yet.

by Hannah Alberga via blogTO
Posted by Arun Augustin at 10:16 AM