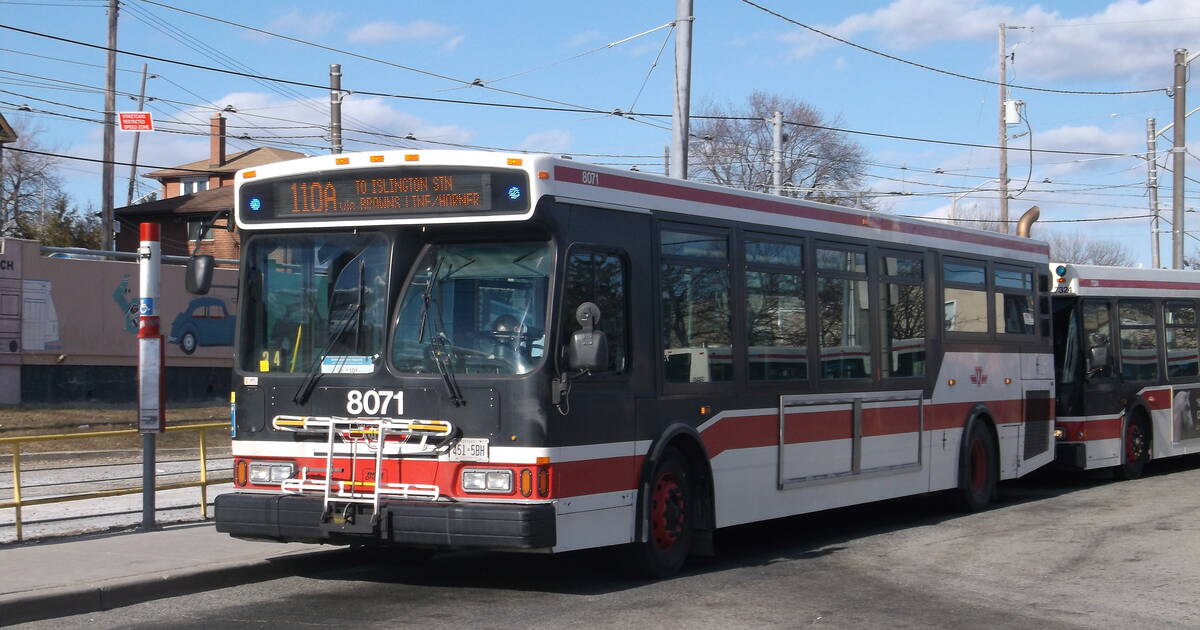 If your daily bus commute takes you past at least one stop with the suffix "Avenue," and you don't wear noise-cancelling headphones, you may have noticed a difference in the voice behind the TTC's onboard announcements this past week.

Our pleasant robotic friend got an update on Sunday, according to the transit agency — one meant to make her sound less "American," as this was the subject of some passenger complaints.

Well, it worked: the robo-announcer certainly doesn't speak like anyone from any part of the United States right now. In fact, when she pronounces the word "Avenue," she sounds like she's speaking gibberish.

We changed it to reflect a "Canadian" pronunciation as per some complaints we received that it sounded American. However, due to the current complaints we will be reverting to what it was before for the August board period ^DM

TTC passengers have been taking to Twitter in recent days to point out how ridiculous the incredibly common word sounds coming out of the TTC's onboard intercoms.

"The TTC changed voice robots and now they pronounce 'avenue' like 'aveena-you' and I am dead every time," wrote one customer on Thursday afternoon.

"They need to reprogram the TTC bus stop-announcing voice to say 'Avenue' correctly," tweeted another on Tuesday. "It's putting the emPHAsis on the wrong SylLAble and making me crazy."

The TTC is well aware of the problem and is working to fix it post-haste.

"As we know, Canadians are very protective of the nuances of our accent, eh?" wrote TTC spokesperson Stuart Green in a statement on Wednesday of the flub, noting that the agency had recently adopted a new GPS/communications system called Vision.

"So the powers that be attempted a solution through Vision's text-to-speech system to re-Canadianize the pronunciation to something resembling 'avenEW,'" continued Green.

A change to our stop announcements have some wondering when 'avenue' became so difficult for a #TTC robot voice to pronounce (maybe this is how we keep Skynet humble).
Here's an explanation with a pledge to restore a more reasonable pronunciation in August. pic.twitter.com/eCFAGNw7xe

Green said that the TTC will be reverting its pronunciation files back to normal, but not until August 4.

This means we get to enjoy "ah-VEEN-you" all July — longer than Seth Rogen's PSAs lasted.