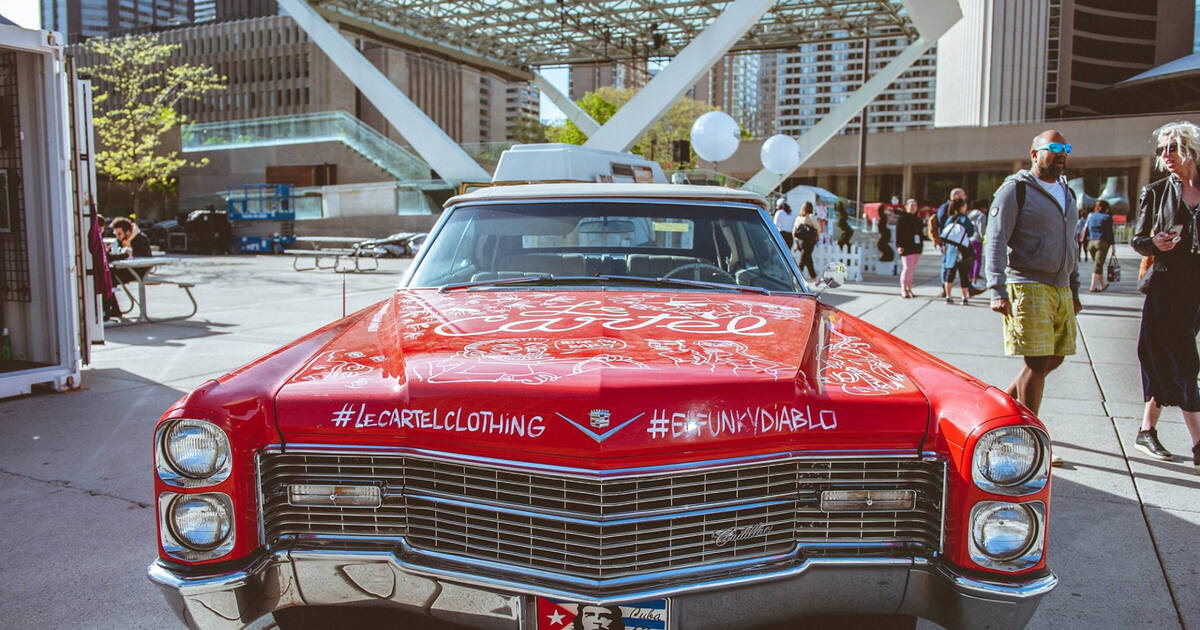 The long weekend is still one day away but events in Toronto today are ready to go with a big fashion and arts festival in Nathan Phillips Square and a big sale on Harry Potter merch. Lionel Richie is here and there's a summer party with lots of barbeque.

Lionel Richie (June 27 @ Budweiser Stage)
It's Lionel we're looking for as the legendary singer drops by for a night of nostalgic tunes from his spectacular career.
Curiosa Warehouse Moving Sale (June 27 @ 198 Walnut Ave)
Toronto's source for Harry Potter and Harry Potter-inspired gear is moving its warehouse and have a big sale of overstock items.
High Minded (June 27 @ Hot Docs Ted Rogers Cinema)
Spark up and cool out at this edition of High Minded, a film series for stoners that's all about the visuals, with a screening of Is the Man Who is Tall Happy?
The Rainbow Lounge (June 27 @ Buddies in Bad Times)
Local artists, performers and singers are dropping by for a sing-along evening around the piano with queer classics, costumes and outrageous surprises.
Final Frontier (June 27 @ Stephen Bulger Gallery)
Taking a look at lunar imagery over the past 130 years, this new exhibition celebrates the anniversary of the moon landing and the art it has inspired.
When We Overcame (June 27 @ Margin of Eras Gallery)
Changemakers Just John of Blank Canvas and Rosina Kazi of Unit 2 are on hand to discuss building cultural spaces for Black and QTBIPOC art communities.
Doomsquad (June 27 @ The Garrison)
The 80's are back with Toronto's own psychedelic electronic dance trio and their poppy sound that'll get you moving and grooving.
Rock 'n' Roll High School (June 27 @ Revue Cinema)
The Ramones are as big as The Beatles in this joyous, sugar-fuelled love letter to teenage rebellion and Mad Magazine-styled surrealism.
Yardie Summer Solstice BBQ Party (June 27 @ Harlem Underground)
Get boasty at this Yardie-style cookout with fresh summer vibes and barbecue chicken and pork being served all night long.
Urbani_t (June 27-29 @ Nathan Phillips Square)
Urbani_t is back with a three-day fashion, music and arts festival from Montreal taking over NPS and including a free concert from K-OS.

by Lisa Power via blogTO
Posted by Arun Augustin at 10:31 PM