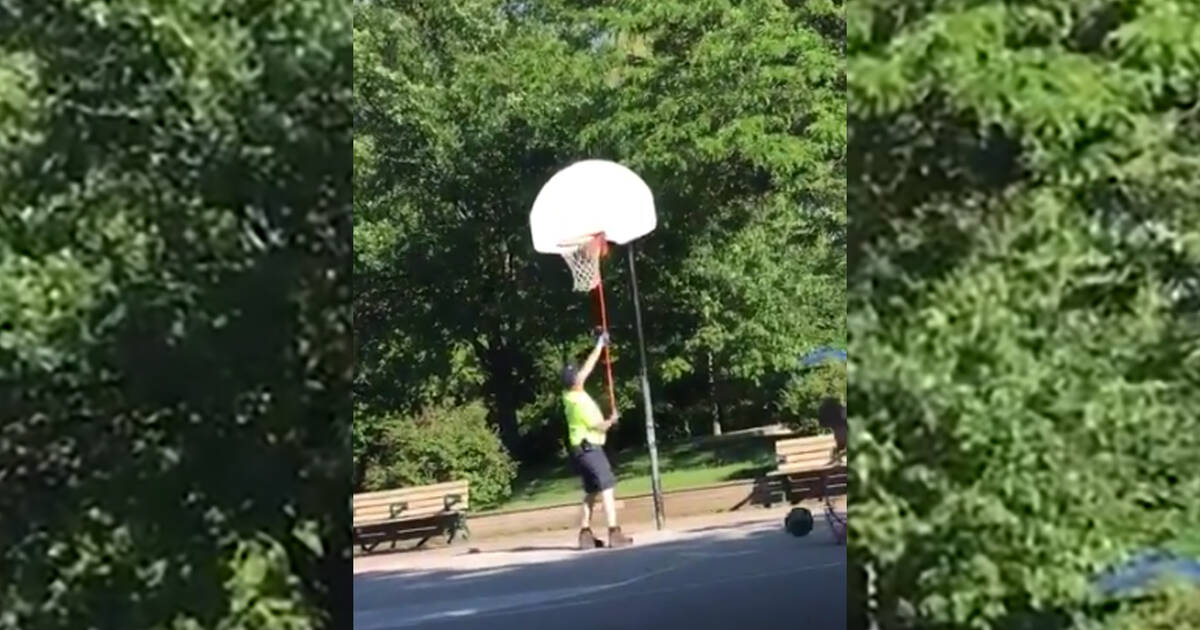 Some might say that Toronto became a basketball city when the Raptors won the NBA championship. Others might say the city was officiated last night.

A few boys were playing basketball at Phin Park in the Pocket when a Toronto Parks employee routinely removed the net from the backboard and carried on with his day.

“Isn’t this terrible.” One of the boys said to the other who then threw the ball at the net-less backboard.

The City should be putting basketball nets up not pulling them down. I’ve delivered that message to our parks staff tonight - they agree. We should absolutely be encouraging kids to play in our city. https://t.co/Sk1UQn5UVC

After proving to be a big Raptors fan, practically refusing to remove his blazer with golden basketballs during the NBA Finals, the mayor was displeased.

“The City should be putting basketball nets up not pulling them down,” he wrote. Within the timespan the video had been posted on Twitter, Tory spoke to parks staff and asked them to stop taking down the nets.

Councillor Mike Layton also spoke to the general manager of parks to resolve the removal of nets.

After speaking with GM of Parks, I’m told that effective tomorrow the city won’t be removing nets. https://t.co/scFnCsIT3X

Earlier this week, the Toronto District School Board (TDSB) was asked to remove basketball nets at Dundas Junior Public School and Queen Alexandra Middle School after 6 p.m. because of the noise.

Raptors effect: It has long been standard practice to remove basketball hoops from city property near homes because of noise complaints, @bradrossTO tells @mattgallowaycbc. Practice now suspended after viral video showed just one hoop being taken down while kids still playing

Masai Ujiri was asked about this at the OVO Athletic Centre on Tuesday. “Whether it’s the noisiest place, or the most quiet place, I’m just going to be biased about a basketball court being put anywhere,” he said.

The TDSB decided the basketball nets would stay.

by Hannah Alberga via blogTO
Posted by Arun Augustin at 6:40 AM