The top 10 Canada Day fireworks in Toronto for 2019 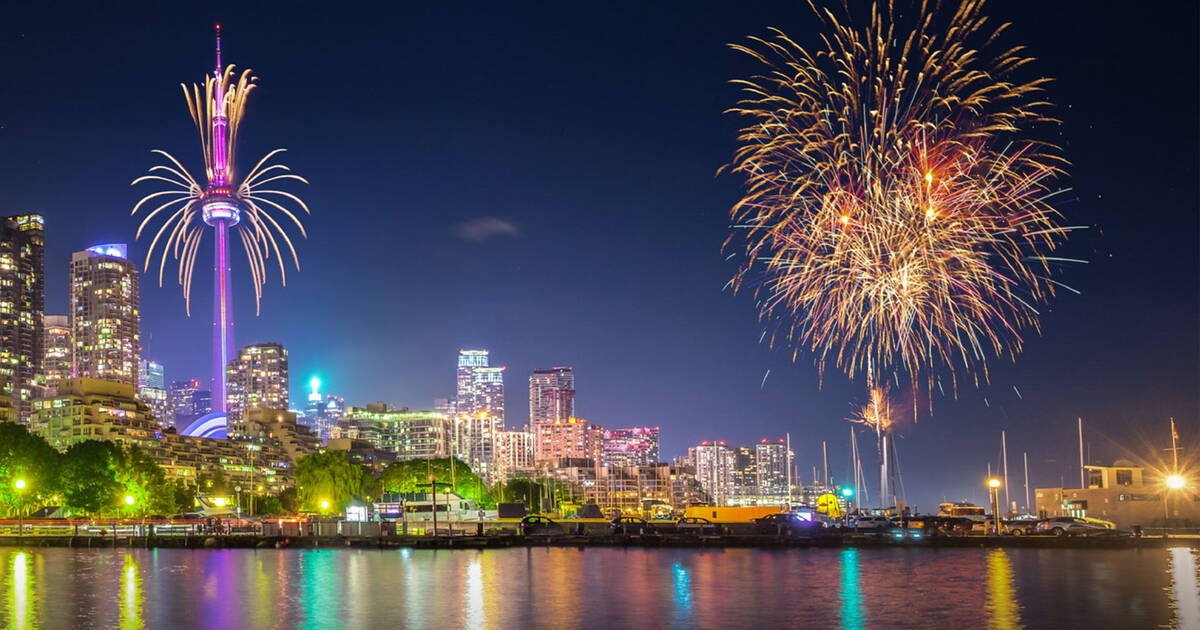 Canada Day fireworks in Toronto for 2019 will light up the sky in celebration of our country's birthday. On July 1 bright colours, loud noises and excitement will fill the city and there are plenty of places to see it.

Here are the Canada Day fireworks celebrations in Toronto this year.

Amesbury Park in North York will be hosting its 36th annual Canada Day festivities this year. The free, all-ages event will include an assortment of multicultural entertainment, children's activities and vendors. The celebration will conclude with fireworks beginning at 9:45 p.m.

This spot in The Beaches is one of the very best to view celebratory fireworks. There will also be a special viewing area for people with disabilities and their families. Don't miss the grand spectacle, beginning at 10 p.m.

As if there wasn't already enough to do at Canada's favourite amusement park, there will also be numerous fireworks shows throughout the summer including on Canada Day. Try out their 70 different rides, then celebrate Canada's big day with fireworks when the rides close at 10 p.m.

As a part of Toronto Ribfest, a spectacular fireworks display will go down at Centennial Park in Etobicoke. Among the rest of the festivities are special performers, magic shows and of course, lots and lots of food. Catch the light show beginning at sundown.

The Canada Day festivities at this North York park will begin at 4 p.m. and will include something for everyone. The free event will have inflatables, games for kids, face painting, food trucks, vendor village and live entertainment. The night will end with a massive, colourful fireworks show when the sun goes down.

This free, annual event is always a can't-miss. It's an all-ages event with plenty of entertainment and goodies, ending with a major light show in the sky. While the time of this year's fireworks show is TBA, it's likely to begin around 10:30 p.m. like it did last year.

This Scarborough park never disappoints with their Canada Day fireworks. The free festivities begin around 10 p.m., so don't be late!

Canada Day festivities in Richmond Hill will culminate with one of the largest pyro-musical fireworks displays in the Region. Look for  the “Fireworks Viewing Area” signs throughout the park grounds for the best locations to catch the display, beginning at 10 p.m.

Toronto's longest-running Canada Day festivities will happen in East York beginning at 10 a.m. and include a lively parade, numerous family-friendly activities and of course, a spectacular fireworks display at 10 p.m.

Be sure to catch the dramatic light show on the east bank of the Humber River on Canada Day, with fireworks beginning at 10 p.m.

by Mira Miller via blogTO
Posted by Arun Augustin at 11:11 AM