Popular downtown Toronto bike lane is about to be extended 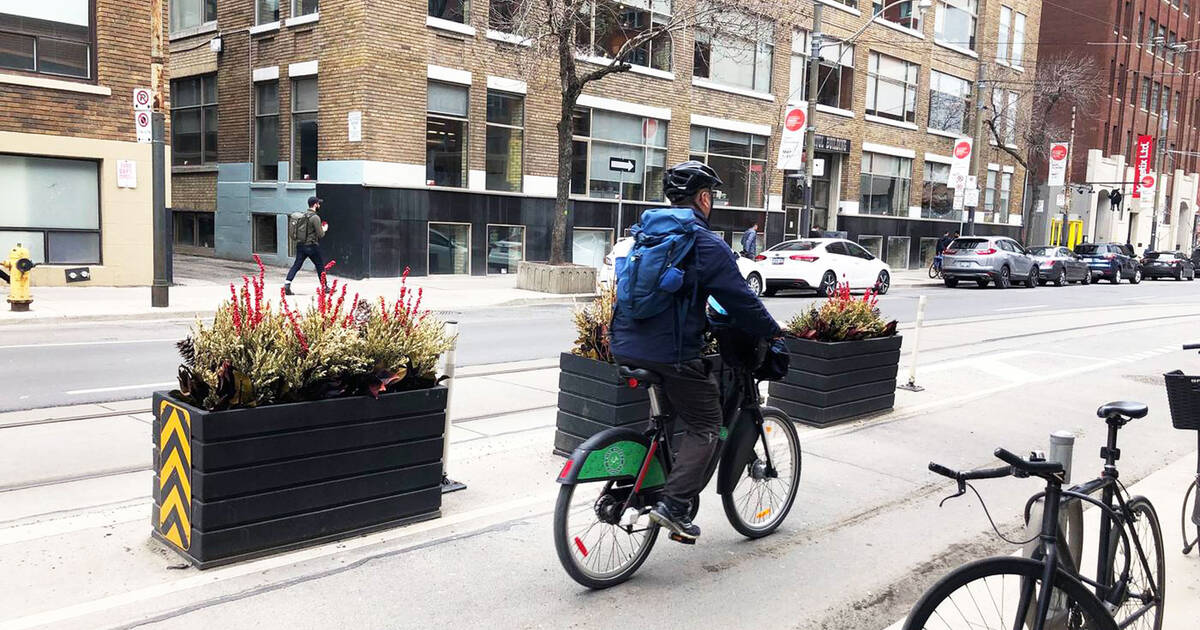 Toronto bike lanes may be slow to materialize, but one popular route is is getting a sizeable extension, maybe as early as this year.

Councillor Joe Cressy announced on Friday that the City plans on extending the Peter Street bike lane all the way to Fort York Boulevard.

The cycle track, which was implemented as a pilot project in 2014 but only made permanent earlier this year, currently runs between Queen and King.

The extension would see around one extra kilometre added to the route.

According to Cressy, the track will continue down south along Blue Jays Way until it passes the railway, where it will then head south on Navy Wharf Court leading on to Fort York Boulevard.

The City has been criticized for falling short on their 10-year plan to add more cycling lanes, but hey, at least now they can knock off 1 km from their 280 km goal.

by Tanya Mok via blogTO
Posted by Arun Augustin at 1:11 PM