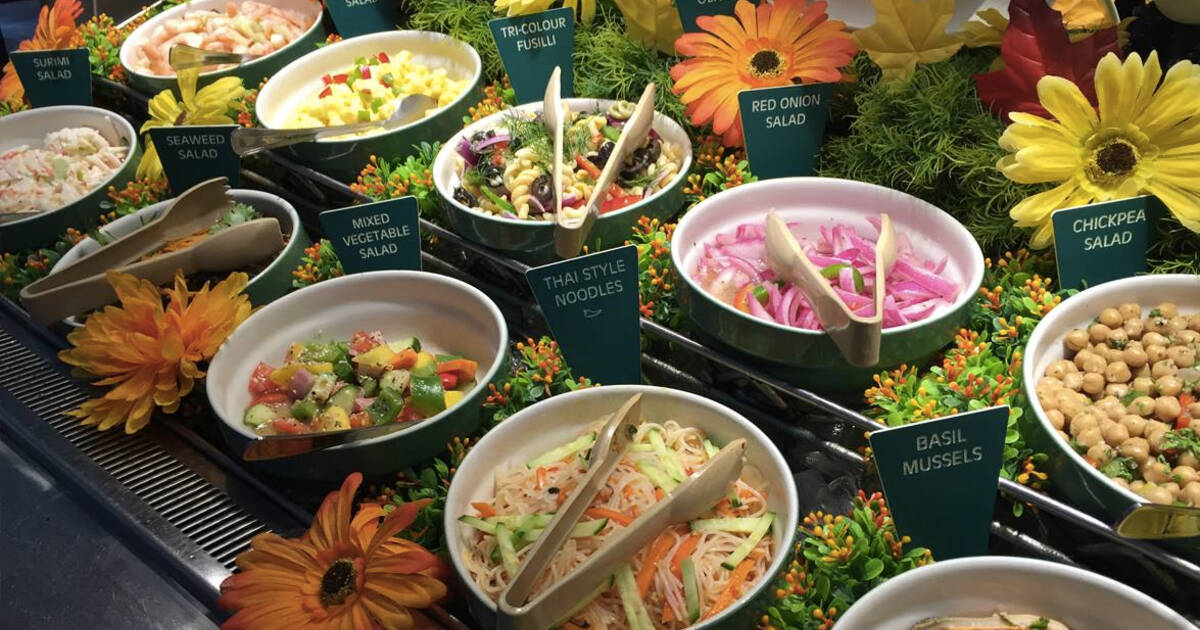 One of Canada's most popular all-you-can-eat Chinese buffets is being accused of discrimination this week over a stipulation pertaining to who can and can't get free food on July 1.

Mandarin Restaurants is once again celebrating Canada Day (alongside its own 40th birthday this year) by offering customers free buffet meals on a first come, first serve basis at every one of its locations.

The catch — aside from what will surely be very long lineups — is that only Candian citizens can qualify for the promotion.

And you best believe the Mandarin will be checking.

"Buffet meals (including soft drinks, tea, and coffee) are free with one of the following proof(s) of citizenship: Canadian birth certificate, Canadian passport of Canadian citizenship card," reads a flyer advertising the promotion.

The company also makes note of the rule in marketing materials on Twitter and Facebook, writing on the former network that "we're offering Canadian citizens a FREE buffet Meal. Proof of Canadian citizenship is required."

So... what about people who live here but aren't technically citizens? Like permanent residents and people with student or working visas?

What an excellent way to lose temporary and permanent resident clients! I like to skip lines, so I wouldn't celebrate my Canada Day on Mandarin anyways. Thanks for letting me know that I'm not welcome in your restaurant tho. @eatmandarin

Critics of the policy are now calling out the Mandarin on Twitter and saying that forcing diners to show citizenship cards for free stuff is inherently un-Canadian.

"Just citizens? What about the rest who pay taxes, work minimum wage and have sacrificed everything to live in this wonderful country? Shouldn't they also enjoy?" wrote one.

"Proof of citizenship is gross and against what Canada stands for," wrote another. "Be better."

So, Mandarin restaurant in Canada is asking people to produce their birth certificate or Canadian passport in order to eat their Canada Day buffet.

Free food is NOT a license to discriminate @eatmandarin.

This behavior is anti Canadian and cannot be made acceptable. #DoBetter pic.twitter.com/j8KOPsjxpw

Others are raising concerns about the legality of such a policy, though it is of note that this isn't the first time the Mandarin has offered this promotion, nor the first time it has required proof of Canadian citizenship to qualify.

The company has yet to respond to a request for comment, nor has it replied to any critical comments on social media. Discussion on an Instagram post promoting the free Canada Day buffet, however, remains quite active.

"The citizens don't even eat your food. They eat McDonald's," wrote one Instagram user to Mandarin in the comments section of that post.

"This is stupid. This is what this generation has been fighting."

by Lauren O'Neil via blogTO
Posted by Arun Augustin at 1:00 PM