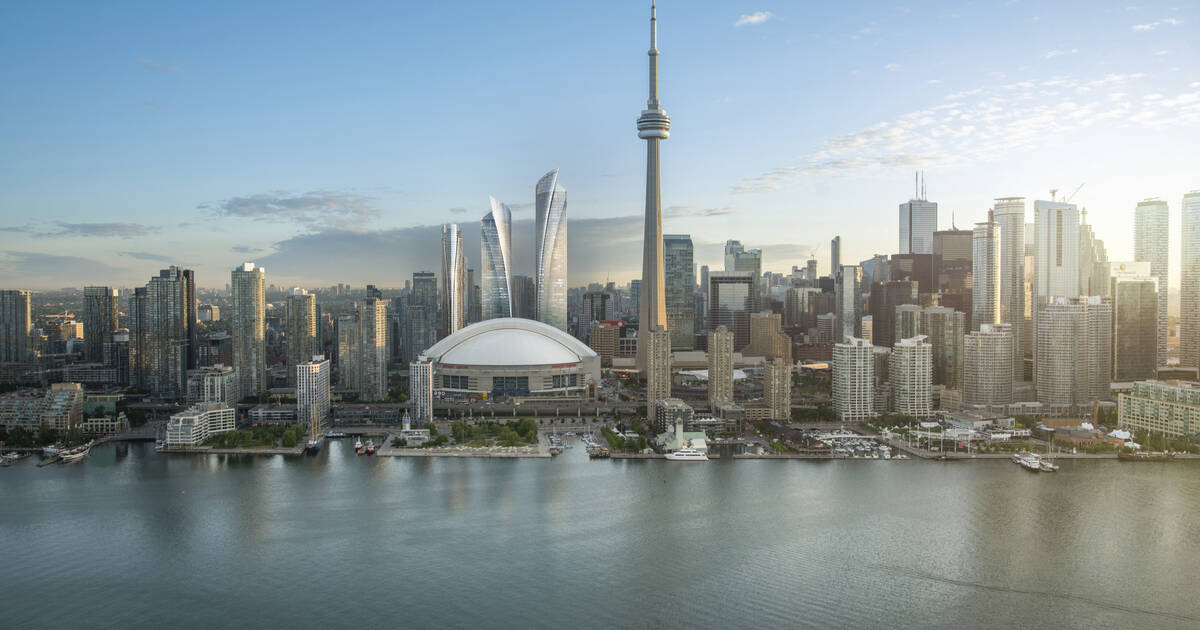 People of Toronto, meet Union Park: A sparkling new 4.3-million-square-foot retail, office and residential complex just north of the CN Tower that, if approved, would be the largest development of its kind in Canadian history.

The global real estate giant Oxford Properties Group just dropped plans for what could be the most transformative project ever to hit Toronto, complete with renderings showing how much the downtown core could change over the next decade.

The $3.5 billion project would not only see four new mega-towers rise on the four-acre site where now sits Toronto's Metro Convention Centre (among other things), it would bring a massive "urban park" to the space atop the Union Rail corridor.

The City's own long-awaited (and tenuously-planned) Rail Deck Park, would lie just west of the site, and would compliment the new park between Blue Jays Way and the John Street Bridge.

Designed by Pelli Clarke Pelli Architects with support from Toronto’s own Adamson Associates, the larger project entails 3.3 million square feet of office space across two towers of 58 and 48 stories in the downtown core.

Two additional towers rising 44 and 54 stories high would be reserved for roughly 200,000 square feet of retail space and 800 rental apartments — a mix of one, two and three-bed apartments units with an integrated day-care on site. 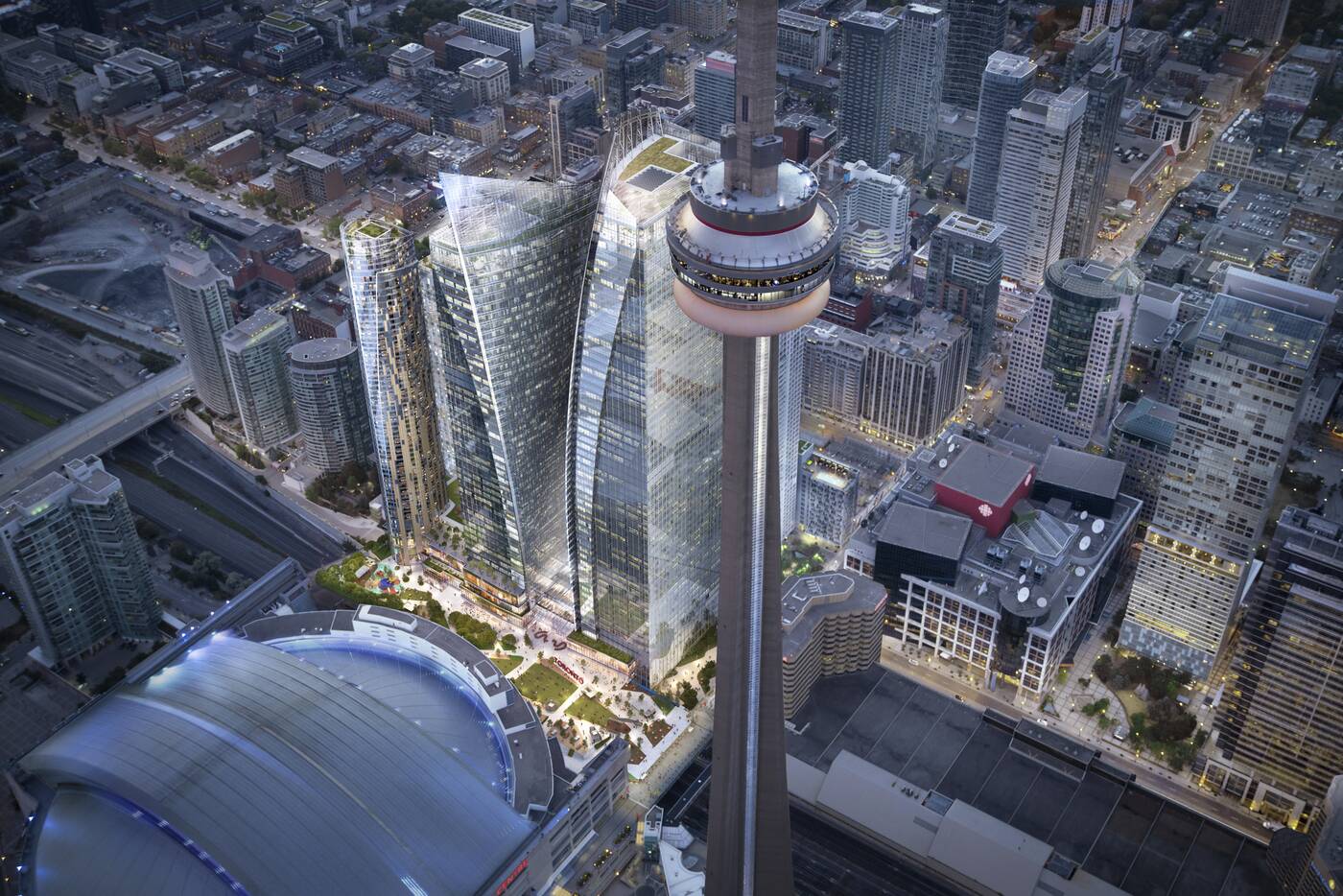 Oxford also plans to extend Toronto's PATH system west from the Skywalk to Peter Street as part of the development and build, among other things, a "winter garden" for citizens to enjoy during the frosty winter months.

"This is a transformational project in one of the most exciting development nodes in Toronto," said Oxford's North American EVP Eric Plesman in a release issued Wednesday.

"Befitting its status as one of the largest redevelopment projects in North America, and the largest in Toronto's history, Union Park will feature world-class design from a globally-renowned architecture team,"  he continued.

"We are creating an ambitious project that adds to Toronto's ongoing evolution as a world-class city to live and work in." 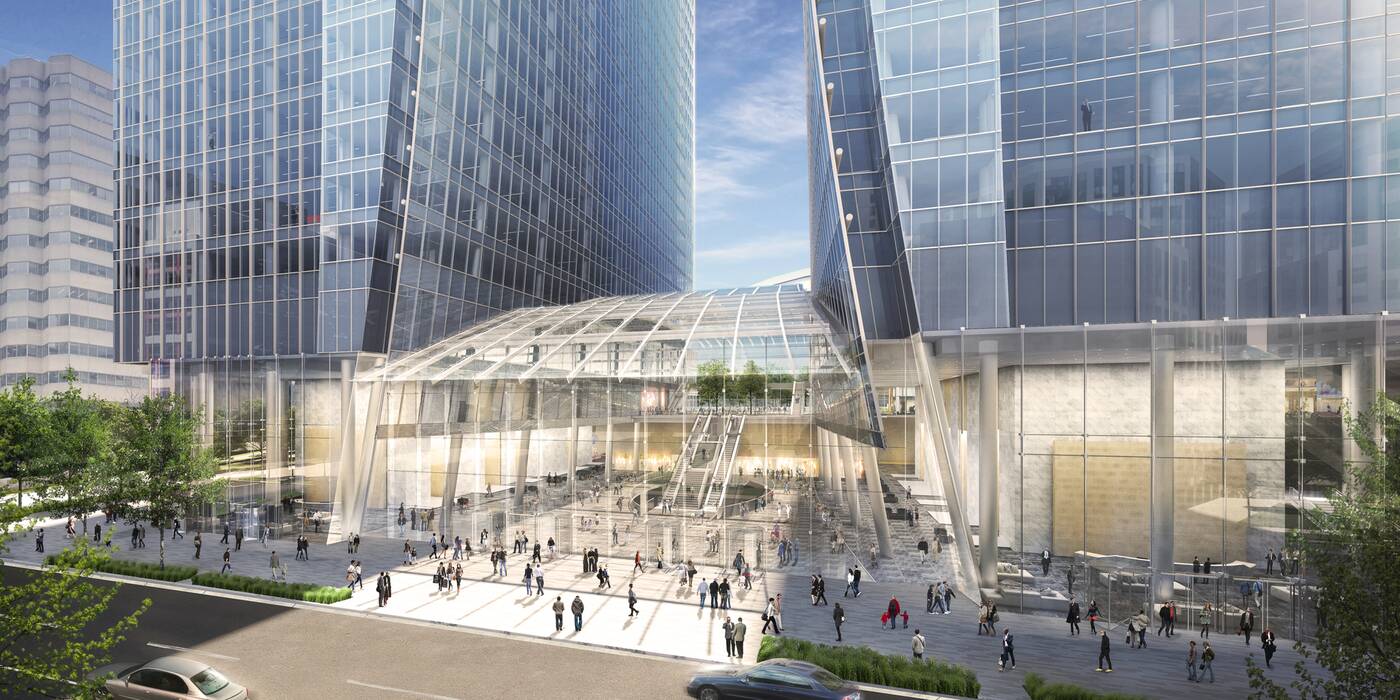 The project, should it meet the City of Toronto's regulatory laws and standards, is also expected to bring 22,000 construction jobs and 18,000 direct jobs into the city.

Coupled with housing for the people who get said jobs, it's a good look.

"This development will bring tens of thousands of jobs to Toronto and will create a progressive new workplace and community for working and living," said Plesman.

"The population in Toronto's core has exploded over the past decade, and our family-friendly multi-bedroom apartments and day-care will help to address the need for housing that allows families to continue living in the core." 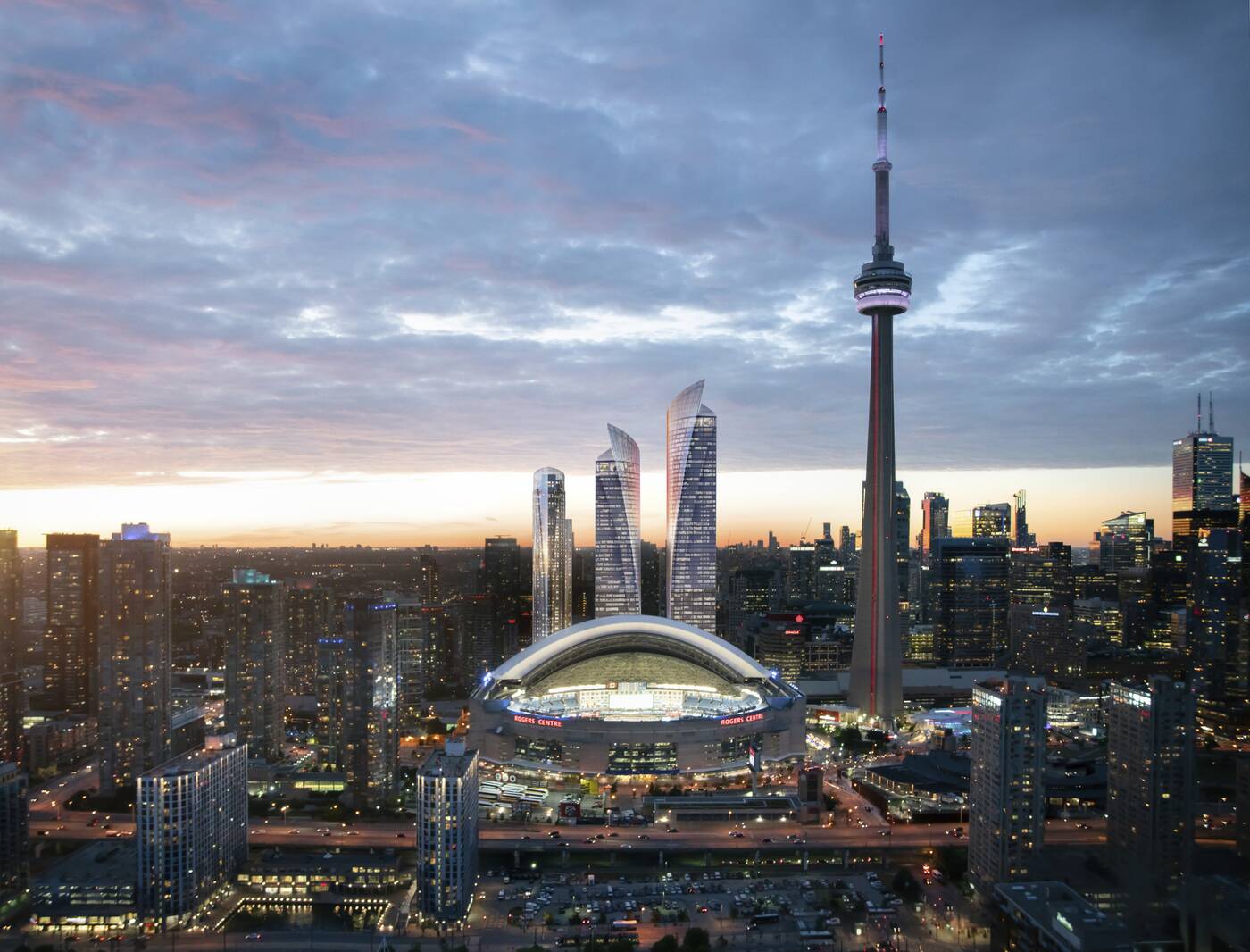 Oxford, which owns the entire proposed redevelopment site, as well as 11 acres along Front Street, says that it has already started a public engagement process for Union Park.

The company is also working with the City of Toronto to align their plans and says it will "be working collaboratively with key stakeholders to advance the municipal entitlement process."

Should everything go smoothly, construction could start as early as 2023.

by Lauren O'Neil via blogTO
Posted by Arun Augustin at 10:16 AM