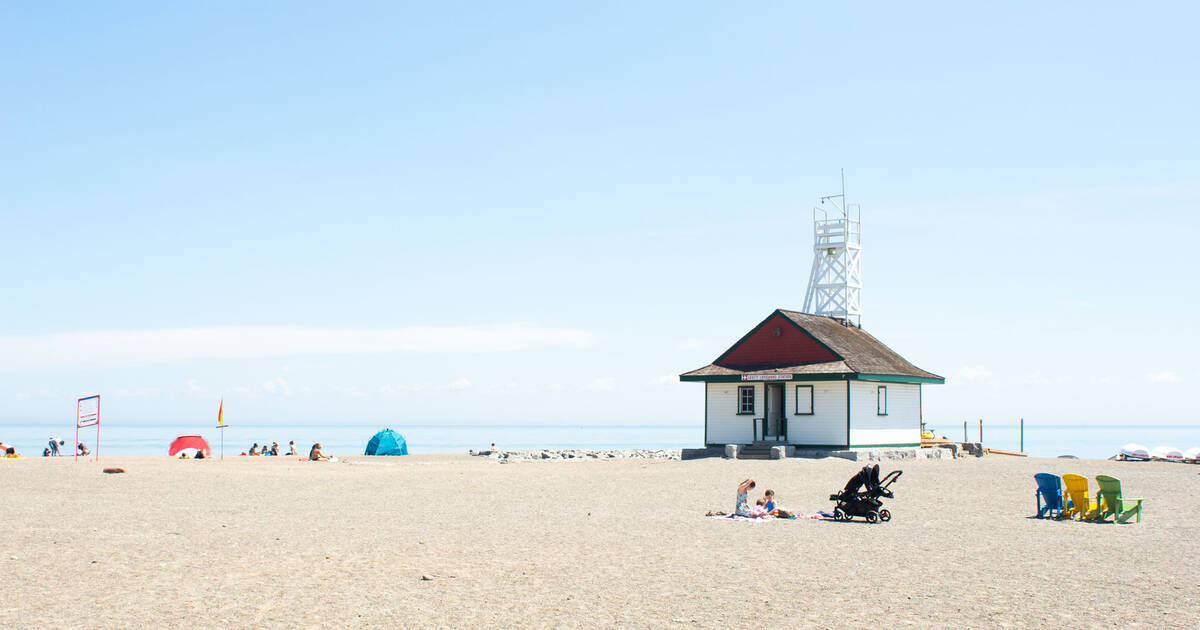 When it comes to swimmable beaches in Toronto, most people think of Woodbine Beach as primetime gathering space by Blue Flag-certified waters. 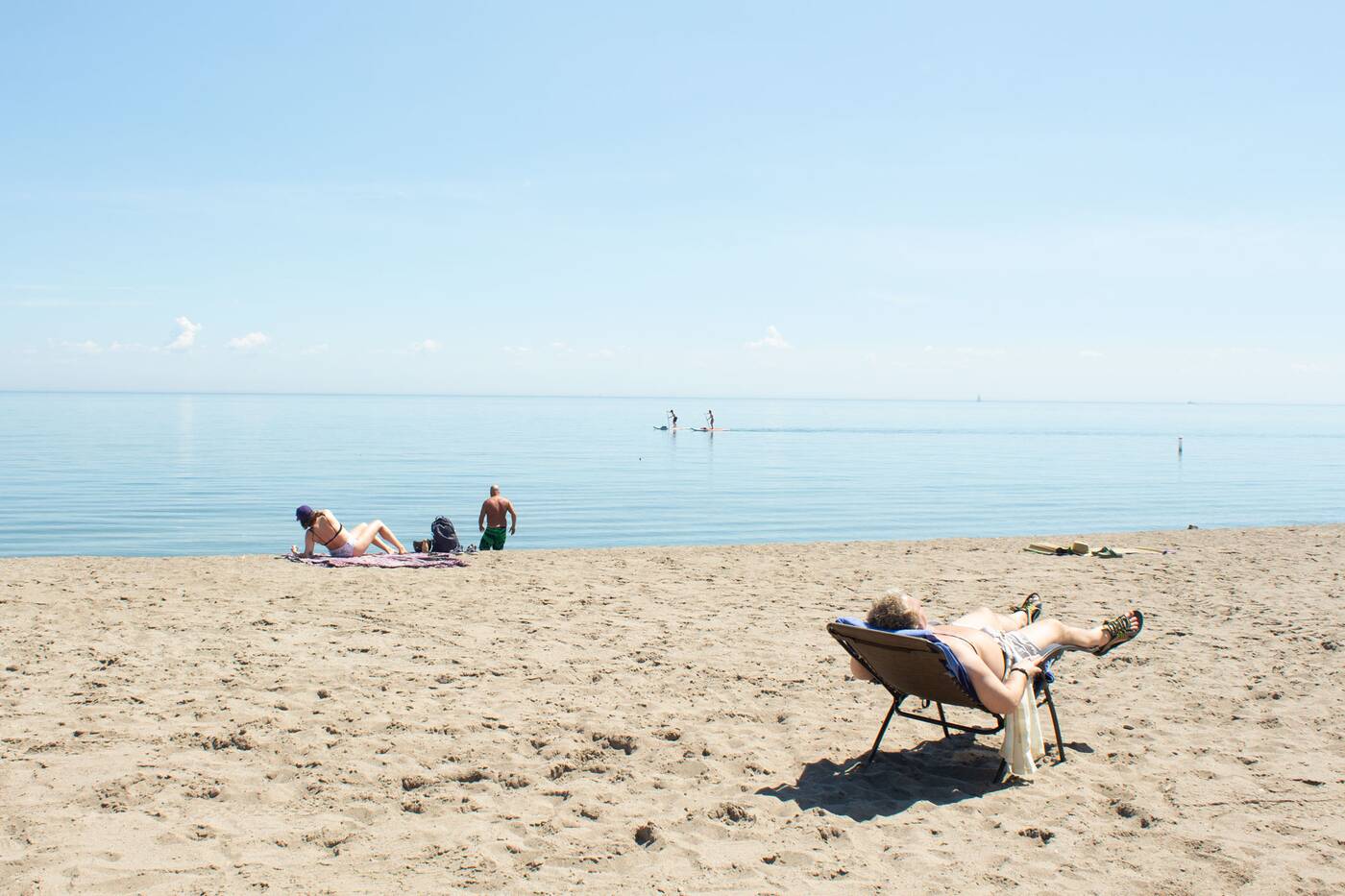 Less crowded, with more off-leash dogs, and rockier sand: for whatever the reasons, some may prefer this quieter pair of beaches, joined by the Eastern Beaches boardwalk, to the rowdier, more popular western counterpart. 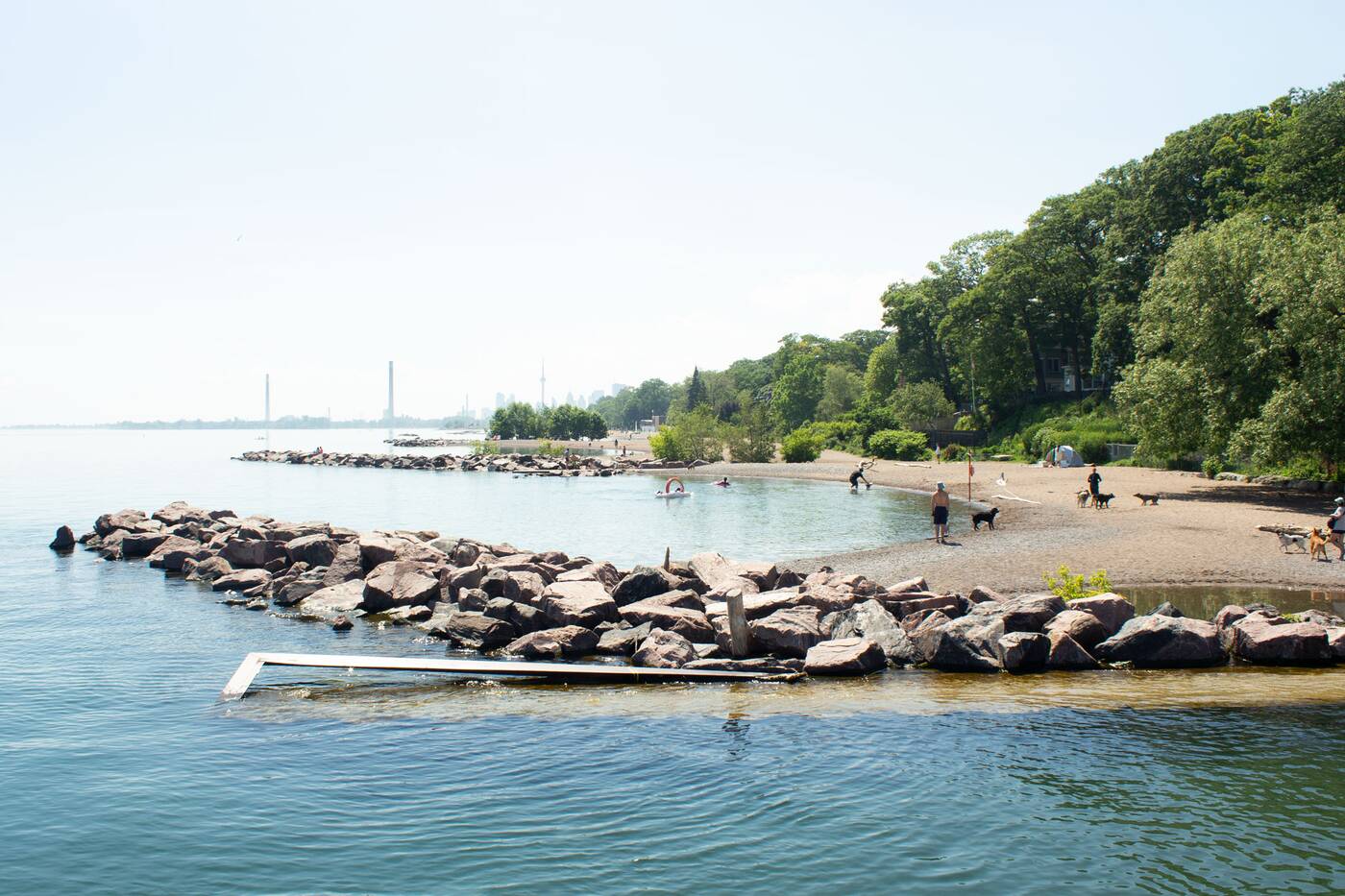 You won’t find a massive swath of volleyball nets here, but you will find that the vibe at Kew-Balmy is much more laid-back, with a local vibe. 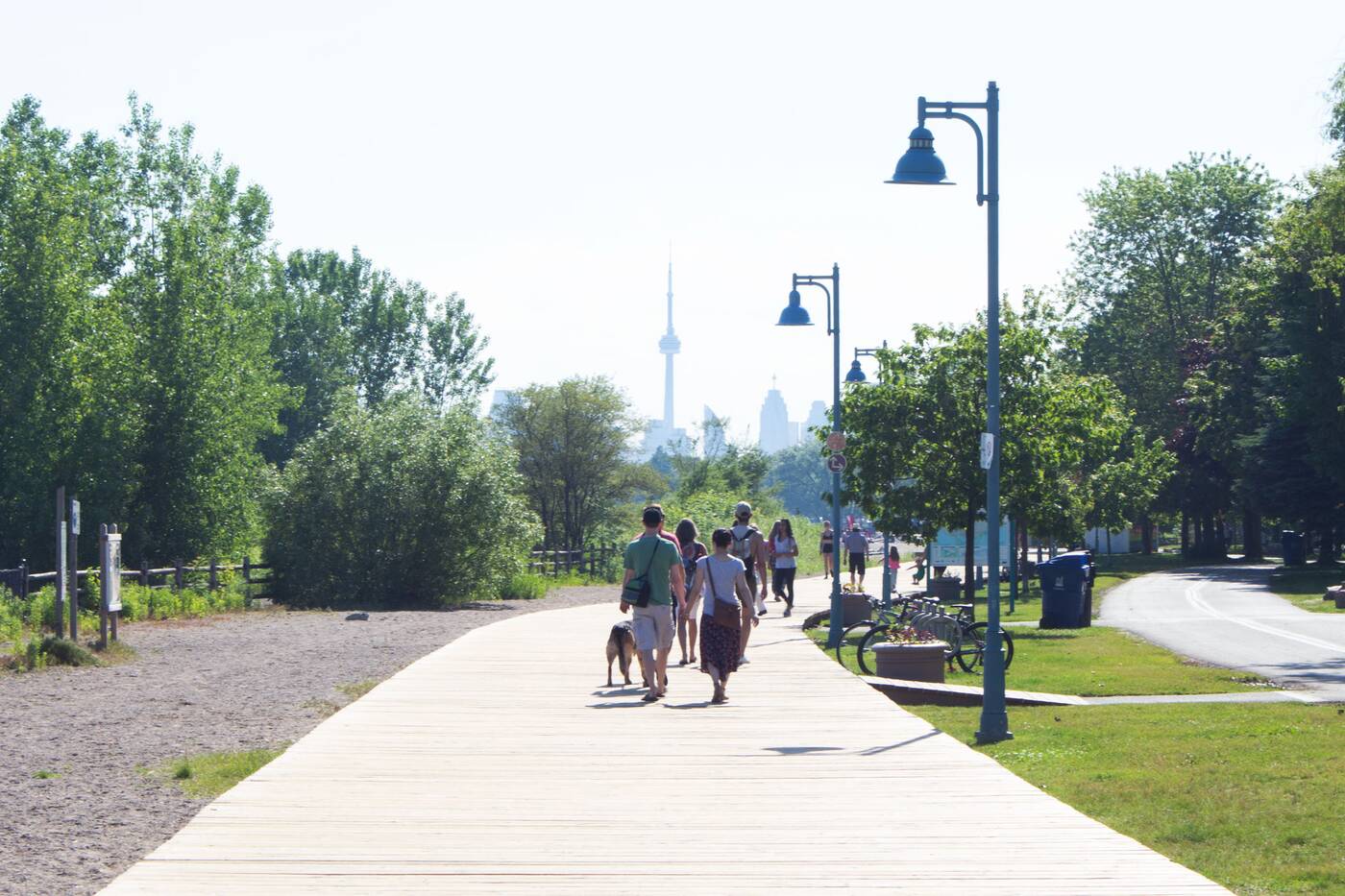 From Woodbine Beach, you can get to Kew—the first of the beaches—via the boardwalk. If you’re on wheels, use the paved Martin Goodman Trail. 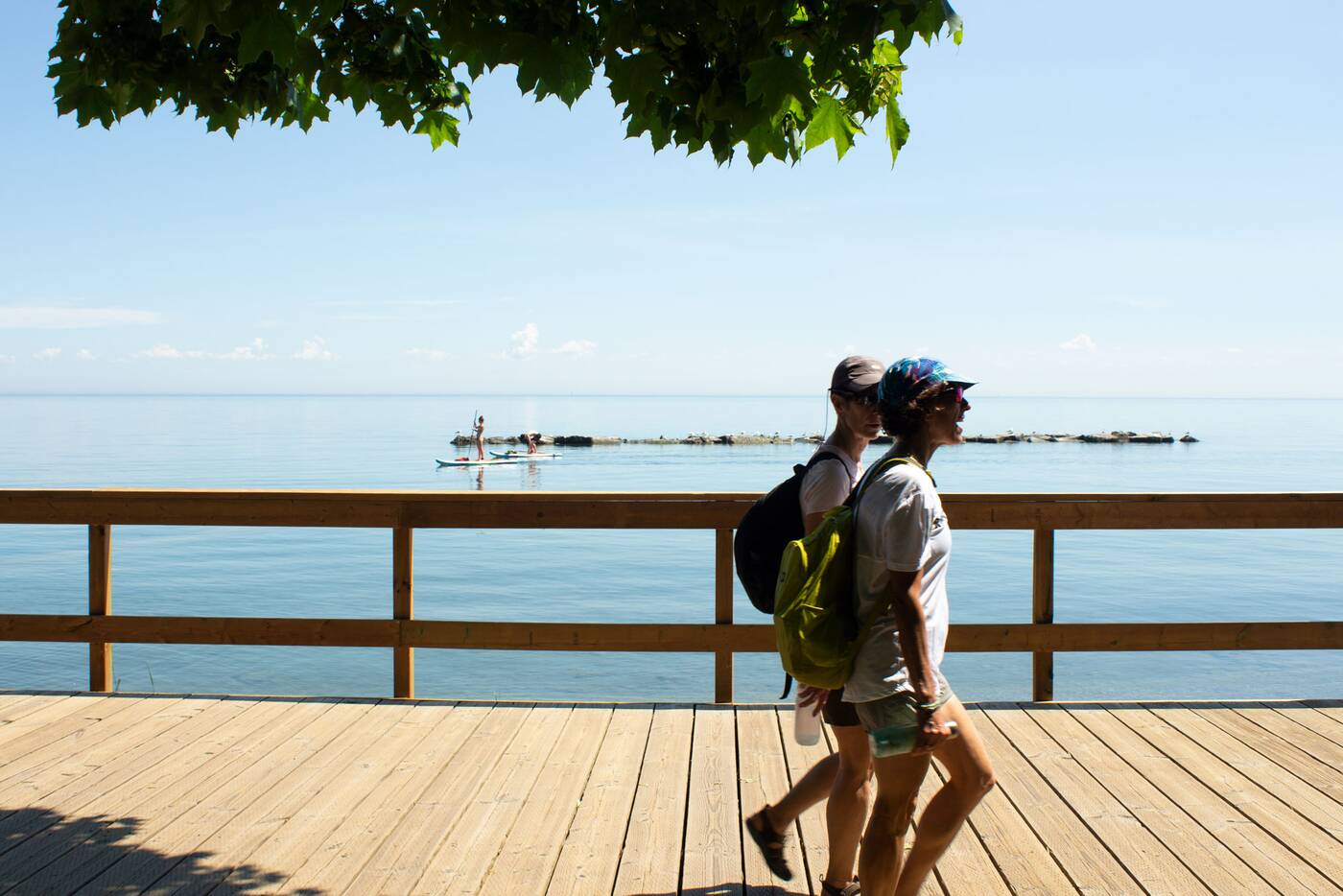 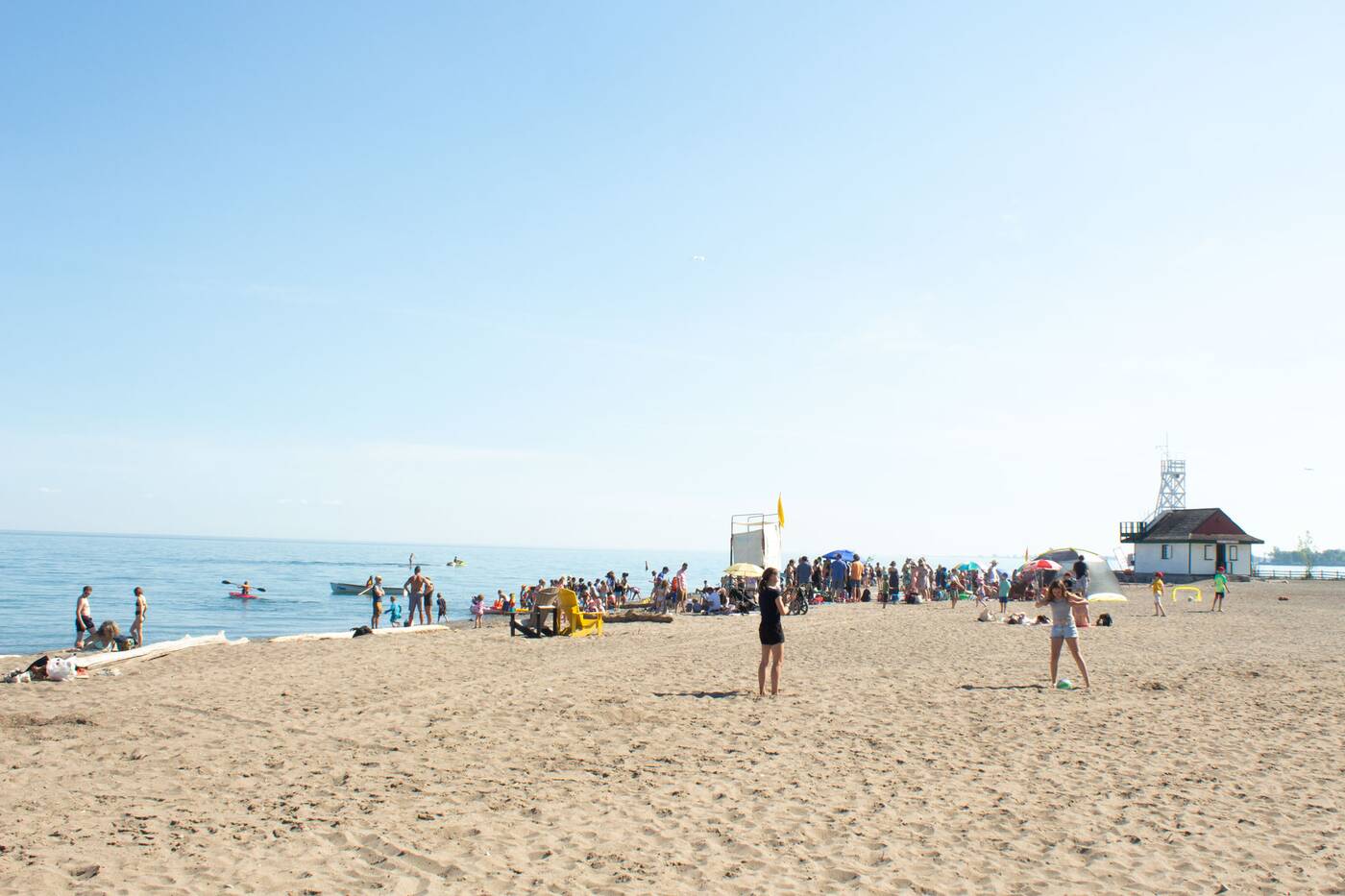 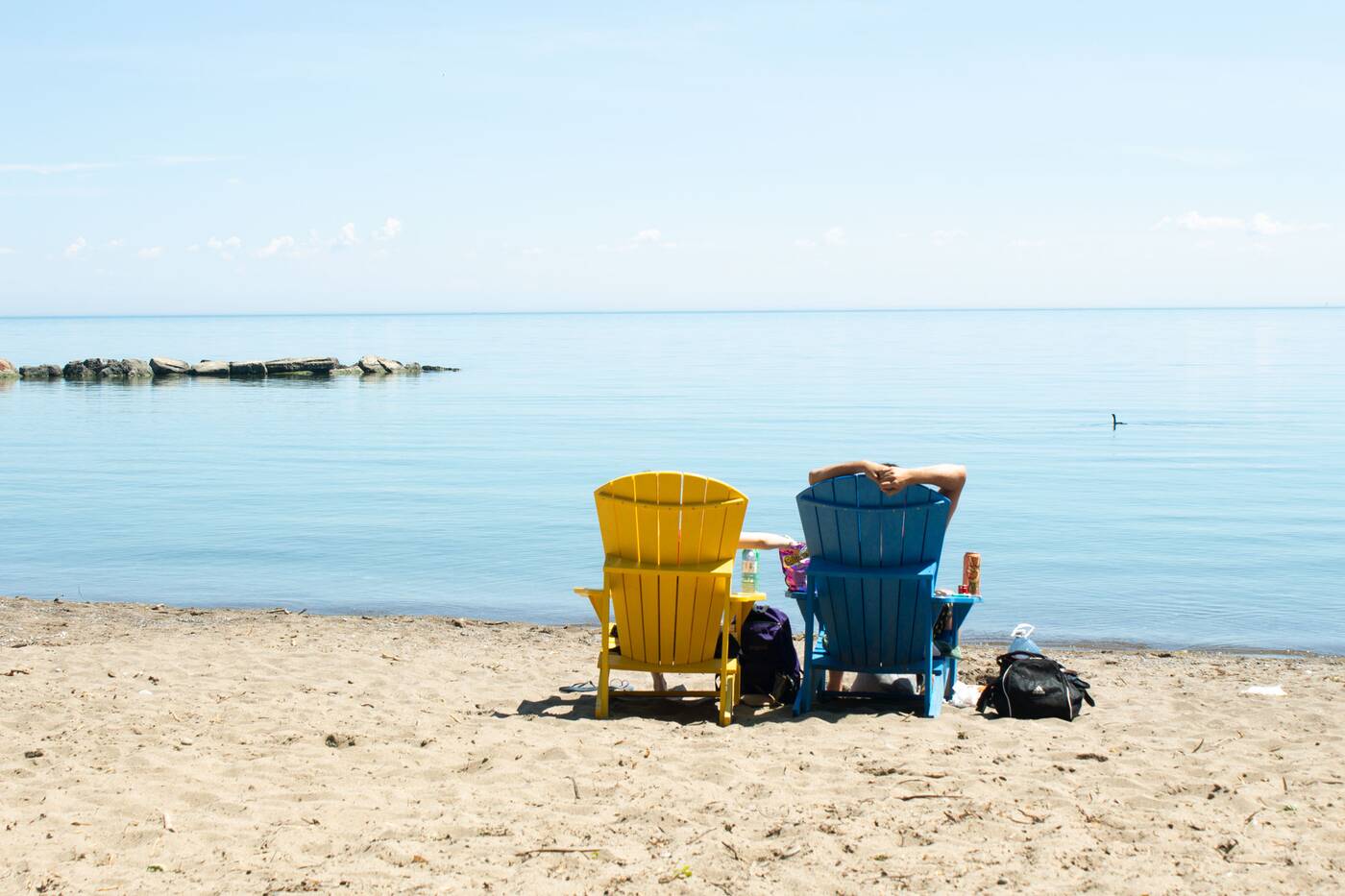 Built in the 1920s, it’s one of the last historic structures left along Toronto’s shores. Legend has it that the station and its lifeguards played a role in saving over 6,000 people in its lifetime. 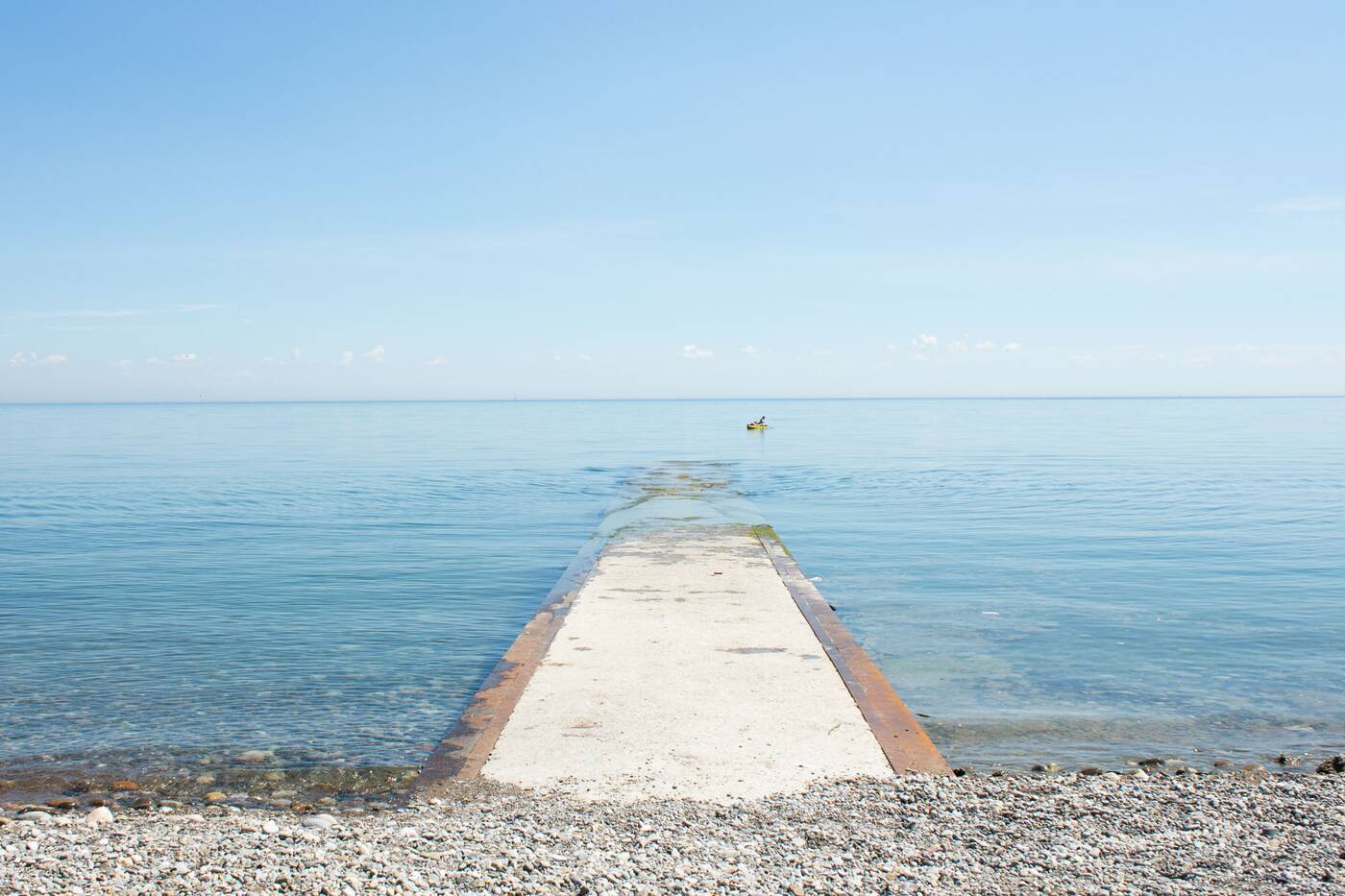 Today, it signifies a different era along the water. Gone are the days of the Scarboro Beach Amusement Park, which took over the land between Kew and Balmy Beaches with its 30-metre obelisk, Chutes ride and circus shows. 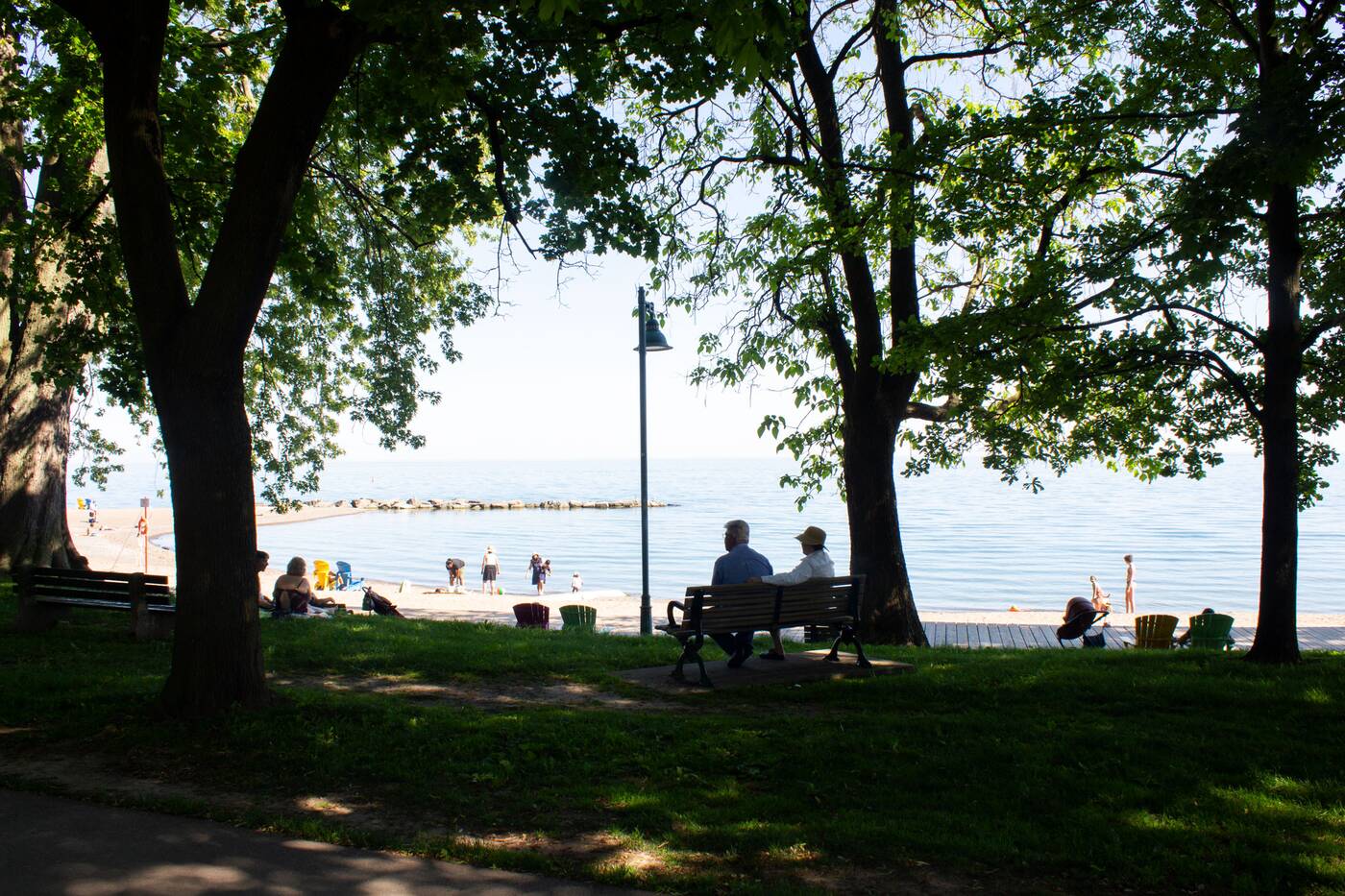 Due to flooding and shoreline erosion in recent years, hundreds of thousands have been spent on relocating and raising this landmark upshore, as well as repairing the surrounding properties. 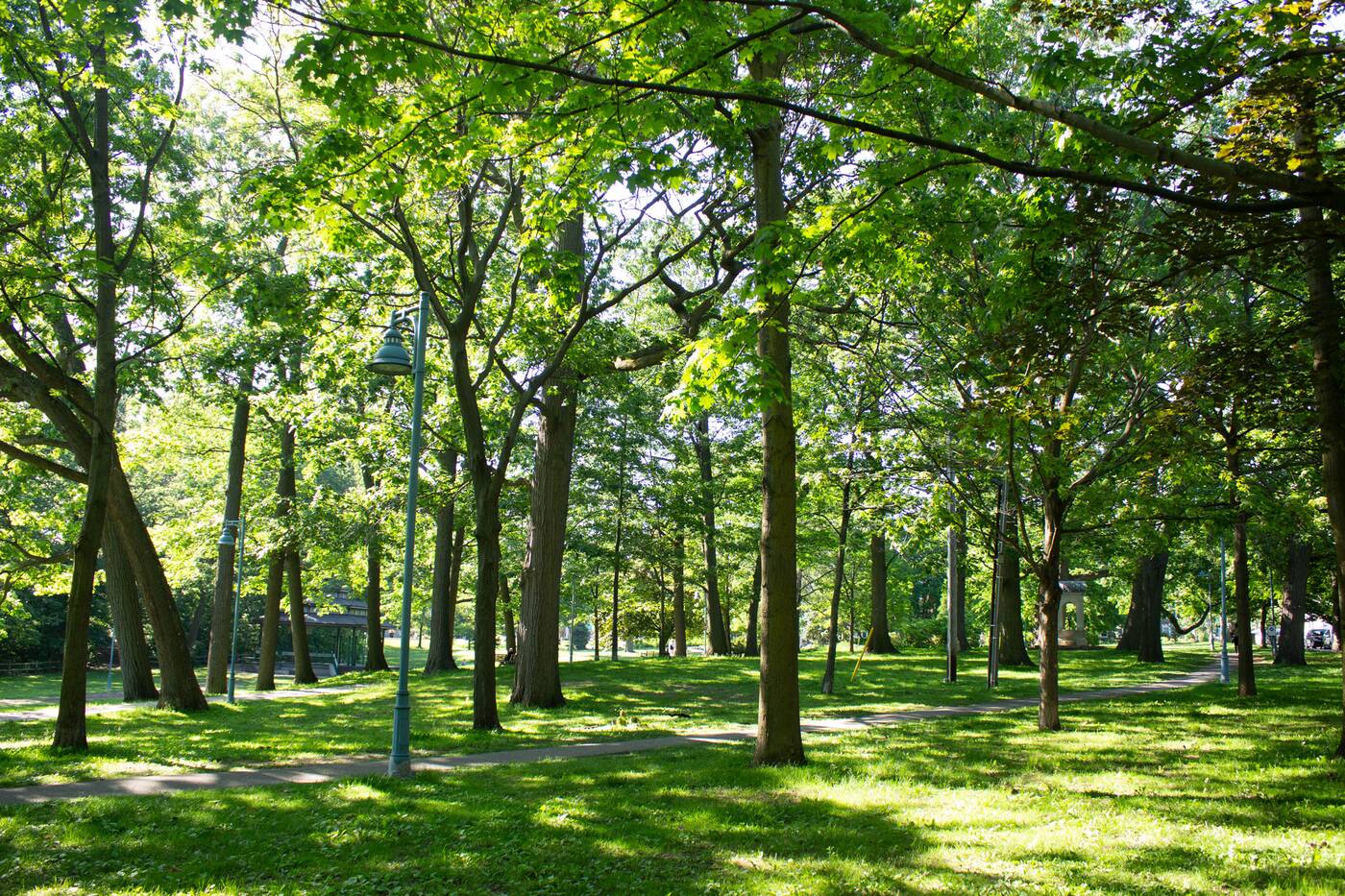 Sitting above the beach is Kew Gardens, a luscious piece of land that’s home to a basketball court, baseball diamond, the old bandstand and the Italian Renaissance-style drinking fountain, dedicated to Dr. William Young. 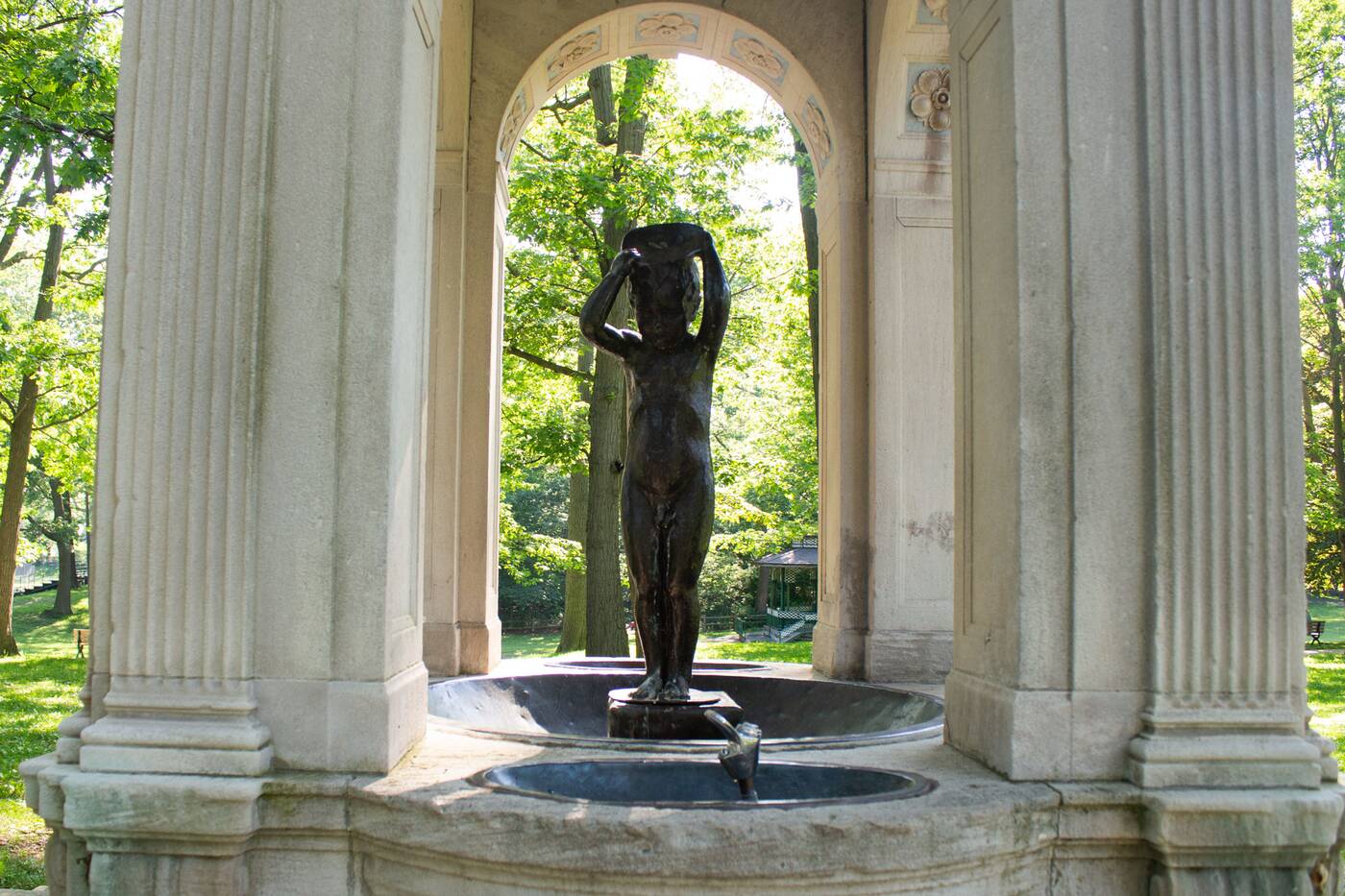 Head to the northwest corner of the park along Queen St. East and you’ll find the historic Kew Williams House, a remnant of the days before Kew Gardens became public property. 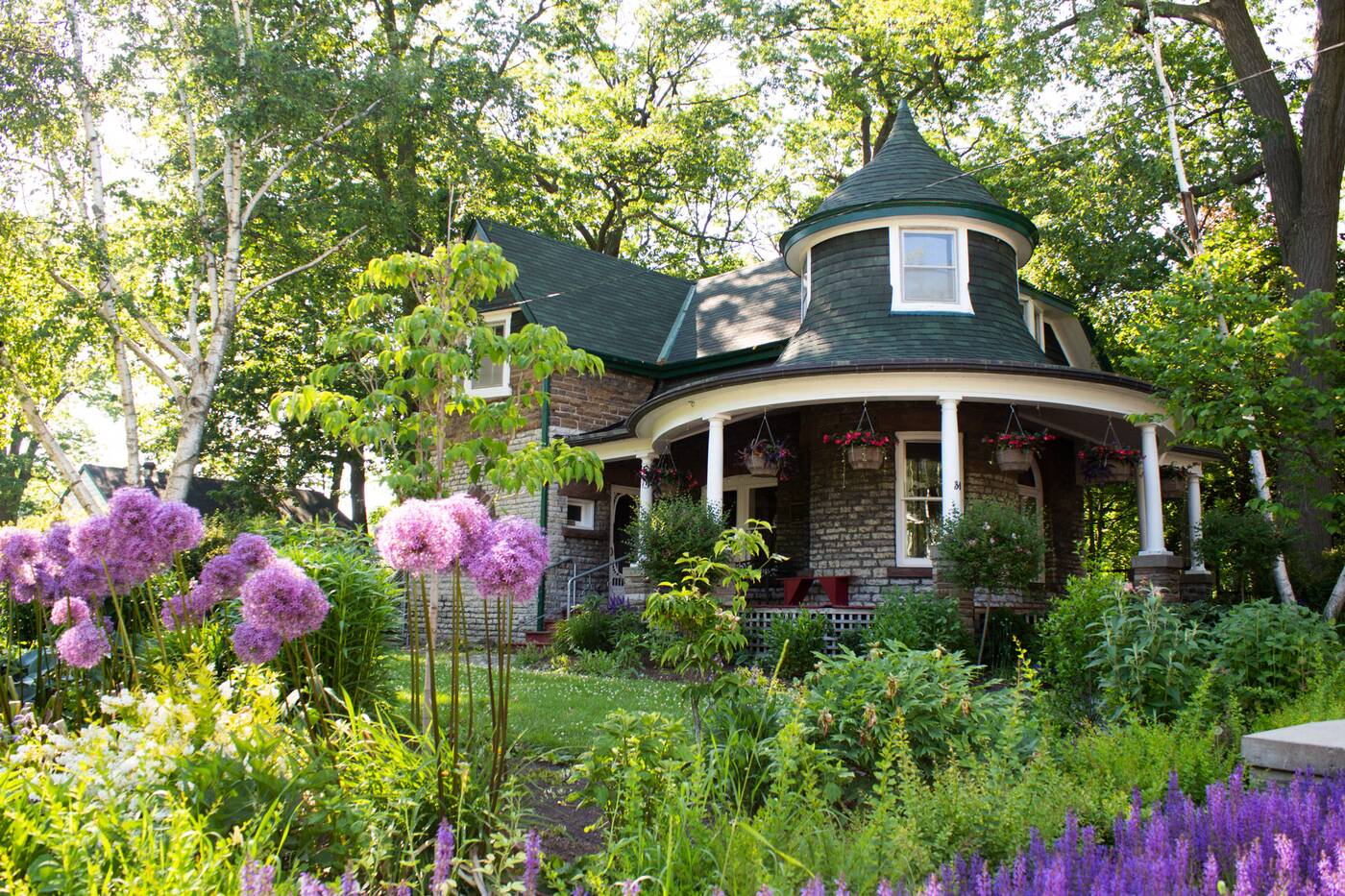 Continue walking along the boardwalk and you’ll notice man-made rock fingers ever 200 metres reaching out into the lake, creating embayments that help to stabilize the shoreline and preserve the long, thin stretch of beach. 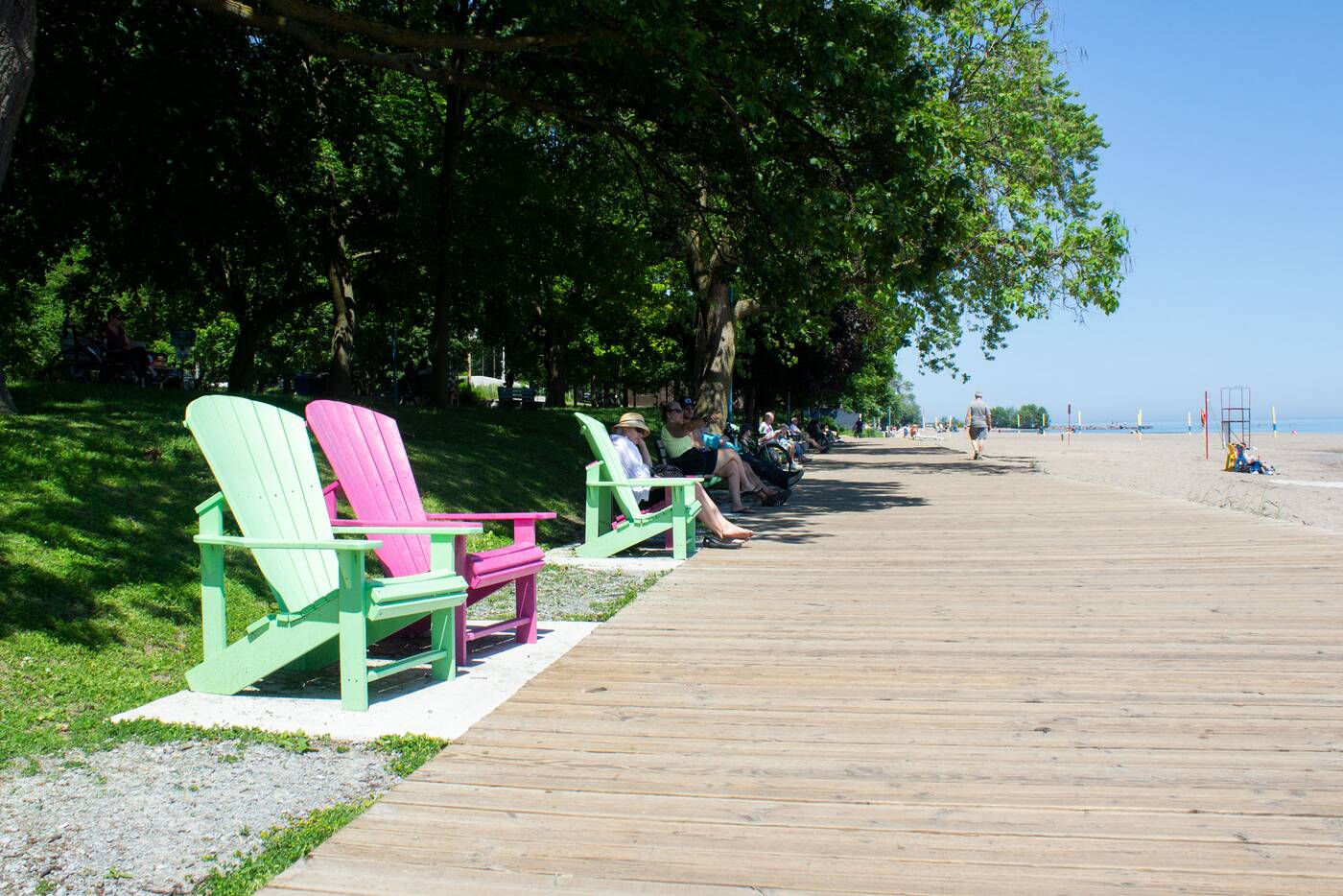 You’ll also find a lot of wooden beach chairs scattered on the sand and along the boardwalk. Chances are, you’ll find some of the elderly locals basking in their favourite spots. 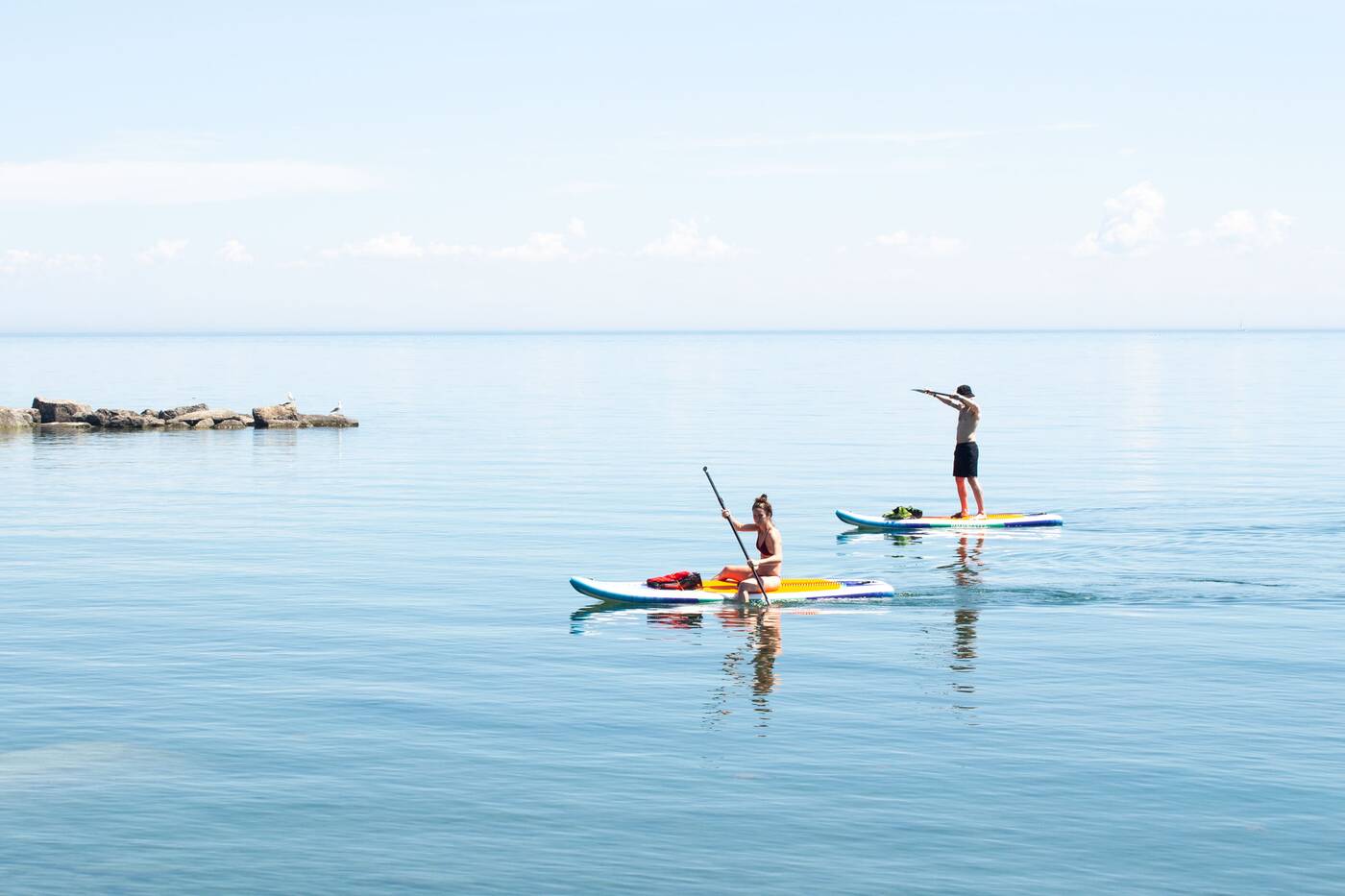 Aside from sunbathing, there are plenty of on-the-water activities available here, from kayaking to SUP. 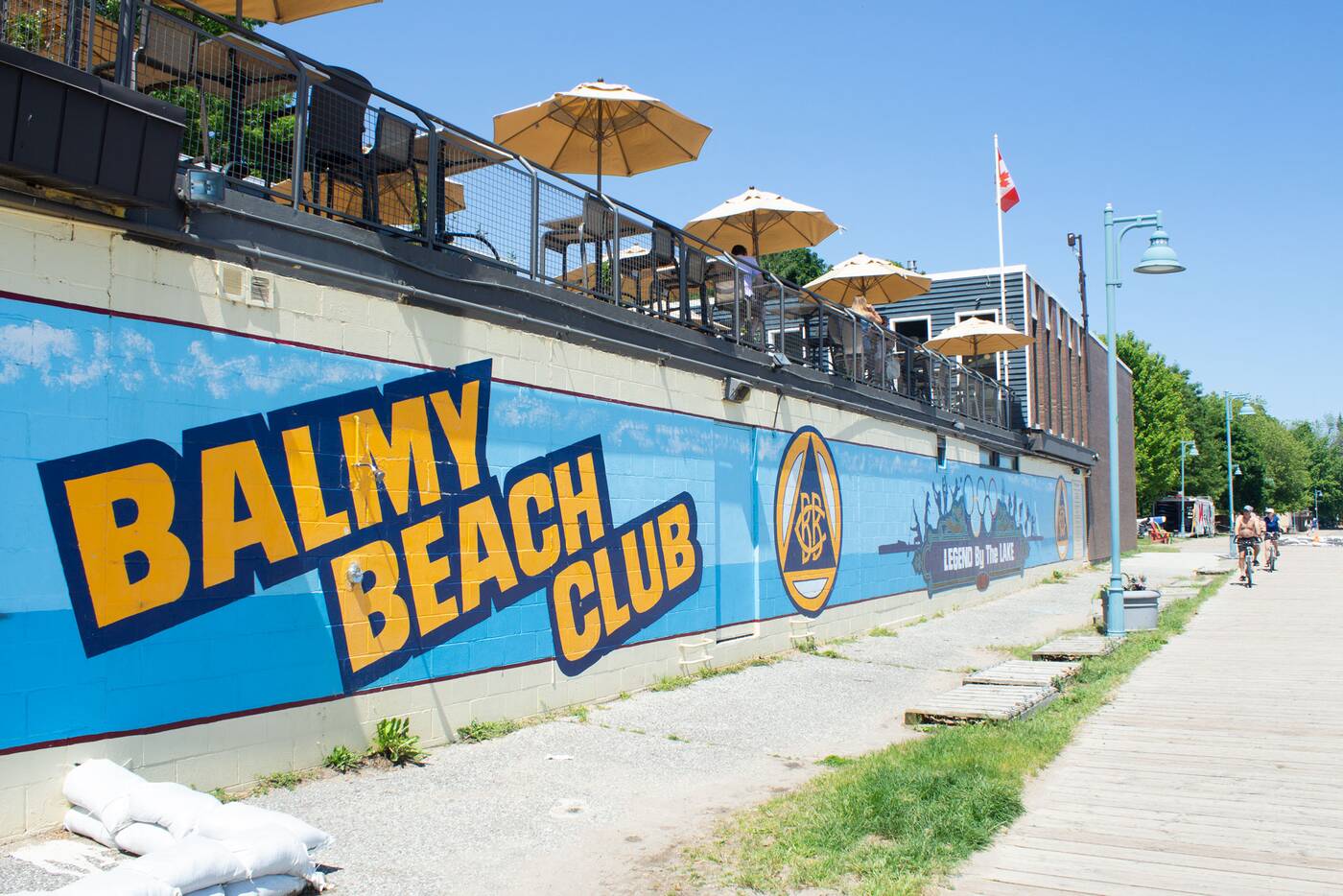 The Balmy Beach Club, a private athletics club founded in 1905 within the tree-lined 7.3-hectare Balmy Beach Park, marks another landmark along the shore. 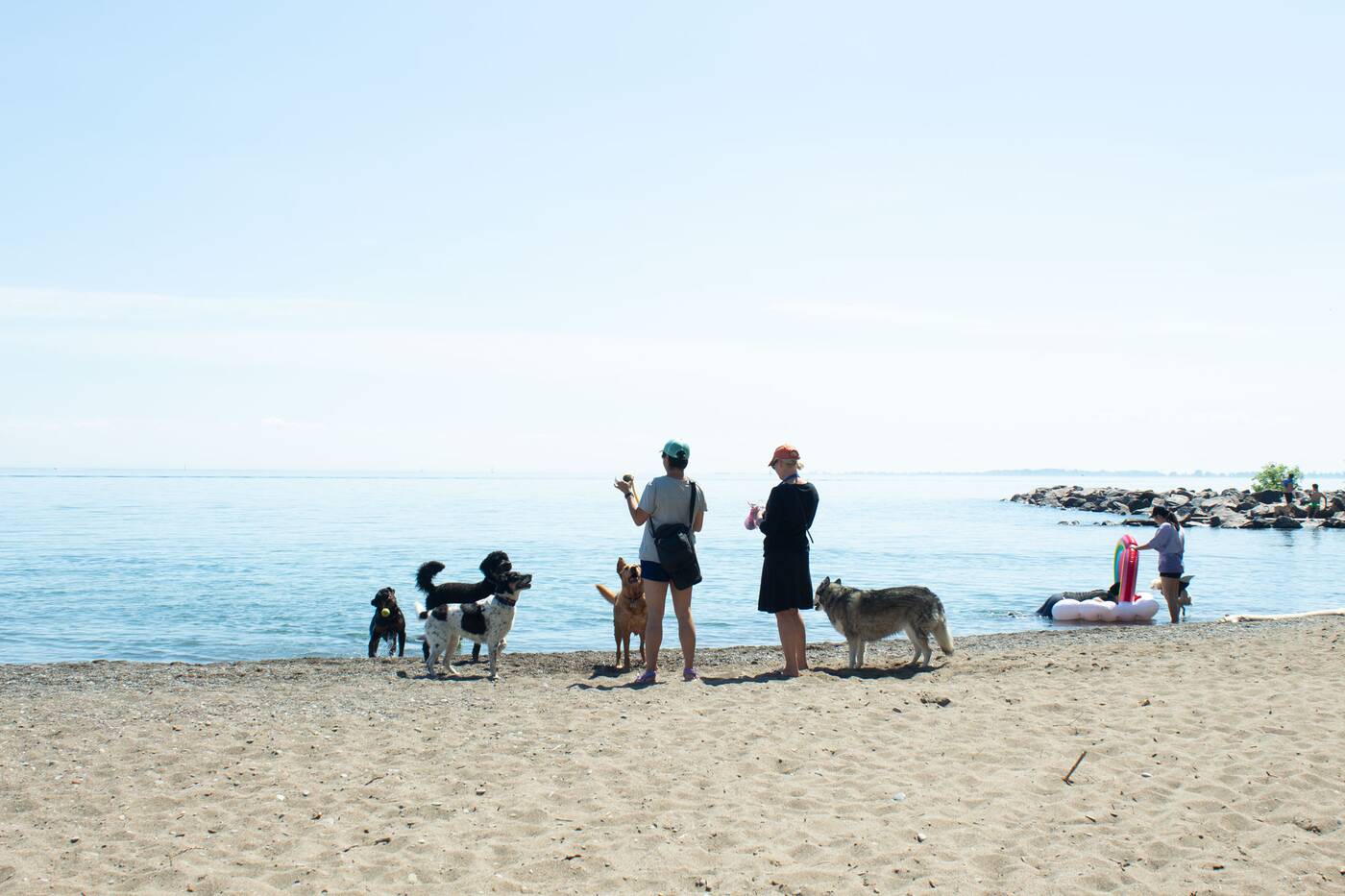 A raised patio overlooking the water offers what is probably one of the best views around. Despite two fires, the legacy of the club lives on, and the ground-level wall proudly boasts the number of Olympic-level athletes that have trained there. 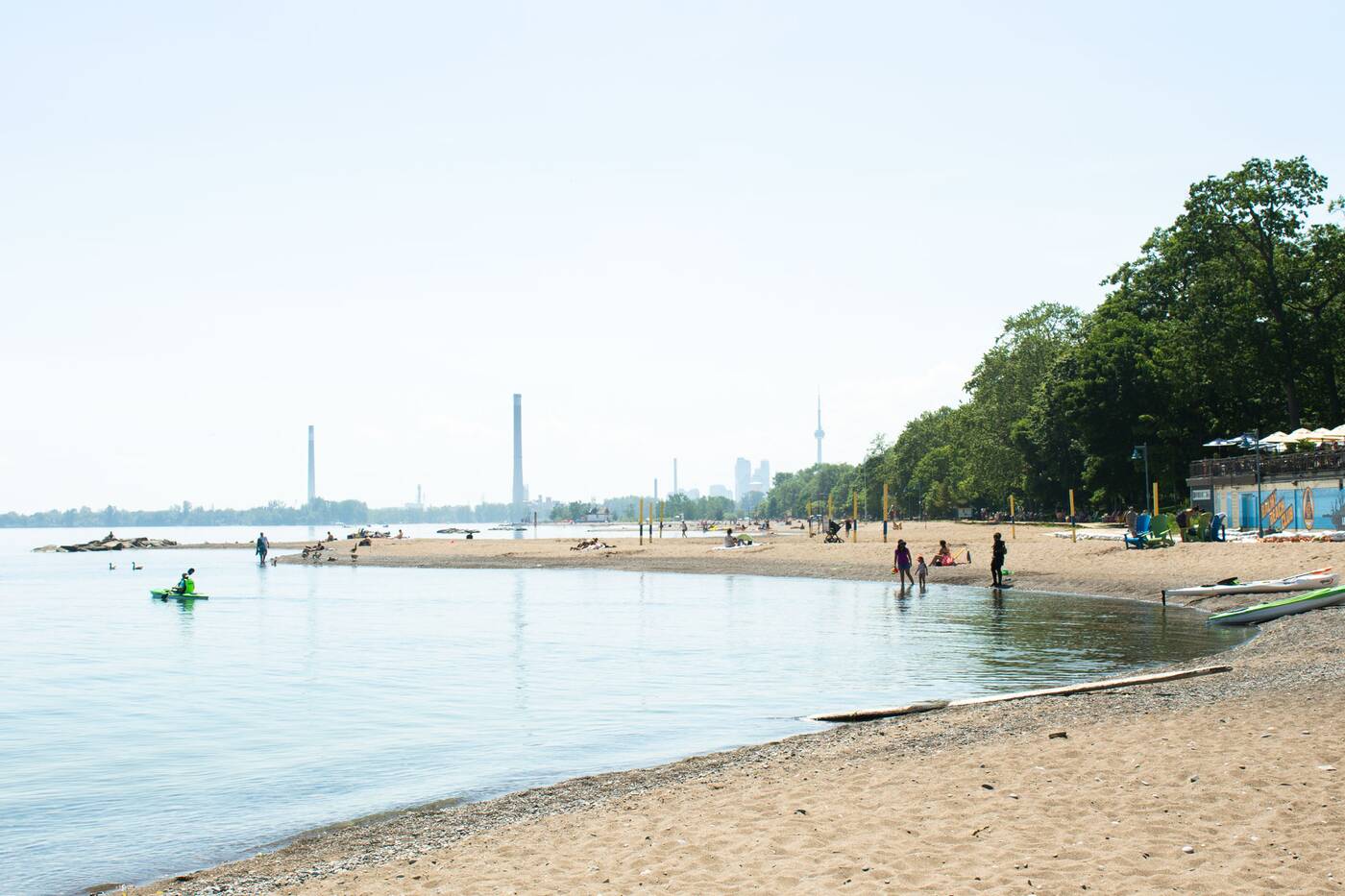 Eventually, you’ll make it past the Nursewood Dog Park (essentially just a slope leading down to the river) to the R. C. Harris Water Treatment Plant, the Art Deco building that has become a site of wonder every year during Doors Open Toronto for its architectural beauty. 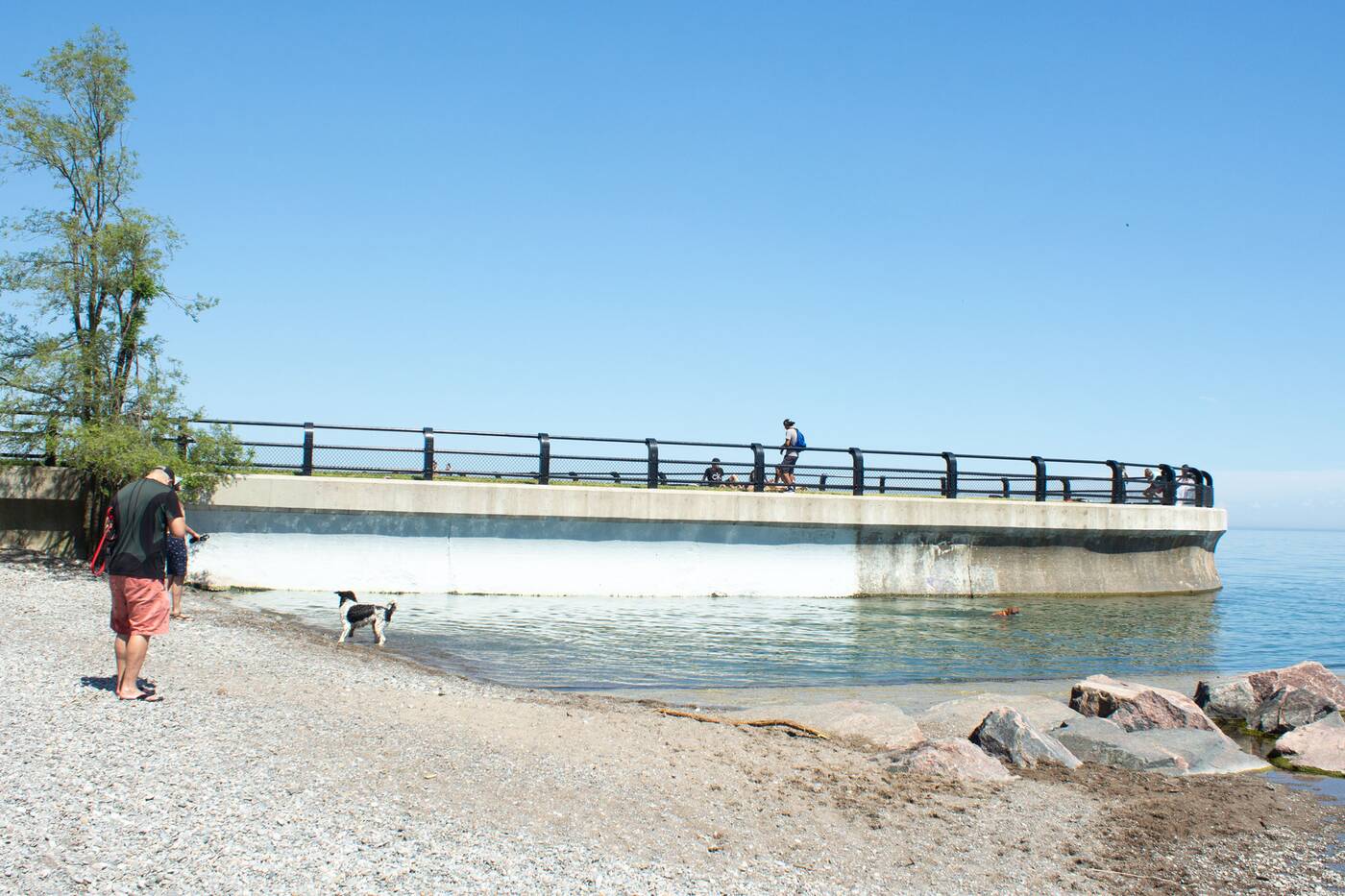 Nicknamed the Palace of Purification, it sits where the old amusement park, Victoria Park, used to be. 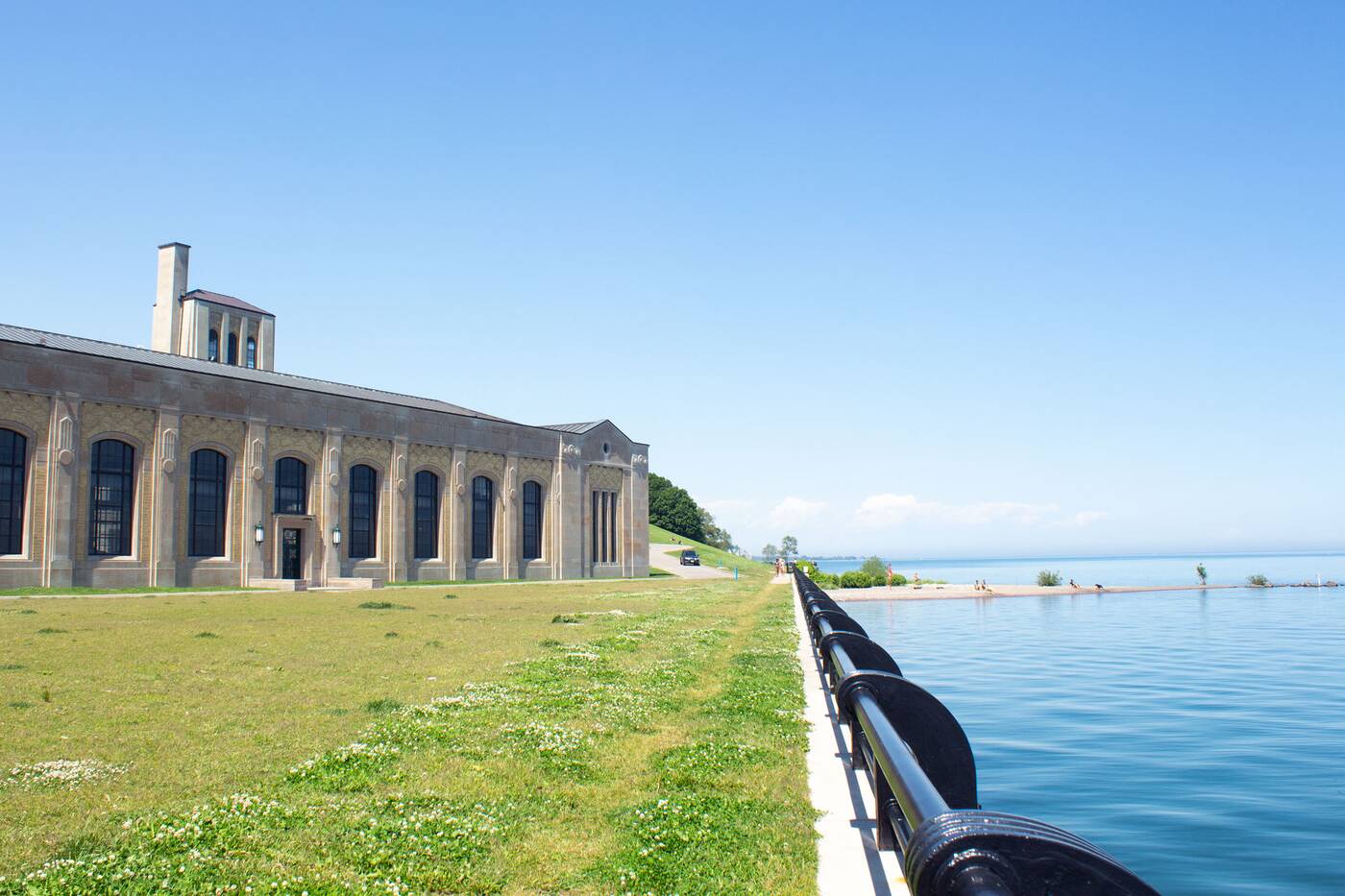 by Tanya Mok via blogTO
Posted by Arun Augustin at 5:56 AM