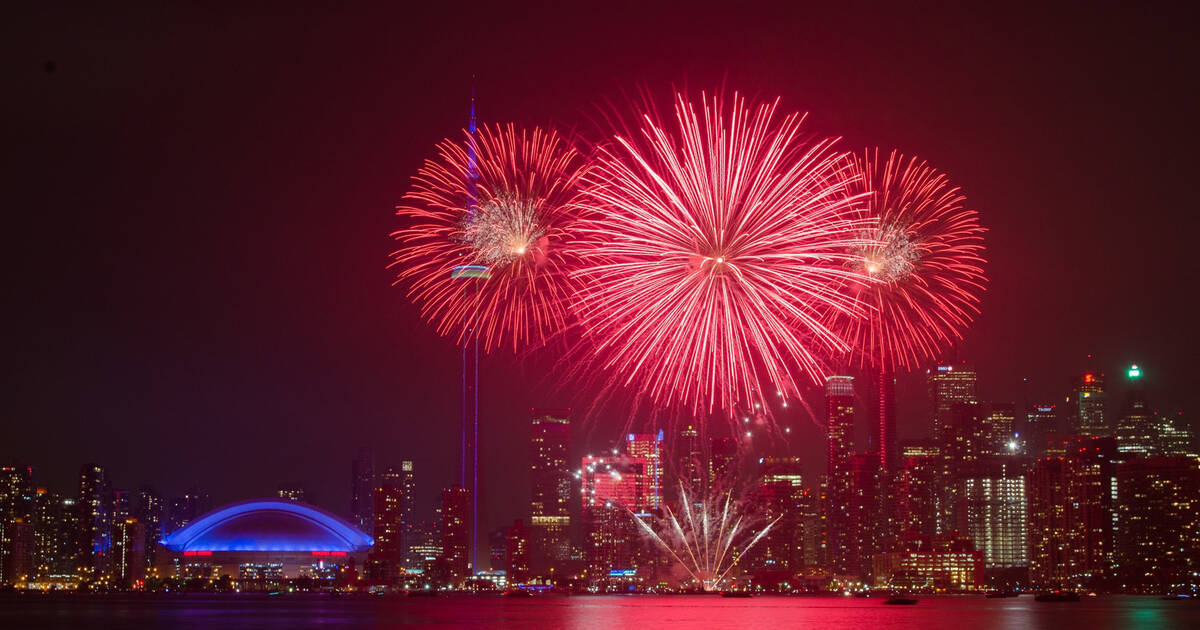 Canada Day events in Toronto for 2019 are full of classics like the many fireworks shows happening all over and the big festival on the waterfront. Broken Social Scene are performing and the Mandarin is having a free buffet. If you're wondering what's open and closed, here's a handy guide.

Canada Day Fireworks (July 1 @ Ashbridges Bay)
Grab a blanket and watch the skies light up across the lake with celebratory fireworks in honour of Canada's birthday over at Ashbridges Bay.
Broken Social Scene (July 1 @ Concert Stage)
The Canada Day celebrations are in full effect as Toronto's own indie rockers Broken Social Scene drop by for a free concert on the waterfront.
Promise Cherry Beach (July 1 @ Cherry Beach)
It's truly a Canada Day party on the beach with DJs from Calgary, Montreal and many of Toronto's own beat makers dropping by for the day.
Mandarin Free Buffet (July 1 @ Multiple Venues)
You read that correctly: the Mandarin is celebrating 40 years of buffet-style dining with a free Canada Day menu at its locations across the province.
Canada Day at TIFF Bell Lightbox (July 1 @ TIFF Bell Lightbox)
Celebrate Canada Day with works by Canadian filmmakers from all over the country, including Away From Her and Enter la Mer et L'eau Douce.
Canada Day at Downsview Park (July 1 @ Downsview Park)
Downsview Park is ready to party with a whole day of festivities for the whole family, including food, activities, games, entertainment and fireworks.
ReelHeART Festival (July 1-7 @ Imagine Carlton Cinemas)
The annual ReelHeART film and screenplay festival kicks off with live readings, shows and screenings around the city in celebration of indie cinema.
Canada Day Weekend at Ontario Place (June 28 - July 1 @ Ontario Place)
Slap on the sunscreen and spend a day over at Ontario Place as it hosts an Indigenous look at Canada Day, outdoor activities and lots more.
Ribfest (June 28 - July 1 @ Centennial Park)
There's still another day to get messy as ribbers from all over the province drop by for this huge rib festival with a beer garden, actives, music and more.
Waterfront Festival (June 29 - July 1 @ Sherbourne Common)
The tall ships are sailing in for a final day of this Maritime-themed festival that features East Coast food, entertainment and a market.

by Lisa Power via blogTO
Posted by Arun Augustin at 10:17 PM