Someone just created a LEGO set for the Toronto Raptors 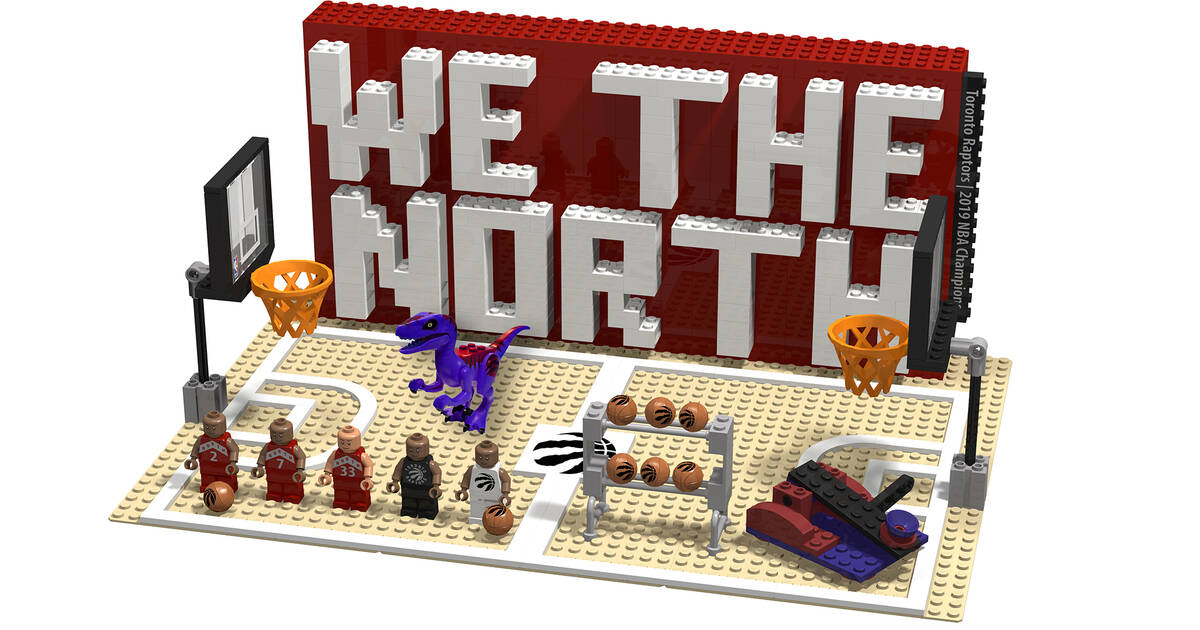 There could soon be a Raptors LEGO set coming to a toy or hobby store near you.

LEGO has an Ideas submission, which allows anyone to design their ideal set and if it accumulates enough votes in support, the company will consider creating it.

Aaron Chapman, a LEGO designer based in Canada, created 5 mini figures of the Raptors' starting five, the infamous dinosaur mascot, a basketball finger shooter and a Toronto home court with a We The North banner.

Three of the players are sporting their game-winning jerseys and the others are wearing their traditional home and away jerseys. The set would be 370 pieces.

Chapman is in the midst of personalizing his design of each player’s face and hairstyle.

In order to make this an official LEGO set, people must vote in support of the project.

Also this week, stop motion animator Jared Jacobs was so inspired by Kawhi Leonard's playoff performance that he decided to recreate the iconic buzzer-beating shot in a LEGO video.

Being a fan of the Toronto Raptors doesn't get much more dedicated than that.

by Hannah Alberga via blogTO
Posted by Arun Augustin at 9:06 AM