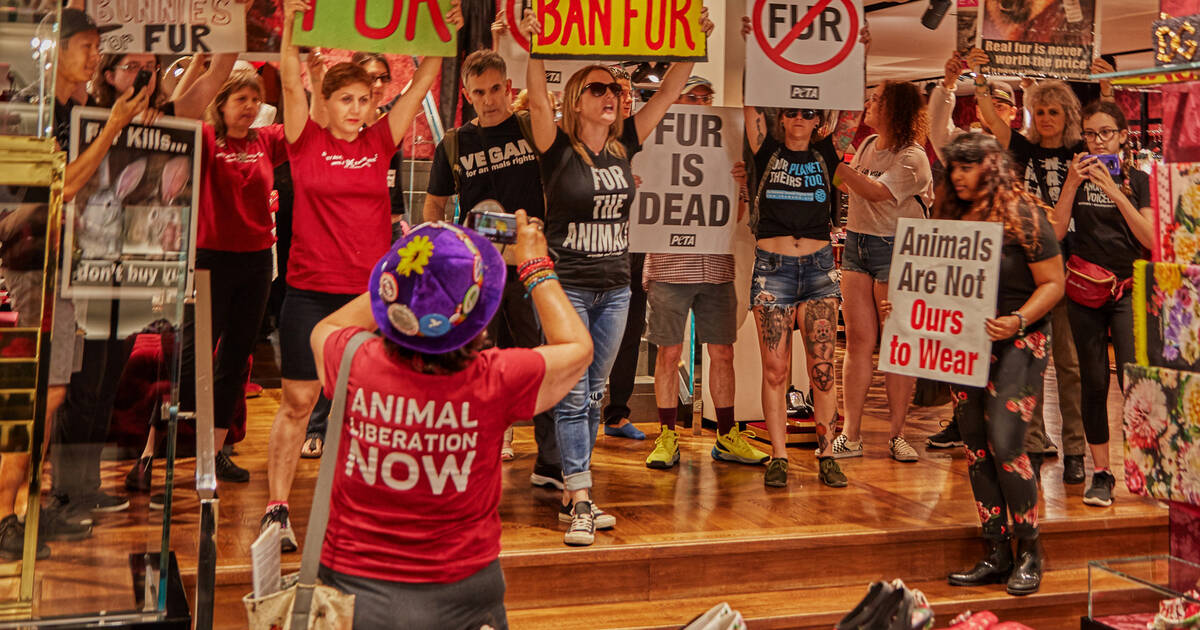 The latest animal rights protests in Toronto are going beyond butchers like Cumbrae's and restaurants like Antler. They're now taking on the fashion industry.

On Sunday, a group of about 20 animal rights activists marched into the Dolce and Gabbana store on Bloor.

They entered blasting the sounds of animal cries through megaphones, chanting sayings such as “Dolce & Gabbana, stop murdering rabbits.”

Dolce and Gabbana is one of the few high-end designers still selling fur despite pressure and outrage from animal rights groups and consumers.

Prada, Michael Kors, Gucci, Versace, Armani and Burberry are just some of the designers that have made the decision to go fur-free.

The protest only lasted about five minutes, while store employees persistently asked the activists to leave.

But the group says they aren't done yet.

During the protest, activists held signs saying "Only monsters wear fur" and "Animals are not ours to wear."

Goldberg says they are planning their next protest already.

“Next we’ll be blaring animal screams into Toronto Dolce & Gabbana during an all-day protest that’ll empty out this cruel store, unless D&G goes fur-free essentially now."

by Mira Miller via blogTO
Posted by Arun Augustin at 6:20 PM