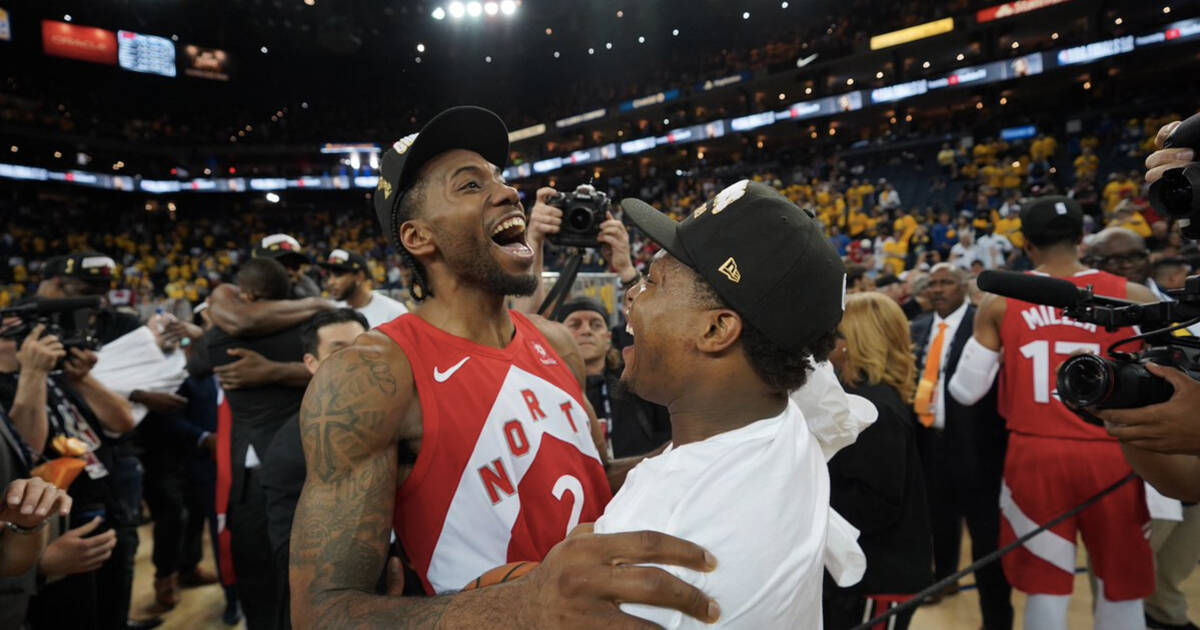 Kawhi Leonard: Will he stay or will he go? It's the million-dollar question (or rather, the $190-million question) on every Toronto sports fan's mind.

The two-time NBA Finals MVP, who earlier this month led The Raptors to their first ever championship, has been quiet about his plans for next season, though league sources did say earlier this week that he will, in fact, become an unrestricted free agent on June 30.

At that point, when the NBA's free-agent negotiation period begins, all eyes will be on 27-year-old Leonard and all the many looking to recruit him.

Updated odds for what team Kawhi Leonard will be on the first game of the 2019-2020 NBA season:

Will the Board Man stay put in The 6ix? Will he go to L.A. and become a permanently sun-kissed Clipper ? Can the 76ers sway him with the famous beauty of Philadelphia? How about the Lakers? The Knicks? The Nets?

Everybody wants the hot-as-fire baller for the 2019-2020 season, but only one team can sign him — or, in the case of Toronto, re-sign him.

Betting types are confident that this is exactly what will happen, according to the sports wagering information site Oddsshark.

As it stands now, the odds are heavily in favour of Leonard re-signing with Toronto.

"The Raptors have made steady gains on the 2020 NBA championship odds since opening at a lengthy +1000, and now sit second only to the surprising Los Angeles Lakers as a +600 wager," writes Sportsnet.

"The Los Angeles Clippers remain the +175 second favourite to bring Leonard back to his hometown, well ahead of the Lakers at +800, and the New York Knicks at +1400, while the Brooklyn Nets lag at +1600 on those NBA odds."

There's been plenty of evidence in recent days to suggest that "He Stay," as fans like to put it, including comments made by Raptors president Masai Ujiri during a press conference on Tuesday.

Ujiri confirmed that he'll be staying on for the next season and that his discussions with Leonard about doing the same have thus far been "positive."

Ujiri is remaining tight-lipped about his talks with Kawhi Leonard.

Kawhi is tentatively scheduled to meet with the #Clippers on July 2nd. pic.twitter.com/3mHvEIvLm5

Leonard was notoriously less-than-thrilled about being traded to the Raptors from the San Antonio Spurs in exchange for DeMar DeRozan last summer, but his stance does appear to have changed quite a bit since helping the Raptors win their first title.

Last week alone, the 27-year-old athlete took in a Blue Jays game, visited Niagara Falls and has been spotted all over town living his life amidst members of the adoring (perhaps too adoring) public.

Sportsnet reports that he is also "engaged in talks on sponsorship deals with multiple Toronto-area companies," which, if true, spells nothing but good news for Raptors fans.

by Lauren O'Neil via blogTO
Posted by Arun Augustin at 2:35 PM