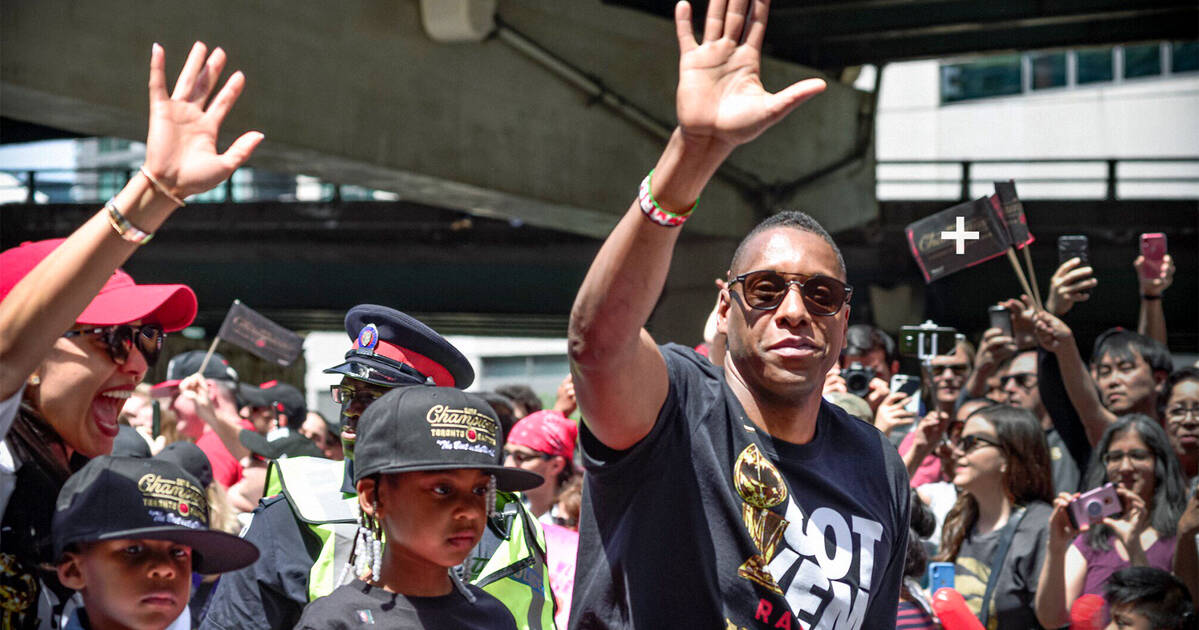 The past 24-hours has been busy for Raptors president Masai Ujiri.

First – last night at the NBA Awards, Ujiri didn't win Executive of the Year. After pushing the controversial trade of Demar DeRozan for Kawhi Leonard – the trade that led the Raptors to win the NBA championship – many thought he'd be an easy pick.

Masai Ujiri finished FOURTH in Executive of the Year voting after pulling off one of the greatest trades in NBA History. That’s insane. pic.twitter.com/hRm2PAxIrO

Ujiri was voted fourth in the run up for the award.

Fans blew up in response. They were horrified that Ujiri did not even receive second or third place.

How was Masai Ujiri not executive of the year? He made one transaction that resulted in an NBA championship. #NBAawards2019

This morning, the Raptors president spoke about the incident he had with an officer at Oracle Arena after the Raptors’ NBA championship win.

Some articles alleged Ujiri struck the officer, causing him a concussion. Others reported that witnesses in close proximity to the incident saw the officer push Ujiri.

Masai on Oakland incident: says lawyers are updating him, and he’ll respect the process. “I’m confident in who I am as a human being.” Will leave rest of comments until investigation is done.

“I respect authority and I’ll wait until that happens."

“I’m confident in who I am as a human being,” he said to The Athletic.

Ujiri is waiting for the police investigation to conclude before he comments further.

"I respect authority and I'll wait until that happens," he said.

The most recent and exciting news – at the end-of-season press conference today, Ujiri confirmed that he is staying with the Toronto Raptors.

“For me, it’s always been about Toronto. I love it here,” he said.

Masai is happy right where he is. 🇨🇦❤️

He did receive propositions from other teams, but his roots are grounded here. “My family is here. My wife is here. My kids are Canadian,” he added.

After the championship, there were rumours that the Washington Wizards, Ujiri’s wife’s hometown, were going to make him a big offer.

For many, Ujiri’s confirmation leads to one last lingering question. Will Kawhi Leonard stay too?

Ujiri is remaining tight-lipped about his talks with Kawhi Leonard.

Kawhi is tentatively scheduled to meet with the #Clippers on July 2nd. pic.twitter.com/3mHvEIvLm5

Raptors president said he has had “positive” meetings with Leonard, but he did not give any more details about their discussions.

by Hannah Alberga via blogTO
Posted by Arun Augustin at 12:40 PM