The Danforth might finally be getting a bike lane 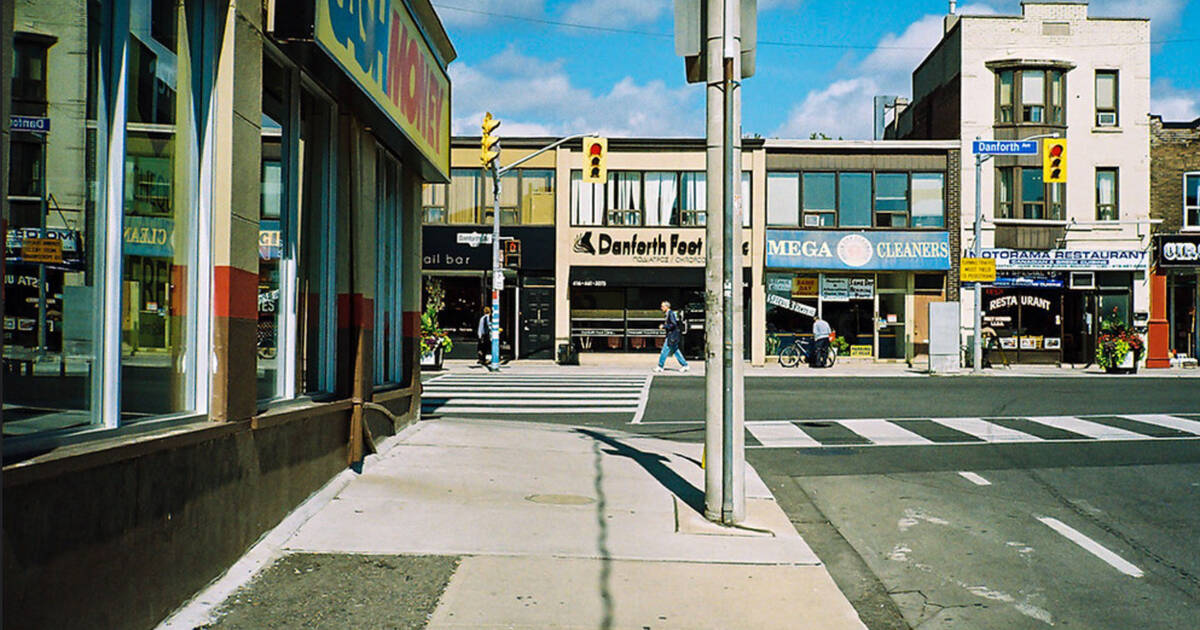 Getting protected bike lanes installed along Bloor Street has been a slow, uphill climb for local advocates — one more arduous than anyone was led to expect when the city approved a new 10-year cycling network plan back in 2016.

At full scale, that plan would have resulted in more than 500 kilometres of new bike track across the city. Roughly 60 kilometres have been built so far.

The city is falling behind on the whole when it comes to cycling infrastructure, and the reasons for that are unclear. What we do know, based on a meeting of Toronto's Infrastructure and Environment Committee yesterday, is that councillors aren't letting it slide.

Today we took a meaningful step towards designing and implementing a bike lane pilot on the Danforth. Progress like this will help us improve #RoadSafety for everyone! Thanks @McKelvieWard25 for introducing my motion at committee. #VisionZero pic.twitter.com/rMFIgQifQ7

A staff report that went before the committee on Thursday effectively reccomends paring back the ambitious 10-year plan approved by City Council in 2016. A lot.

"It strips out longer term goals and sets no real targets beyond 2021," writes The Star's Editorial Board in criticism of the cycling network plan update this week. "And, of all things, proposes yet more study and a go-slow approach for a cross-town Bloor-Danforth bike lane."

Go-slow, but still not a no-go, which is where a silver lining lies.

Part of the city's updated, less-ambitious cycling network plan (adopted with amendments on Thursday) includes a "near-term" study of bike lanes along Danforth Avenue between Coxwell and Broadview.

Thank you Infrastructure and Environment committee for unanimously approving pilot of Bloor bike lane extension to High Park as early as 2020 and for pushing forward on consultations on a Danforth bike lane pilot. On to Council in July. #topoli #biketo pic.twitter.com/FOXR9sR5Fv

"Launching in summer 2019, through a collaboration between Transportation Services, City Planning, and Economic Development and Culture, this project will evaluate opportunities for a complete streets design," reads the report. "Implementation proposed for 2021."

The same timeline is proposed for the study and implementation of bike lanes along Bloor Street West between Shaw and High Park, pushing one of Toronto's most popular east-west corridors straight to the top of the city's priority list.

Is it a perfect plan? No —but it's a start, and those who've long advocated for proper cycling infrastructure along the Bloor-Danforth strip are taking it as a victory.

Was able to help advance plans for bike lane expansion Bloor west with @gordperks & @anabailaoTO and Danforth with @PaulaFletcherTO & @BradMBradford. A good day at the office.

"Danforth is one of the most heavily used cycling thoroughfares in the city without a dedicated bike lane," wrote Ward 19 councillor Brad Bradford in a letter presented on Thursday. "It is also the critical link in completing an east-west cycling connection through the heart of Toronto."

"With the Danforth Planning and Complete Streets Study underway I am optimistic we will get a bike lane on the Danforth soon," continued Bradford, who spearheaded a motion to move up the Danforth pilot study.

"However, I know that process is important to its success. We need to hear from businesses and local stakeholders so we can ensure that the street will be vibrant for generations to come."

All that's left now between the Danforth community and its long-awaiting bike lane pilot is a final stamp of approval from City Council on July 16.

by Lauren O'Neil via blogTO
Posted by Arun Augustin at 7:45 AM