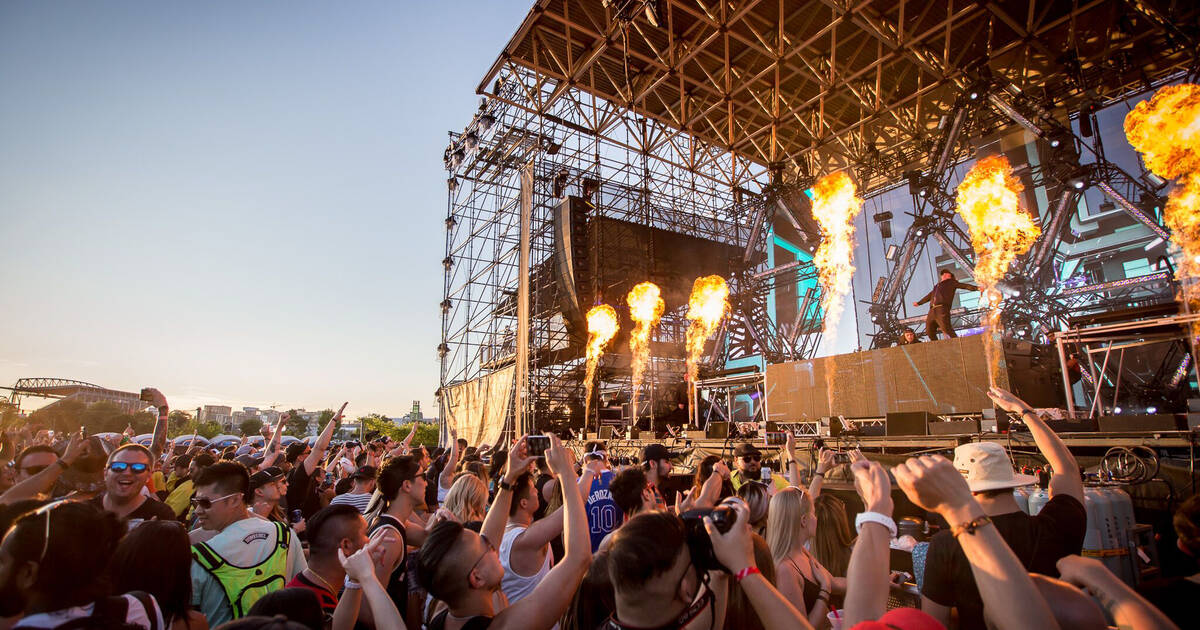 The long weekend is in full effect with events in Toronto today including the first day of Bud Light Dreams and the Waterfront Festival. You can eat your heart out at two food festivals or dance to some Latin beats. There's also film and two big parties worth checking out.

Tyga (June 29 @ Cabana Pool Bar)
Rapper Tyga is setting the mood at this huge poolside party with an afternoon of beats and support by Jed Harper and Chris Laroque.
Sustainable Block Party (June 29 @ Organic Garage in the Junction)
Back again is this big block party dedicated to vegan goodies of all kinds with a huge variety of plant-based food, eco-friendly vendors, speakers and more.
Sunnyside 21 (June 29 @ Sunnyside Pavilion & Cafe)
The Canada Day weekend celebrations are going down at Sunnyside with DJ Derrick Carter spinning the beats alongside Richard Brooks and Miz Megs.
Duke Eats Festival (June 29 @ Finch and Keele Commercial Centre)
Food trucks and local vendors are serving up a huge variety of eats at this big food festival with a craft market, kids activities, entertainment and more.
Eye Myth Art/Experimental Film Fest (June 29 @ 187 Augusta)
New art and experimental works by Canadian and international filmmakers are on at this festival, plus drinks and discussions.
The Blair Witch Project and Hellraiser III (June 29 @ Revue Cinema)
It's a night for psychological thrillers and outright horror as the Revue screens both The Blair Witch Project and Hellraiser III in 35mm.
Bud Light Dreams (June 29-30 @ RBC Echo Beach)
Zedd, Rezz, Louis the Child and Nghtmre & Slander are just some of the EDM/house/trance DJs dropping by to play at Echo Beach.
Diversity Festival (June 29-30 @ David Pecaut Square)
Toronto's diversity is on full display at this big festival with food, music, performances, fashion, shopping and art from around the world.
Mas Latin Festival (June 29-30 @ Interchange Park)
It's a celebration of all things Latin at this big festival with Latin food from across 10 countries and live music all weekend long.
Waterfront Festival (June 29 - July 1 @ Sherbourne Common)
The Maritimes are coming to Toronto at this year's Waterfront Festival featuring a fleet of tall ships, market and traditional music and performances.

by Lisa Power via blogTO
Posted by Arun Augustin at 10:11 PM