18 more schools in Ontario now have cases of COVID-19 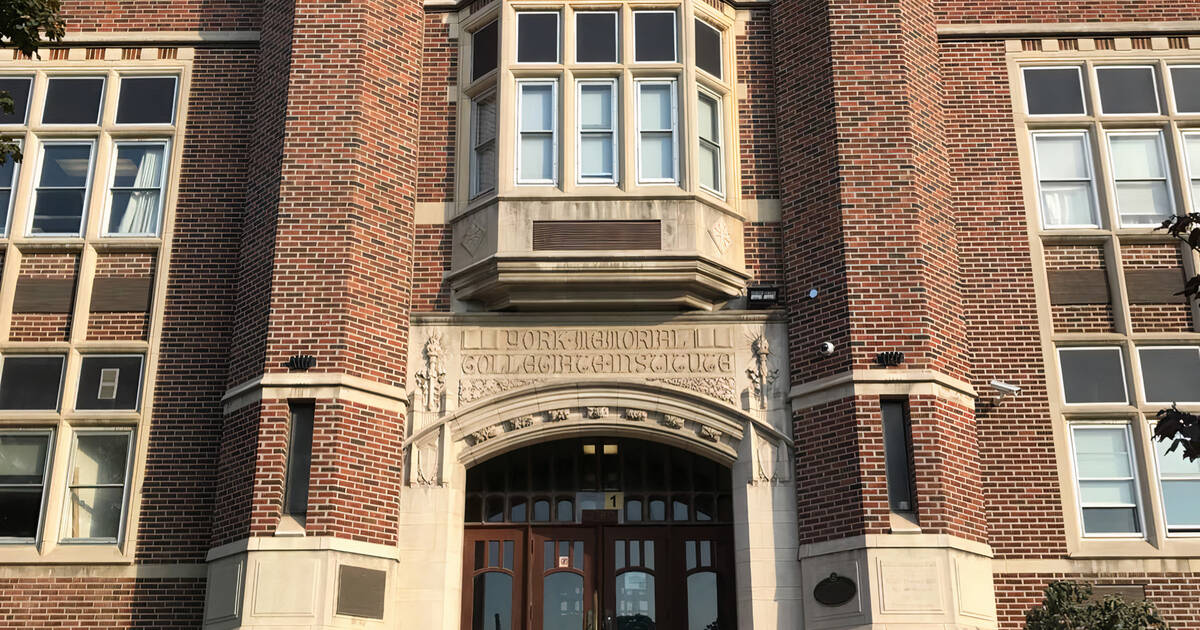 It's been less than two weeks since in-person classes slowly started resuming at schools across Ontario, and the province is already confirming dozens of cases of COVID-19 among students and staff, including 10 in Toronto.

It's something that health officials, politicians and the general public were definitely expecting, and a prospect that led many parents to opt for remote learning for their kids, especially in higher-risk neighbourhoods.

As of Monday morning, a total of 90 cases had been reported in 75 institutions provincewide, and one school — Monsignor Paul Baxter Catholic School in Ottawa — is shuttered as a result.

A testing site has been erected on its premises, and its doors will remain closed for at least two weeks, administrators told Radio-Canada. Ottawa Public Health cited at least four cases linked to the outbreak, though provincial data is still reporting only one infection at the facility.

Fellowes High School in Pembroke also had to close down last week due to an outbreak, but reopened today.

This is the first school in Ottawa to close due an outbreak. #ottnews pic.twitter.com/teEtOlWSj1

In Toronto specifically, there haven't been any schools that have had to temporarily shut down since students returned, but one new infection was found at each three separate facilities since Friday morning: Richview Collegiate Institute, York Memorial Collegiate Institute and St. Basil- the-Great College School.

The cases at the first two intitutions are in students, and the case at the latter is in an employee.

The remainder of cases in public academic settings in Ontario are mostly in Ottawa, Mississauga and Brampton — also the centres of the majority of new COVID-19 in Ontario in general, along with Toronto.

I'll note this data is apparently a little "stale" - it says it was collected on Friday, reported today. Which means any new cases identified over the weekend won't show up until tomorrow.

Another 80 infections have taken place in 21 separate licensed child care centres and homes in the province, 38 of them in children and 42 in providers.

Seven of the affected centres are in Toronto and represent 11 cases total, five of them in children and six in staff.

A large number of teachers, parents and students remain extremely skeptical about the provincial government's back-to-school plan, which sees more people sitting in classrooms than are allowed to gather under the newly restricted social gathering limit of 10 inside and 25 outside.

But, experts have reiterated that it is definitely in the best interests of all involved — including working parents who can no longer simply stay home with their kids all day and students that need social interaction — that the academic year take place in-person despite the ongoing health crisis.

Reasons we've been told
1. Students need f2f interaction
2. For their mental health
3. Children are less likely to catch it.
4. Children belong in schools (Mr. Doug Ford)
What they haven't said
1. For the economy to reopen kids need to be in school for parents to work.

The province will continue sharing the latest numbers and information about school outbreaks through its online tracker, though data has been notably delayed.

by Becky Robertson via blogTO
Posted by Arun Augustin at 11:35 AM