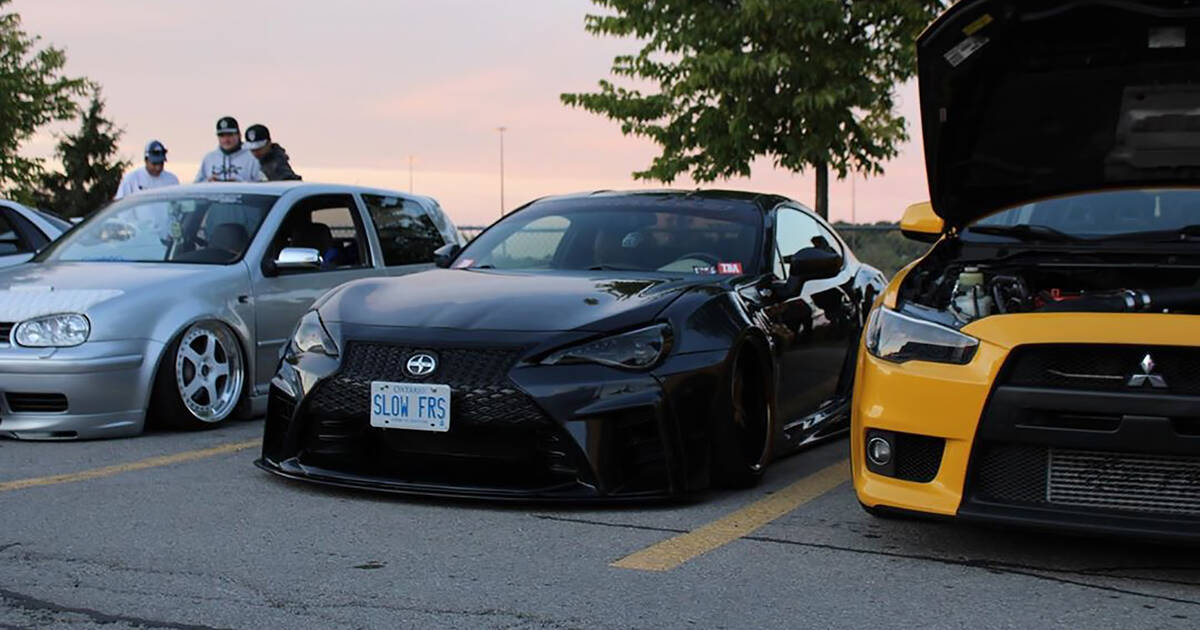 Were you at the massive illegal car rally in Ancaster, Ontario, on Saturday night? The one busted by Hamilton Police with more than 1,000 people in attendance?

Ontario Premier Doug Ford has a few words for you, and none of them are positive.

"You know something guys, I don't get it. I just don't get it," said the premier when asked about Saturday's mega car meetup just outside Toronto.

"If we weren't so backlogged on MRIs, I'd send you to the MRI to get your brain scanned," he said to the event's organizers, specifically. "Because I just don’t think there's anything in there."

And if that sounds harsh to you, buckle up.

Did @fordnation actually just say it’s okay to bully a man but not a woman? I teach my kids it’s not ok to bully ANYONE. So the PM thinks it’s ok to bully some people? What other criteria othee than gender does he use? #ontpoli #fundsmallerclasses #smallerissafer #antibullying pic.twitter.com/scYVMcoAKK

Ford went on to blast the rally's attendees several times throughout his daily COVID-19 press conference on Monday, where he and Associate Chief Medical Officer of Health Dr. Barbara Jaffe once again pleaded with Ontario residents to follow pandemic protocols.

"Don't go out if you're sick, wash your hands frequently, wear a mask..." said Jaffe, linking the recent spike in cases to people — particularly those in the 20-39 age range — "letting their guards down" and feeling like it's okay to hang out with friends.

Saturday's car meetup was particularly aggregious in both its size and timing — it took place just hours after Ford announced that gathering limits had been lowered to just 10 people inside and 25 outside across the province.

"We get the protocols out there and they just blatantly ignore [them], said Ford of the stunt driving enthusiasts, who've been causing more trouble than usual in and around Toronto since the pandemic first hit. "You've really got to wonder."

Doug Ford in reference to the car show- " If they had brains they'd be dangerous".......

Oh boy. He is melting down on live TV.

The premier was careful to note that these types of events don't represent the wider car enthusiast community, of which he is a part.

"This wasn't a show-and-shine," said Ford, describing an event in which vintage car owners get together during the day to admire each other's vehicles.

"This was at nighttime, you can't see the cars," he continued of the Ancaster rally. "What they do… and you can go on the internet and see it… they'll block off the highway and then they start doing drag racing and start doing donuts in the middle of the highway."

"Like, you've got to be kidding me," he said of the behaviour. "If they had brains, they'd be dangerous, not to mention behind a wheel."

The premier also promised organizers of the event that they'd be punished, warning that Hamilton police "will track them down, as sure as I'm standing here."

When asked about the treatment of a local female news reporter who had obscenities screamed at her during the rally, Ford really let loose with a controversial, but well-intentioned piece of advice.

Some Doug Ford highlights from whatever that was:

"you can bully a man, but to bully a woman?"

"these people are YAHOOS"

"to the organizer you have a big fat cheque of 10,000 dollars coming your way"

Ford also chastised the car rally group for putting peoples' lives in danger and for wasting "tens of thousands of dollars" in OPP, York Region and Halton Region resources.

"God forbid something else is happening, someone needs the police, they're busy chasing guys that want to be reckless and do drag racing down a highway or do donuts?" said Ford.

The premier again clarified that he has no problem with show-and-shine types (or "good responsible taxpayers that love cars," as he put it,) but that these nighttime stunt drivers suck.

"You get a few yahoos, as I call them, out there wanting to be big tough guys and closing down highways and doing donuts to impress your girlfriend. You've got to be kidding me."