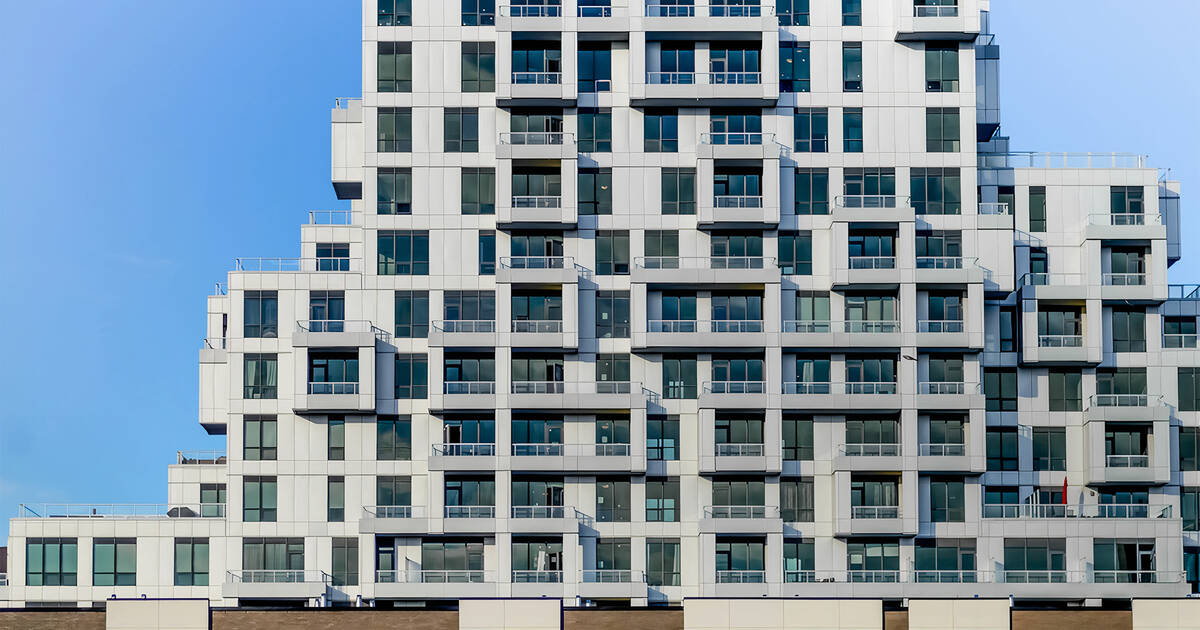 Toronto's housing market has not only failed to slow despite the global pandemic, but has seen sales and prices skyrocket in recent weeks, reinforcing our reputation as an overvalued city that certainly favours sellers.

There are a lot of factors that lead our market to be the most expensive in the country, and some of them make sense: property taxes, low lending rates, high immigration rates.

But then there are those that are a little enraging, like wealthy investors who drive up property values by purchasing homes not to live in, but simply to sit on for capital gains.

Don’t you love subsidizing the rich?

Because Toronto didn’t collect enough taxes on its incredibly expensive property, it needs all Canadians to pay for the shortfall.

You’ll be subsidizing of 1000s of vacant homes, and foreign millionaires. #ToRehttps://t.co/O3XPtQxB2d

Foreign investors still own somewhere around $38 billion of the city's housing supply despite the fact that we have a non-resident speculation tax of 15 per cent.

Ghost hotels have historically also been an issue, with sought-after units across the city snapped up by those with enough funds to use them simply as an investment property to rent out short-term to travelers through sites like Airbnb.

Though the health crisis pushed an influx of former Airbnbs into the actual rental market and Toronto implemented new, stricter regulations for short-term rentals, illegal listings are still rampant, and experts say they seriously impact affordability and availability of housing.

There is also a phenomenon of livable properties sitting uninhabited for years after owners claim they are renovating or selling the building to developers, or while they wait for someone to pay a high enough price.

These are all things that some think could be assuaged by a vacant home tax, which would help increase supply and deter people from buying properties to flip, using them simply as investments without offering them up to renters, or from letting them fall into unused disarray amid an ongoing housing crisis.

Toronto needs to catch up with Vancouver by:

- Channeling these funds to developers of non-profit and coop housing. https://t.co/bkssocME6E

The tax is something that has been on the table for Toronto before, and has been vocally supported by city councillors like Brad Bradford — who has also suggested the same thing for empty commercial storefronts — and Ana Bailao.

Though the city has deferred previous action in order to study whether or not such a move would actually produce enough tangible benefit to residents, a vacant home tax is mentioned as part of its HousingTO Plan for tackling homelessness and other issues in Toronto.

According to the plan, a final report on the feasibility of the tax is due to face committee and council by this December, with potential implementation of the motion soon after, pending council approval.

The money garnered from the new tax would further support other Toronto housing initiatives.

"Other future policy and financial tools that will be necessary to ramp up the supply of affordable rental housing across the city includes a vacant homes tax," the HousingTO 2020-2030 Implementation Plan reads.

The timeline for the item says that it will be "designed, implemented and administered" pending that council approval in December.

Its not just in Vancouver, same in Toronto, at least you guys have Vacant home taxes, Toronto has been paying bunch of morons to study to see if it increases affordable housing supply and here is their research, they can't even spell things correctly in their official report pic.twitter.com/Ot1o8GMHLW

In cities such as Vancouver, the tax equates to about 1.25 per cent of the value of a home if it is not the owner's principle residence or is deemed to be unrented for six months of the year or more.

That city cites "returning empty or under-utilized properties to use as long-term rental homes for people who live and work in Vancouver" and "helping relieve pressure on Vancouver's rental housing market, as our city has one of the lowest rental vacancy rates and the highest rental costs in Canada" as grounds for the tax.

One could very fairly argue that Toronto shares these same reasons, and it seems that online, there is great support for the idea — though many believe it should be higher than 1.25 per cent.

"Please god they need to do this. The number of properties bought by developers, and then left to sit while they get around to maybe demolishing them is astonishing," one Toronto Reddit user stated in a thread on the topic.

"This is great, f*** Airbnb. Having homeless in parks and empty condos and apartments is a disgrace," another added.

And still another: "It's only 1% in Vancouver, which is not nearly enough when the place goes up by 10% a year. The vacancy tax needs to wipe out almost all gains. Realistically the tax needs to be at least 5%/year if the property is vacant for more than a few months. And this should go for ANY property in the city."

Many also point out that the tax would obviously not only tangibly benefit Torontonians, but the city itself, which is struggling right now amid a massive COVID-19 deficit.

@JohnTory "wow we're desperate, the city has no money, we need creative ideas to raise revenue"

Millenials/Gen-Z: "What about a tax on empty homes that are used to store wealth rather than for shelter?"@JohnTory: "We're not *that* desperate" #TOPoli

We'll have to wait until the end of this year to see if it's something that finally gets put into motion.