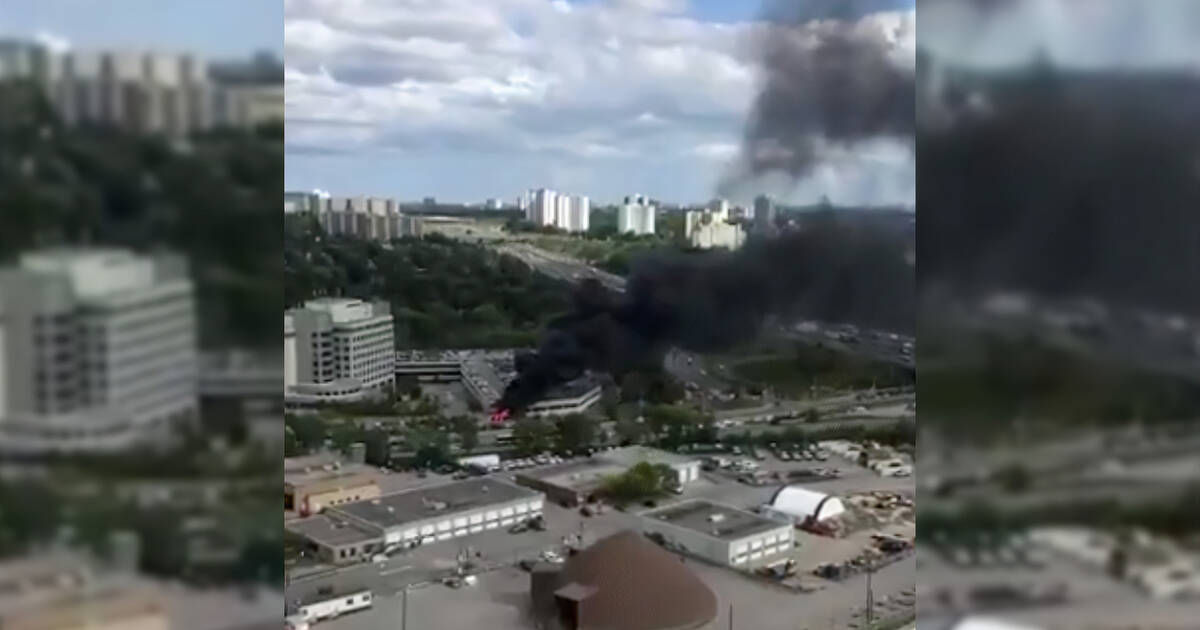 Toronto can add a sizeable parking lot fire to the list of things making our skies hazier than usual today (you know, on top of the far-travelling smoke from wildfires in the western U.S.)

Police were called to North York General Hospital for reports of "vehicles on fire" and a "possible propane explosion" around 3:15 p.m. on Thursday afternoon.

Ramps from Highway 401 to Leslie Street were immediately closed as police and fire officials investigated.

Fortunately, police say there were no injuries.

Nearby residents were a bit spooked, nonetheless, to see thick black smoke rising from the site of a large hospital — one packed with people waiting in line for COVID-19 tests.

Their worries were soothed when police announced at 3:45 p.m. that firefighters had made quick work of the blaze and pedestrians could return to the hospital.

"This afternoon, there was a fire outside near our General site parking lot. There are no injuries. Toronto Fire and Toronto Police are on scene and the situation is under control," said North York General Hospital in a statement.

"Clean-up continues outside following a construction vehicle fire near one of our parking lots at the General site this afternoon," the hospital tweeted around 4:10 p.m. "Thank you to fire and police services for attending and keeping everyone safe."