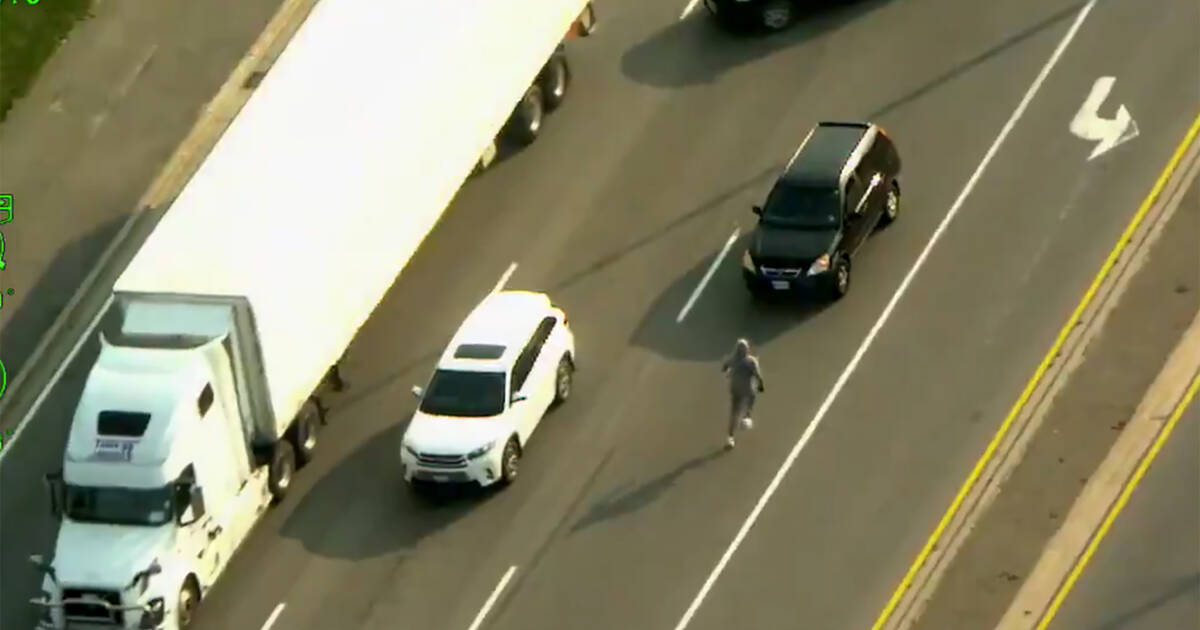 A 20-year-old Brampton man is facing six criminal charges including robbery and dangerous operation of a motor vehicle after taking police on a wild car chase that screams of someone who spends too much time playing Rockstar's GTA V.

The suspect's behaviour was so reminiscent of the massively popular video game — right down to his jumping out of a car on the highway and trying to jack other moving vehicles — that York Regional Police felt fit to point it out.

"This guy's driving after stealing the car may have earned him three or four stars in #GTAV, but in the real world his lawlessness sent an innocent driver to hospital and landed him in court facing six serious criminal charges," reads a tweet from the police service.

Attached to the tweet is a roughly two-minute-long video of a compelling car chase in Vaughan that eventually turns into a pursuit on foot in Brampton.

This guy's driving after stealing the car may have earned him three or four stars #GTAV, but in the real world his lawlessness sent an innocent driver to hospital and landed him in court facing six serious criminal charges. More info here --> https://t.co/Vh3cB7FTBt pic.twitter.com/LKOXlaWKzC

Shot from YRP's Air2 helicopter, the video starts with footage of the suspect driving erratically in a stolen Mercedes. He drives over highway medians, speeds into oncoming traffic, blasts through red lights and basically ignores every single traffic rule in existence.

"The stolen vehicle eventually collided with another car in the intersection of Bovaird Drive West and Great Lakes in the City of Brampton," wrote York Regional Police in a news release. "The driver of that vehicle was taken to hospital for treatment of minor injuries."

After crashing into another car, we see the man exit the Mercedes. He runs across three lanes of traffic and attempts to open the door of a car waiting at a red light.

Following this scene, the video jumps to a shot of the man trying to steal someone's car in a Canadian Tire parking lot. The irate driver of that vehicle gets out and chases the suspect, who eventually goes into the store. 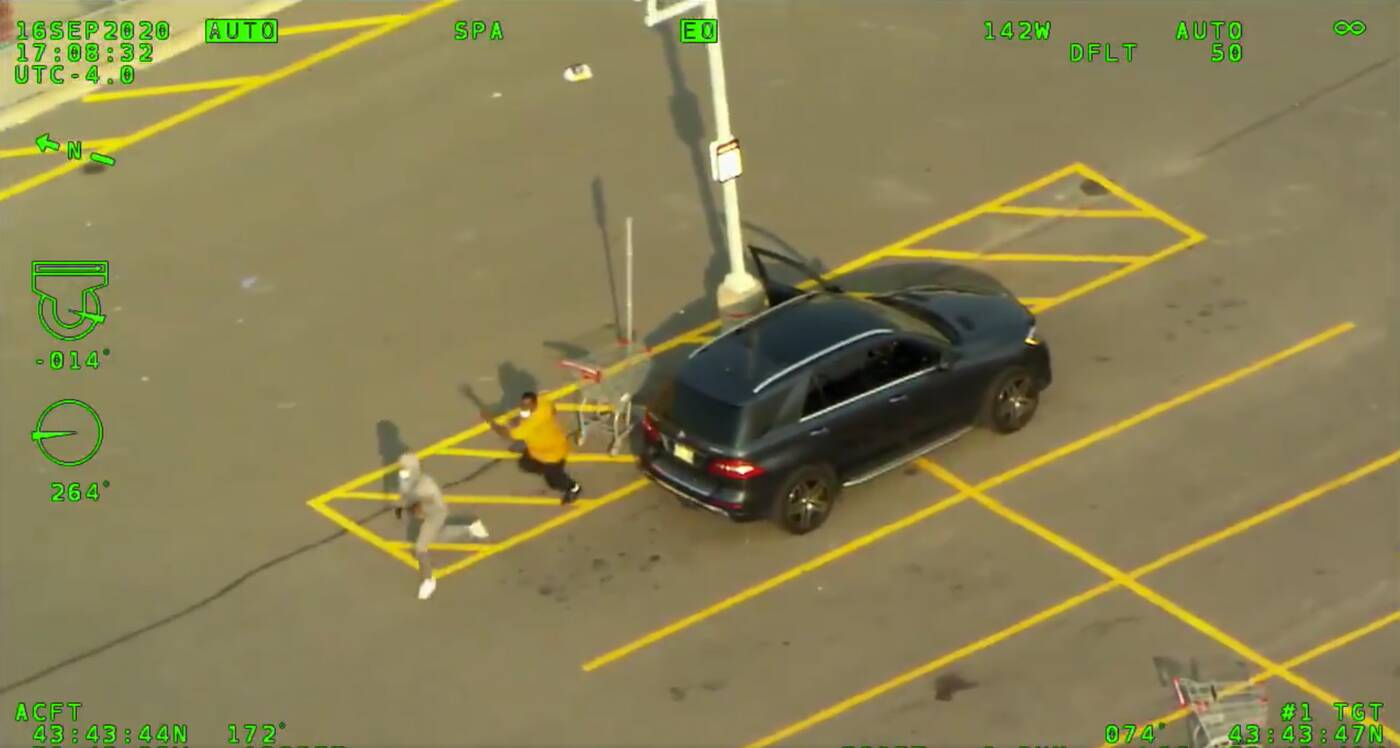 The suspect nearly got his butt kicked by a much larger man after trying to steal his vehicle in a Canadian Tire parking lot. Image via York Regional Police.

YRP's tactical flight officer and pilot did a great job of keeping an eye on the suspect from above, alerting officers on the ground of his location until he was placed under arrest inside a Brampton Shoppers Drug Mart.

Subeethan Uthayakumar of Brampton, Ontario, has been charged with theft over $5,000, robbery, failure to stop at the scene of a collision, possession of property obtained by crime over $5,000, dangerous operation of a motor vehicle and operation while prohibited.

"The eye in the sky was able to safely follow this stolen vehicle and dangerous driver which resulted in getting him under arrest."