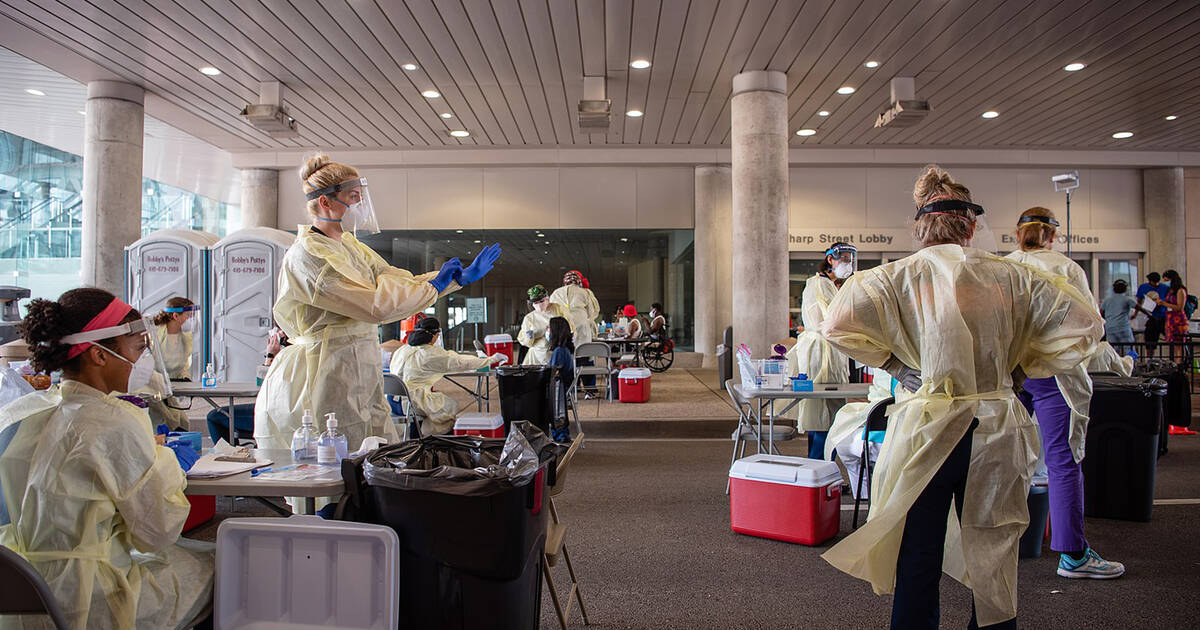 People in Canada have been bracing for a dreaded second wave of COVID-19 as we enter cold and flu season, students return to school and case numbers continue to climb — and now the country's top health officials say that for some places, the time may have already come.

In their press briefing on Friday, Chief Public Health Officer Dr. Theresa Tam and Deputy Chief Public Health Officer Dr. Howard Njoo talked about how the country is faring with the health crisis, noting that as infection rates accelerate in our most populous provinces, we could potentially lose control of the situation if residents aren't vigilant.

They also acknowledged that a second wave has been declared by local health authorities in at least one Canadian city: the nation's capital, though it may be too early to speak on a wider scale.

The biggest provinces in Canada reporting a higher number of cases, while other parts of the country are reporting few. Canada’s Deputy PHO says “it’s difficult to say at a National level if we are in a second wave”. Notes that the increasing trend in cases is concerning
2/2

"It's difficult to say at a national level to say if we are in a 'second wave' or a resurgence overall in the country because the situation does differ from one area of the country to another," Dr. Njoo told reporters.

"But what we are seeing is that certainly in the four biggest provinces — B.C., Alberta, Ontario and Quebec — that the case numbers have been going steadily up for a quite number of weeks and certainly that's concerning."

He added that he respects Ottawa's medical officer of health's assessment that her city is currently experiencing a second wave, which she had announced earlier that same day.

#BREAKING I ask Dr @VeraEtches “Are we in a 2nd wave?”

Ottawa’s top doctor says the capital is in a 2nd wave. Rate of infections is concerning, says we got too relaxed in August. Multiple waves, need to control the size.

Officials in other Canadian cities, such Dr. Eileen de Villa in Toronto, have expressed the same sentiment about a resurgence in their regions, though it seems that like Njoo, some may be hesitant to use the term "second wave."

Ontario Premier Doug Ford said on Twitter today that he believes the country is indeed facing "the very real threat of a second wave" right now.

Some scientists, though, reject the terminology because we never really overcame the first wave, but have simply had ebbs and flows in line with lockdown restrictions and human behaviour.

Still, the country did see an undeniable peak in cases from mid-April to early May, and then a promising decline through the summer. But this month, stats are substantially on the up again, with Ontario reporting more than 400 new cases in one day today for the first time since June 2.

Funny, Canada hasn't even finished it's the first wave yet. Though there have been signs here that we might be entering the second wave too

Regardless of where or when we officially enter a second wave, as Dr. Njoo says, "Everyone's concerned about the ongoing increase. The trend is going the wrong way."