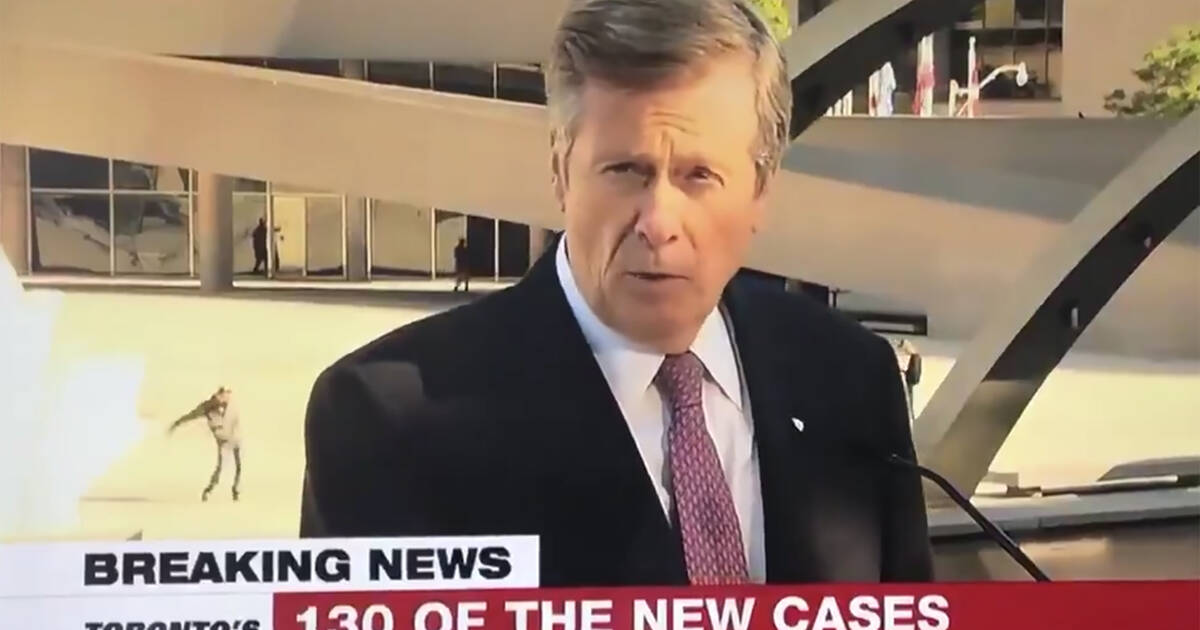 Today in much-welcome acts of random hilarity, an unidentified man somehow just placed himself perfectly in the background of a news conference at Toronto City Hall... and used the opportunity to floss.

Today in Canada: the Mayor of Toronto has a press conference but watch the guy behind him, he was there for the entire thing! 😂 pic.twitter.com/6YVnGkLxjn

Mayor John Tory was taking questions from reporters after a press conference for the new-and-improved "TORONTO" sign at Nathan Phillips Square when the dancer took his shot.

The entire $760,000 fixture, unveiled Friday morning, could be seen in the background of the City of Toronto's own live feed from the event, centered behind Tory, who was speaking from behind an elevated podium.

News crews stationed slightly to the mayor's right, however, got only the maple leaf symbol at the end of the sign in their shots, if at all, plus a good chunk of the sprawling square.

The guy behind @JohnTory at the unveiling of the new Toronto sign is making my day. pic.twitter.com/vE9tWth8c8

CP24 had Tory framed beautifully between the large white maple leaf and the Nathan Phillips Square reflecting pool when the man walked into their shot.

It's hard to say how he did it, or if he even knew he was doing it at all, but the rogue dancer positioned himself to appear right between the sign and the mayor.

He was unmissable and, frankly, delightful.

Someone is thrilled about the new #Toronto sign #DanceLikeEveryoneIsWatching pic.twitter.com/gvajfHtTmn

Photobombing a press conference is usually seen as quite douchey, because it is, but this dancing man somehow won the hearts of everyone watching.

"He's the hero we need in these crazy times," remarked one local resident of the clip on Twitter.

"Not all heroes wear capes," said another. "Some dance beside the Toronto sign."