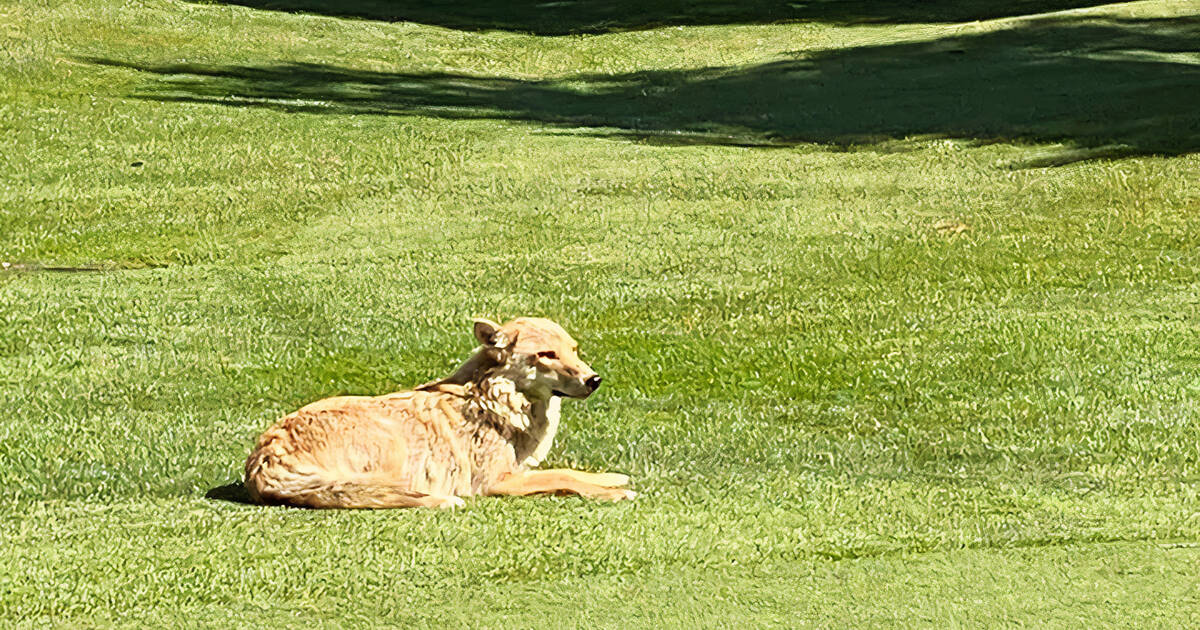 While Torontonians were sequestered in their houses in the thick of the pandemic lockdown, typically timid wildlife became a little more bold, emerging onto newly-desolate downtown streets and beaches while us humans found ourselves with more time and attention to observe them.

Fox and coyote sightings in particular were on the rise early in the spring, and despite the fact that most businesses have since reopened and things feel near-normal once more, people continue to encounter feral animals lurking around now bustling areas.

Seemingly friendly fox walking calmly down my street in Leaside this morning. from r/toronto

The family of foxes that became local celebrities after they made a den under the Woodbine Beach boardwalk in April have surely moved on by this point (only after people had to be told repeatedly to leave them the heck alone and one of the cubs was attacked and killed by what is presumed to be a pet dog), but a slew of other foxes are still slinking around the downtown core.

⁦@DrBrianMay⁩ I saw this little guy in Humber Bay Park, Etobicoke (Toronto) last night. I’ve never seen a black fox before. He looks quite young. I thought you might enjoy seeing him pic.twitter.com/fHIeSSgTg5

Black foxes, which only make up about 20 per cent of the fox population in the continent, have been spotted numerous times across the city lately, including in green spaces around Humber Bay and Ontario Place.

Coyotes, too, are still popping up in places they definitely shouldn't be — like in the middle of the train tracks at Exhibition Station:

Coyote spotted on the tracks at Exhibition Station from r/toronto

Quite a rare, lovely thing happened at the cemetery in Scarborough (Toronto suburb) when this beautiful animal came galloping along.. And I do mean galloping! Coywolf? Eastern Coyote?

My photo which doesn't do it justice.. followed by a professional onehttps://t.co/SFEl9I6mpy pic.twitter.com/6qErC07qlZ

...which seem to be a popular haunt (pun intended) for the species:

Went for a walk in the St.James Cemetery and came across a young coyote from r/toronto

Passersby surprised to witness the creatures out and about in broad daylight have stopped to try and document their run-ins — and fortunately, although the animals seem a little less instinctively afraid of humans and noise than they should be, they don't seem to come too close.

Things to watch for when #urbanbeekeeping. Keep a healthy distance. Healthy looking #coyote. Happy to see.

Except for this coyote found lounging on the edge of the green at a local golf course during someone's tee time:

One chill coyote Must be tuckered our after 18 holes

A post shared by Anne-Margaret Smith Welton (@versaillesstudiodesigns) on Sep 13, 2020 at 3:28pm PDT

Hopefully, with vehicle and foot traffic continuing to pick up, the animals will learn to migrate away from the downtown core and toward the green space in and around the city where they can carry on safely, as much as we may love to come across them.