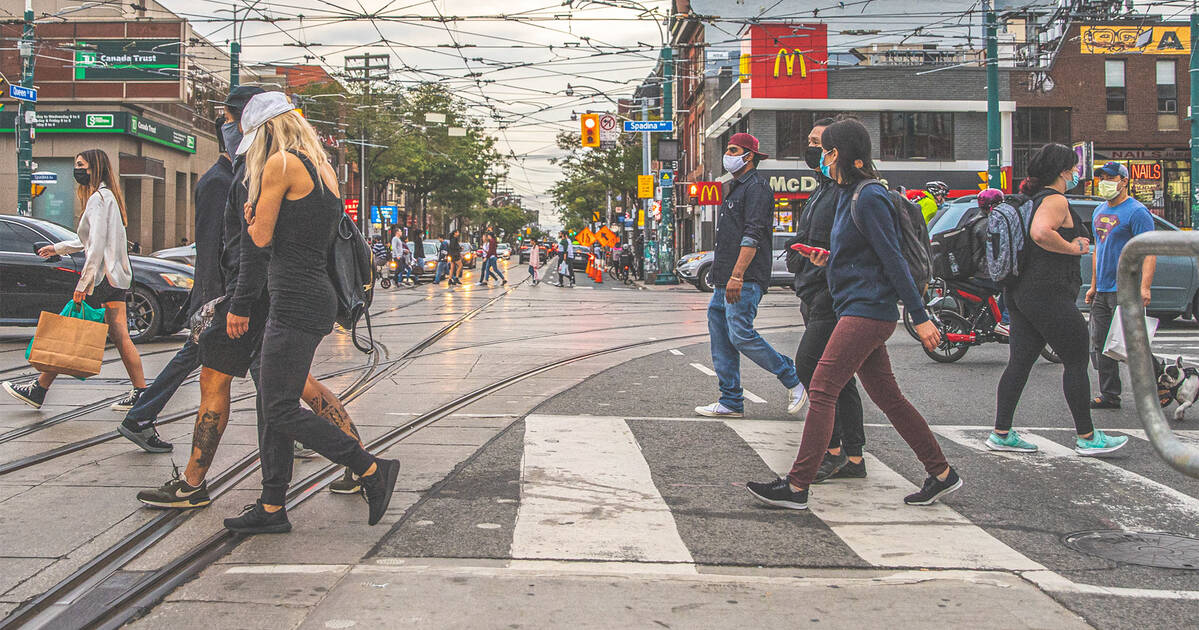 Quebec's second COVID-19 wave has already started and Ontario is close behind. Ontario is seeing 75 per cent increase in COVID-19 cases in Toronto, Ottawa and Peel. In Toronto alone there are around 100 new cases a day.

Based on data projections from the Center for Infectious Disease Research and Policy, which is based at the University of Minnesota, there are likely three different ways the second wave could occur.

Scenario 1: A series of repetitive small waves that occur consistently over the next year or so, then gradually diminish over time.

Scenario 2: A large wave in the fall or winter with smaller subsequent waves thereafter, similar to what was seen with the 1918-19 influenza pandemic.

Scenario 3: A “slow burn” of ongoing transmission and case occurrence, but without a clear wave pattern.

Regardless of which scenario plays out, it's important that the government and health officials have plans in place to minimize the ramifications.

So what are health officials doing to prepare and combat this new surge in COVID-19 cases?

He also announced that the Ontario government has ordered more than five million doses of the flu vaccine.

This is the largest flu shot campaign in Canada's history and according to Ford, it will hopefully help protect the healthcare system from a possible increase in hospitalizations related to a second wave of COVID-19.

"We've ordered 5.1 million doses for the entire province and we're working to order even more," said Ford. "Anyone who wants a flu shot can get one, and I encourage everyone to please get their flu shot this year. It's absolutely critical."

Ford also told reporters that this is only the “first pillar” of a six-part plan to respond to the second wave. More announcements will come later this week.

Although according to a release from the province, the yet-to-be-released plan will also include the following:

Additionally, Toronto Public Health told blogTO it's also been doing it's part to prep for the second wave.

On Monday, at Toronto Public Health's Board of Health meeting Toronto’s Medical Officer of Health, Dr. Eileen de Villa, provided an update on the city’s response and recovery and rebuild progress.

The majority of the response revolves around increased staffing and support.

For example, de Villa said that they've hired more contact tracers, as well as are hiring nurses for on-the-ground support in schools.

Further, they're investing in a voluntary isolation centre for people who can't isolate at home and continuing to support pop-up testing sites.

In neighbourhoods and places that have been hard hit by COVID-19, de Villa told press that they're creating more support.

"To tackle spread in these areas we're deploying community outreach rapid response teams, multi-lingual teams to connect directly with people, agencies, and organizations working in these communities," she explained.

"In long-term care, we’re implementing a liaison response model as a way to enhance our support for long term care homes and partnerships between public health, local hospitals and the province."

But de Villa continued to emphasize the basics.

"It’s important to be clear that with reopening there is an increased risk of exposure. But you can take steps to minimize your risk, just as we did at the beginning of this outbreak," she said.

"You may be tired of hearing me say wash your hands, watch your distance and wear your mask – but please don’t get tired of doing these things."

However, some critics have said that the responses of the provincial government and Toronto Public Health are not enough to combat the inevitable second wave, especially as health care workers are struggling with burnout and lack of support and testing remains painfully slow.

"Getting a flu shot is important....but this shouldn't be used as a smokescreen to camouflage the fact that [Ford] has no plan in place to save us from what's coming," tweeted Dr. Michael Warner, a specialist in intensive care and the medical director of the critical care unit at Toronto's Michael Garron Hospital.

"The lack of leadership demonstrated by [Ford] is the fundamental reason why we are in major trouble in Ontario.

"How many #COVID cases are we missing because people can't afford to take a day off work to stand in line to be tested? I fear that the same marginalized communities that were nailed in wave 1, are just as vulnerable in wave 2," he added in another tweet.

Green party Leader Mike Schreiner said the government should have been better prepared.

"(People) clearly stated over and over again that the government needed to have a plan for the second wave and it needed to be communicated clearly," he said. "I'm shocked they're failing to do that."

"Key questions as we enter the #COVID19 2nd wave in parts of Canada include if we have done enough to protect our most vulnerable. ~80% of COVID-19-related deaths were in Long Term Care during the 1st wave...will we repeat these same mistakes?," tweeted Isaac Bogoch, a infectious diseases physician and scientist at the University of Toronto.

There are currently more than 3,500 confirmed, active infections province wide, which is the most we've had since June 9, and with no clear plan in place we may be looking at a repeat of the first wave.

by Misha Gajewski via blogTO
Posted by Arun Augustin at 6:48 AM