These are the Toronto streets impacted by construction this month 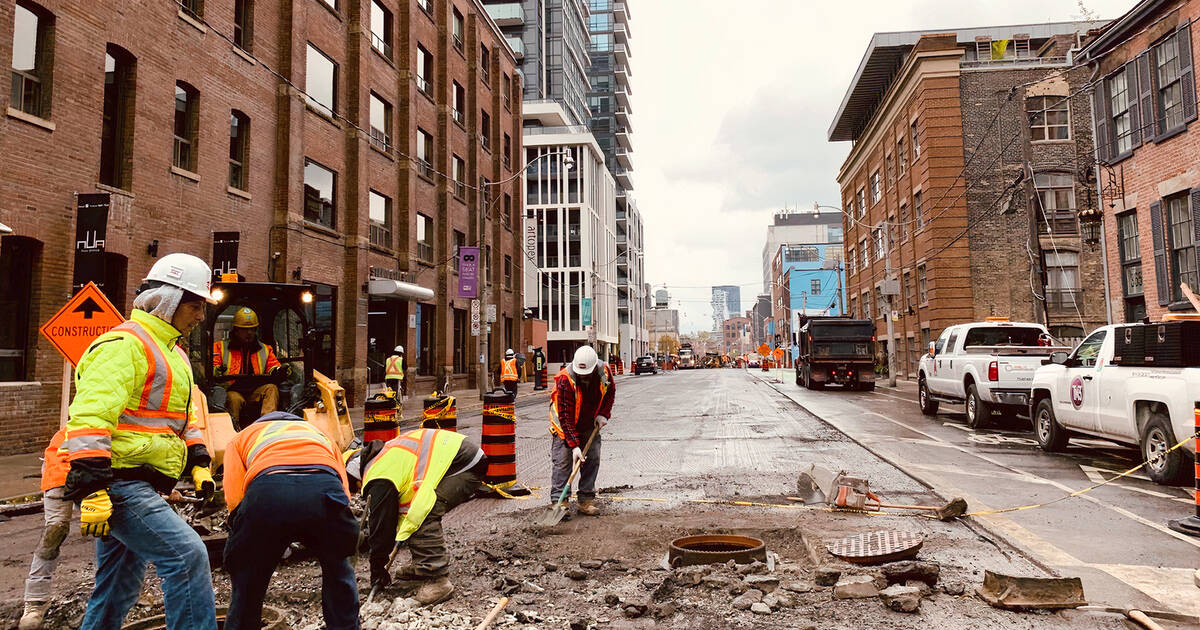 The City of Toronto took advantage of the lull in traffic that pandemic lockdown caused to expedite a number of major construction projects that would usually render city streets an absolute nightmare if they were seeing their normal volumes.

Unfortunately for drivers, that construction is due to continue through the fall, and includes several lane and full road closures on main streets.

City is in gridlock despite having many still working from home. Maybe if we didn’t have all these projects and road closures at the same time it wouldn’t be so bad. Maybe if we left roads for motor vehicles and not close them down for bicycles it wouldn’t be as bad.

Later this month, work will start at a few intersections that are being completely ripped up and replaced anew.

Crews are already in the process of redoing the confusing convergence of King West, Queen West, the Queensway and Roncesvalles, which will significantly impede traffic in the area in stages for another two years.

Similar facelifts at the intersections of Dundas St. W and Howard Park Ave., and Dundas St. W and College St. are also slated to start in the next two weeks and last until late October and November, respectively. The areas will see the roadway, sidewalks, curbs and TTC tracks fully replaced and in some cases realigned.

Similar trackwork and road resurfacing will start on Church Street from just north of Bloor down to Wellesley this month, with the City noting that the improvements could mean "the closure of individual lanes or the entire road" at any point.

These are some of the big ones, but only a small portion of the infrastructure work Toronto has planned for the near future.

And, of course, the long-running worksites that we've come to know and hate will push on for the foreseeable future, including the contentious Gardiner Expressway rehabilitation, upgrades to Bathurst between Dundas and Fort York, and the years-long saga of the Eglinton Crosstown LRT.

yeah but it does dim a bit in the winter. a BIT.

Given the stress they're already under due to the pandemic, hopefully the road closures don't cause any much strife for small businesses in the affected areas.

Meanwhile, anyone used to driving in the city should already be more than familiar with delays due to near-constant roadwork by now.