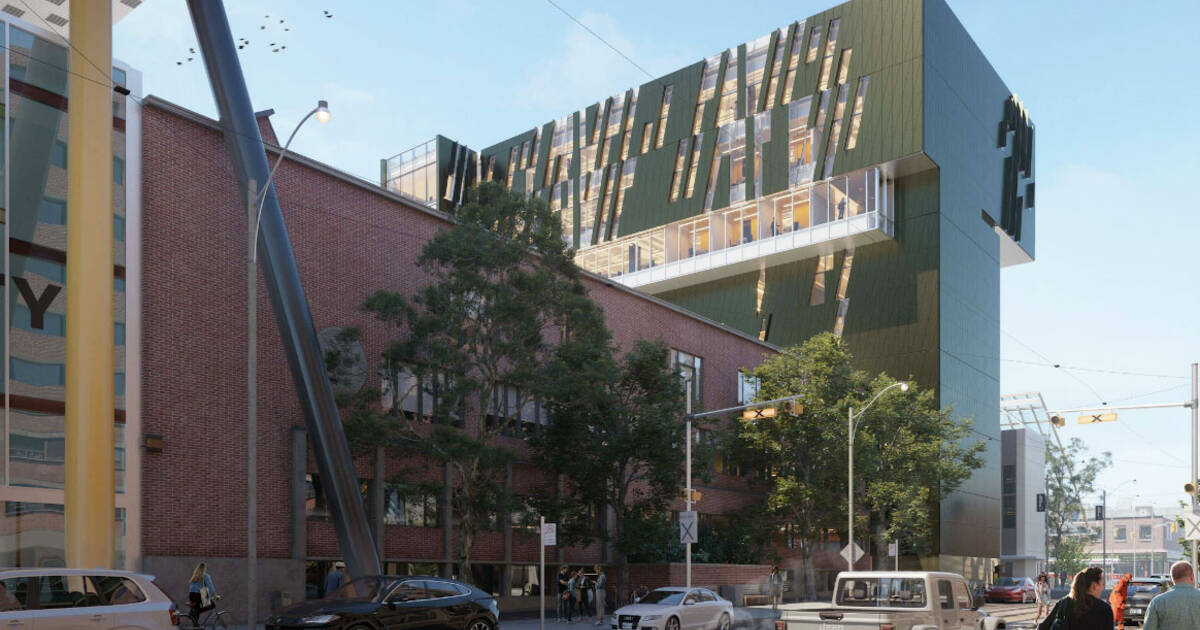 OCAD University is moving forward with a new addition to its campus, to be sandwiched right between two of Toronto's most iconic landmarks: the Art Gallery of Ontario and OCAD's famous box on stilts.

Slated for a laneway just north of the Sharp Centre for Design (the black and white tabletop building on colourful steel legs), the addition will be OCAD's extension to 100 McCaul Street. 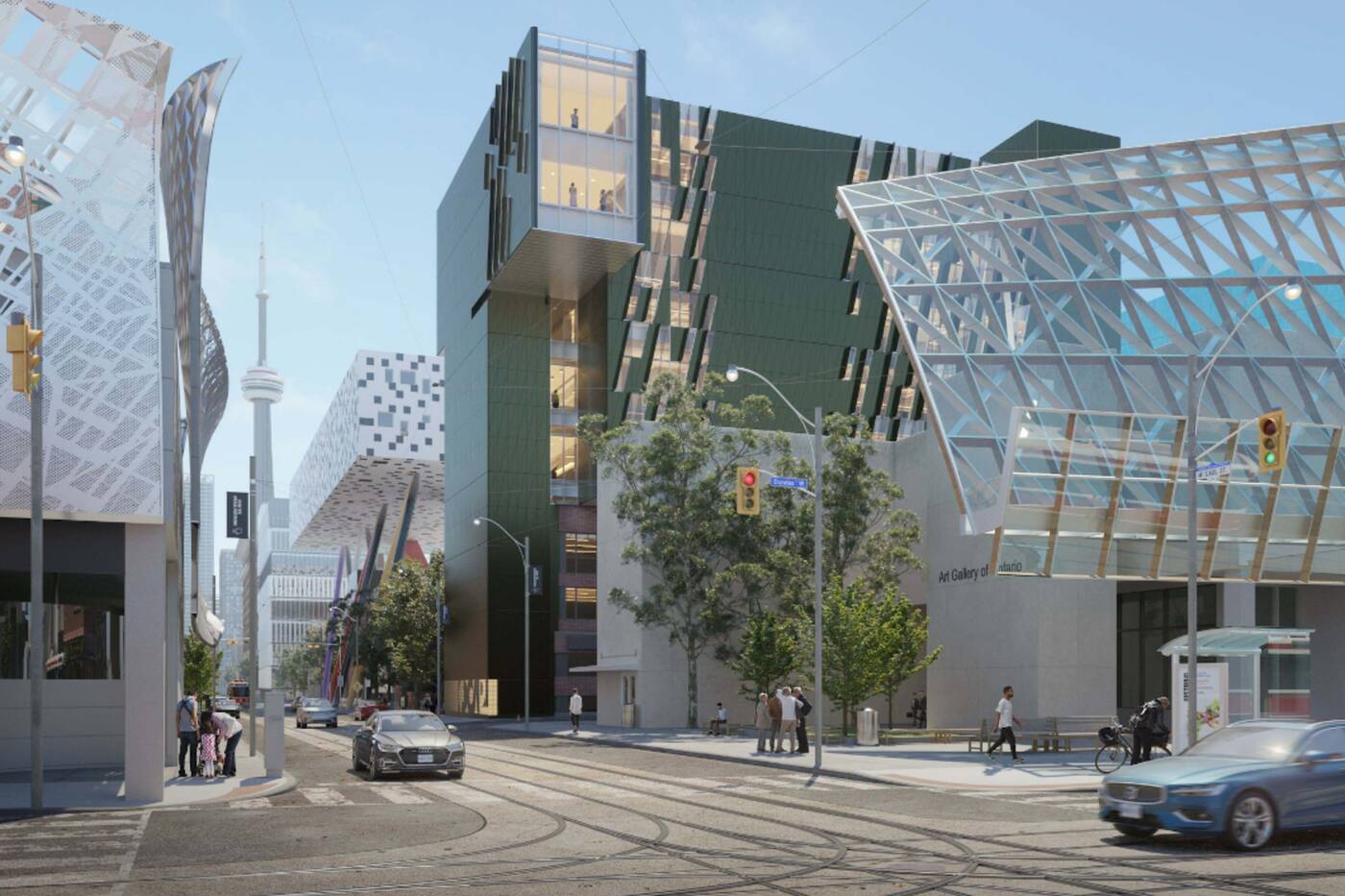 OCAD has proposed an extension to its main building at 100 McCaul Street. Rendering via Teeple Architects.

The new addition will add about 55,000 square feet to the university's main building, including new classrooms, public green spaces and an Indigenous Learning Centre.

OCAD first proposed the extension in 2017 as a series of renovations and new builds for their Creative City Campus (CCC) project. 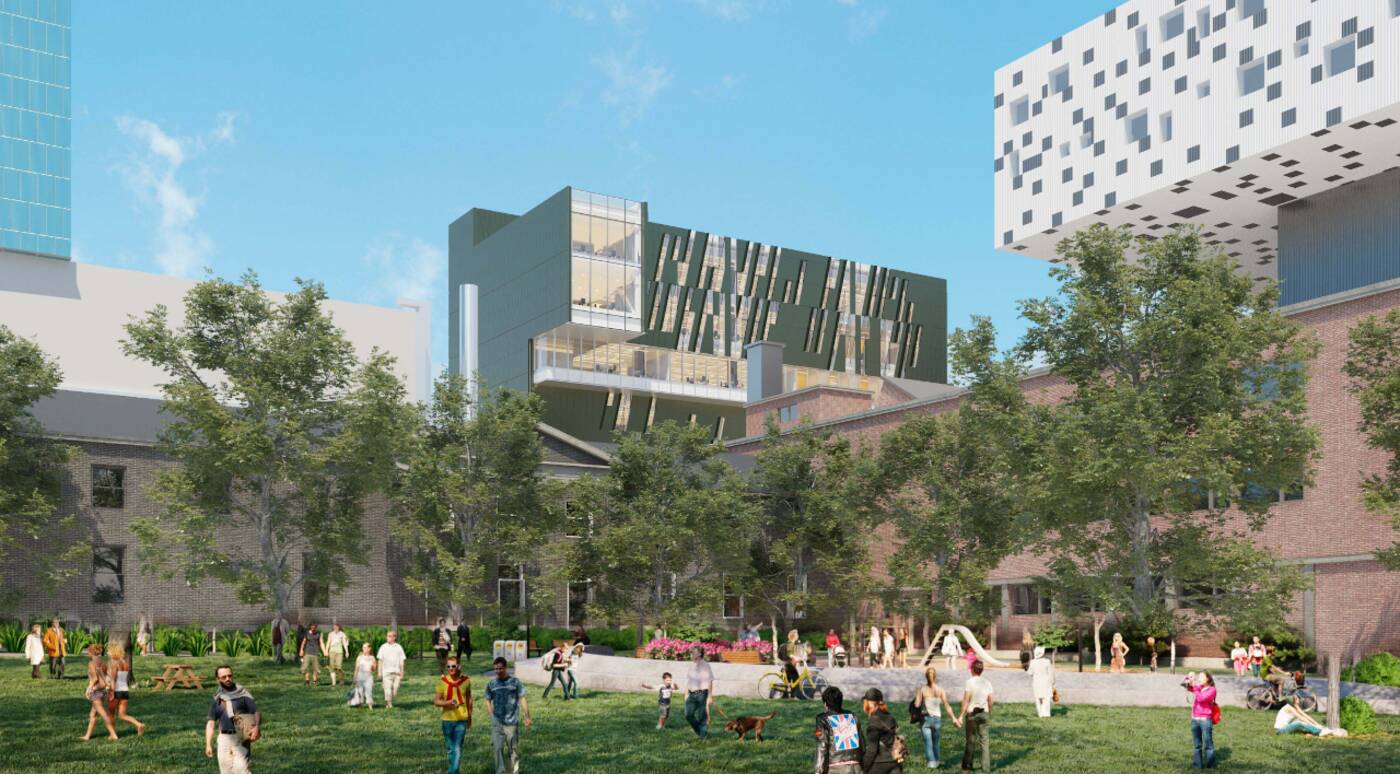 The OCAD extension will be visible from neighbouring Grange Park. Rendering via Teeple Architects.

Morphosis has worked on many international university campuses, including Bocconi in Milan and the Shenzhen Campus at the Chinese University of Hong Kong. 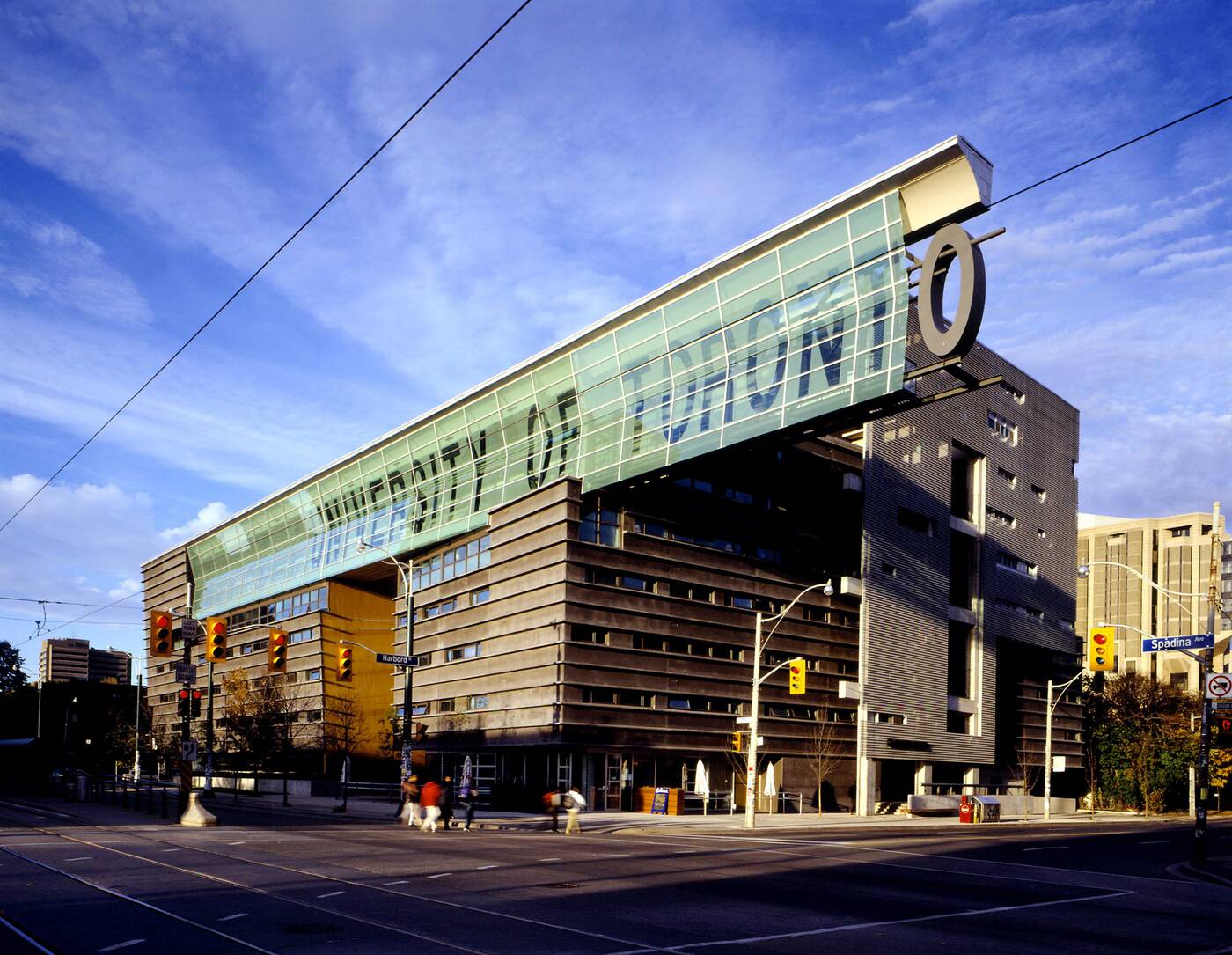 Firms Morphosis and Teeple have previously worked on the U of T Graduate House. Photo via Morphosis.

Both companies have worked together previously on U of T's Graduate House on Harbord.

OCAD's CCC project (which has already seen the addition of the Rosalie Sharp Pavilion) was granted $27 million from the Province, and is expected to complete its campus-wide renovations and builds in the 2020-2021 academic year.