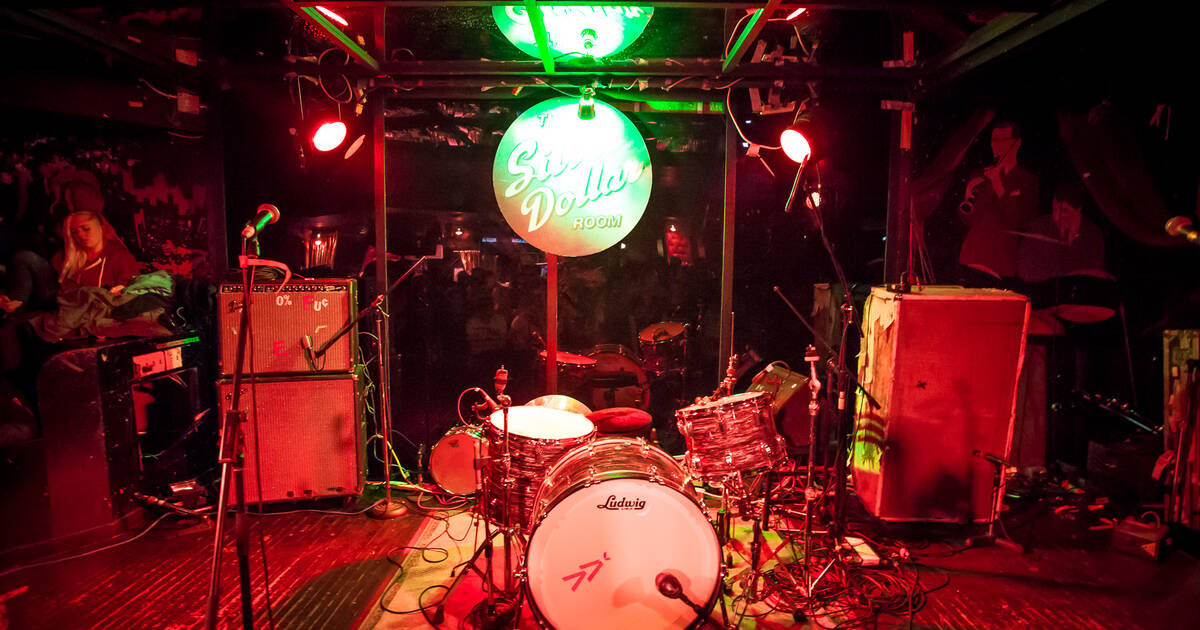 Some of Toronto's most popular live music venues have announced plans to reopen, but are doing so extremely cautiously as COVID-19 numbers continue to dance around the 300s in this area.

The Silver Dollar has been one of the most highly anticipated venues to reopen, shuttered since its mournful closure at Spadina and Bloor in 2017. The bar is getting ready to reopen along with its next-door sibling venue Comfort Zone in Parkdale.

"Before the spike in COVID-related cases in the province, we planned to host a live concert with 40 attendees and realtime livestream through social media," says Korosh Asli, CEO of The Silver Dollar Room.

"After carefully following the COVID cases and seeing the horrifying number we decided to now have the show online only with no attendees other than artists and crew members. By the way, funds from this event will go to Black Lives Matter."

Despite the slight stumble in plans for the reopening event, Asli remains optimistic about the Dollar's shift to a new neighbourhood.

"We haven't had a chance to open and operate in Parkdale yet but we have gotten a lot of love form the neighbourhood ever since we moved there. Parkdale is truly an amazing neighbourhood," says Asli.

"In terms of the grand reopening, we are on a standby as we think it is still not as safe as we would like it to be."

Tonight Bar not far away from the new Dollar location has reopened for indoor live music and comedy shows safely using a multi-camera PPV streaming system. Shows are performed inside and projected live on the back patio on a video monitor.

"The difference in how we are doing things compared to anyone else is that we have taken the artist's experience into account and in turn we also film and mic the audience on the patio and pipe that back inside for the artists to see on their own personal monitor," says Clamp of Tonight.

"It's a really cool way of keeping them connected despite the distance. Now in Stage 3 we are also able to seat a limited amount of people inside the bar to watch also, but the majority of bar goers at the moment rightfully prefer to be outdoors in open air."

He recommends the system to other venues, and describes attendance as "solid," saying that "our schedule is starting to quickly grow back."

According to general manager Mathew Saturnino, attendance was already dropping by February and artists like Crystal Waters were beginning to hint at canceling shows.

"Our last night of business was March 13, 2020 where we had an attendance of 20 or so patrons, all of whom seemed apprehensive at the idea of being out and generated a strange energy to the room," says Saturnino.

"At this point, we knew we would be facing the wrath of the pandemic shortly after."

They were right, events cancelled for the foreseeable future at the venue not long after that, deposits refunded. They faced attempted break-ins and vandalism, had to continue to pay rent in full and laid off a staff of 30.

"In this industry, most of our staff also worked at other bars, restaurants, clubs and hospitality-driven businesses, all of which were closed down due to the pandemic as well," says Saturnino.

"Our hearts go out to our staff who have been loyal to us for several years and are facing continued hardship in light of the pandemic."

During the pandemic, Revival pivoted to provide space to the Annex Market, selling beer, cider and Ontario wine through that platform.

"Unfortunately, this business model did not fit well within our space, at which point the Stage 3 reopening model was introduced, where we then decided it would be time to plan our reopening," says Saturnino.

"In keeping with the current COVID-19 measures, Revival is going back to basics and bringing dinner and a show back to College Street."

They're going to be doing shows for a seated dining service, with chefs from restaurants like Kost and Louix Louis providing food.

Live entertainment will be spearheaded by people like Tim Notter whose venues have closed during the pandemic, programming artists whose shows they had cancelled.

They'll also be doing live streaming from the venue which artists will be able to monetize. They should be open Wednesday, Thursday and Friday evening with a matinee and dinner show on Saturday and jazz brunch on Sunday.

Some venues may not have survived the pandemic already, but other creative hubs in this city are continuing to reinvent themselves.