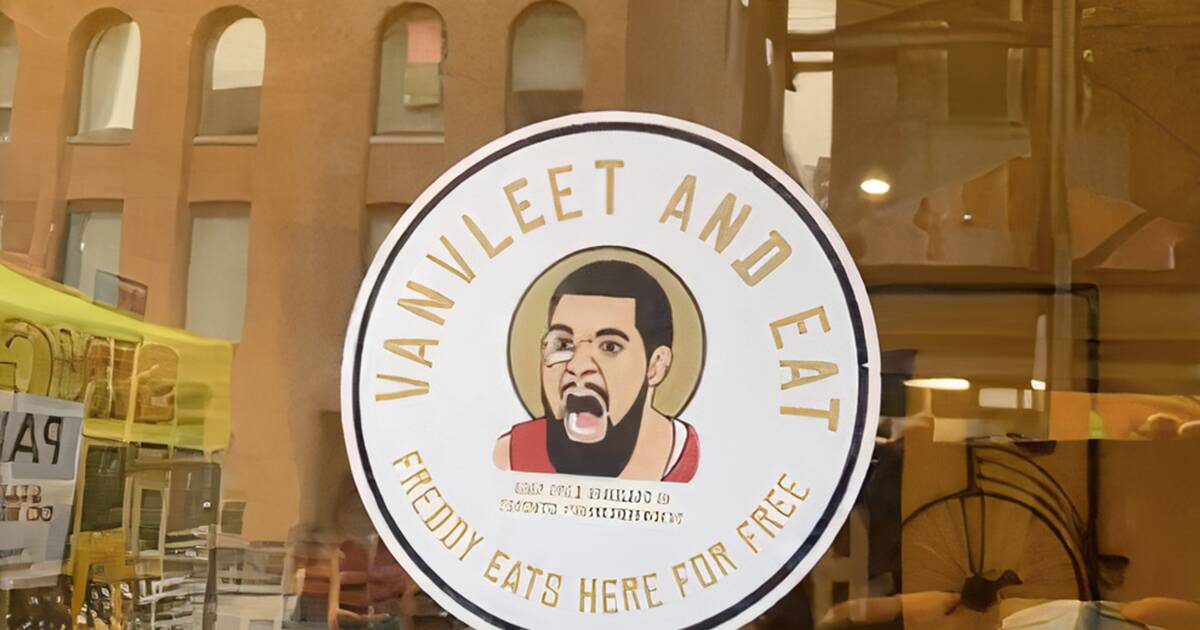 Beloved basketball player Fred VanVleet is nearing the end of his two-year deal with the Toronto Raptors, and one local restaurant is doing everything they can to try and convince him to stay in the city.

Popular downtown restaurant Pai posted a video on Instagram this morning showing a new sticker displayed on their front door, and it reads "Vanvleet and eat - Keep Fred VanVleet in Toronto."

The sticker also says "Freddy eats here for free," and includes an animated image of the athlete's face.

The move is reminiscent of the campaign started by local restaurants last summer to try and get Kawhi Leonard to once again sign with the Raptors following their championship win, though the "Ka'wine and dine" initiative didn't exactly pan out as planned.

VanVleet, meanwhile, played one of his best seasons yet with the Raptors this year, and he's expected to explore all of his options once free agency opens next month.

It's been reported that the New York Knicks are looking to offer the player a hefty deal worth over $22 million per season, and the Detroit Pistons and Phoenix Suns are also looking to pursue the athlete, according to The Athletic.

Still, VanVleet has been with the Raptors since the 2016-17 campaign and has made quite a name for himself here in Toronto.

He's adored by Raptors fans throughout the city, most of whom are hoping he doesn't make the same mistake as his former teammate when it comes to making a decision about who to play for.

"Fred is a free agent now and we desperately want him back," wrote Pai in the video caption. "Pai wants to show him that Toronto love!"