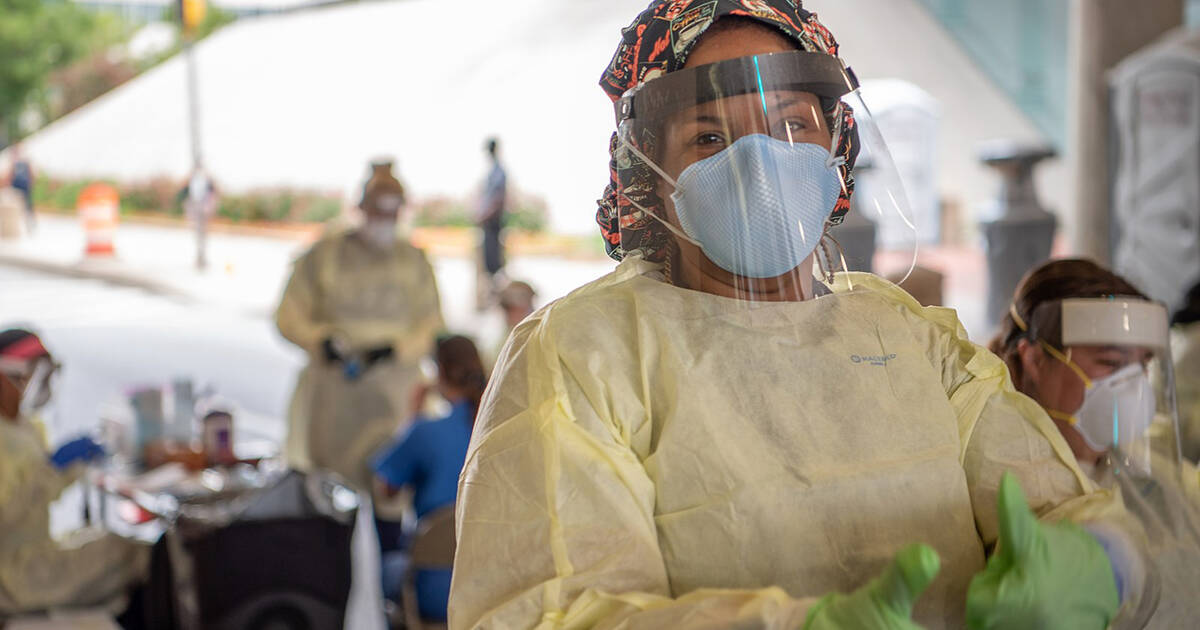 Rumour has it that getting the nasopharyngeal swab that is used to test for COVID-19 isn't the most pleasant experience, but starting this week, an easier, more painless saliva test will be available in Ontario.

Instead of having a stick jammed into the back of your throat via your nose, you'll be able to simply give a bit of your spit — acquired through a saline mouth rinse that you gargle — if you're getting tested at any of three hospitals in the province.

Unfortunately for anyone living outside of the GTA, the centres are all located in downtown Toronto: Mount Sinai Hospital, Women's College Hospital and the University Health Network.

Though the provincial government has confirmed that the new test will be an option at the above facilities as of sometime this week, it is unclear which day they will start offering them.

NEW: Saliva testing coming to Ontario, will be tested in 3 hospitals starting this wk.A Sr government source tells me it's similar to what is offered in B.C. and does not need Health Cda approval.When BC announced saliva testing last wk it raised questions about why ON was behind https://t.co/pwf461GZw1

Residents will still have to wait for their sample to be sent off and analyzed by a lab, much like the swab test and unlike the at-home saliva tests that can give results within hours.

Also, the new format will, unfortunately, not do anything about the notoriously long testing lineups that have started snaking around many hospitals, and is slightly less accurate than the usual test, which is already wrong at least 20 per cent of the time.

But, it won't need to be administered by a healthcare professional of any kind, and also doesn't need the approval of Health Canada before it can be rolled out, along with its obvious unintimidating factor.

How can BC get access to the saliva test but NOT Ontario?

That is something the media is NOT reporting #cdnpoli https://t.co/q9iLzkVDKm

The test is thought to be an especially good option for children and will be similar to the one designed and currently provided to students in B.C.

Next up will hopefully be the COVID-sniffing dogs that Finland has started employing at its main airport.