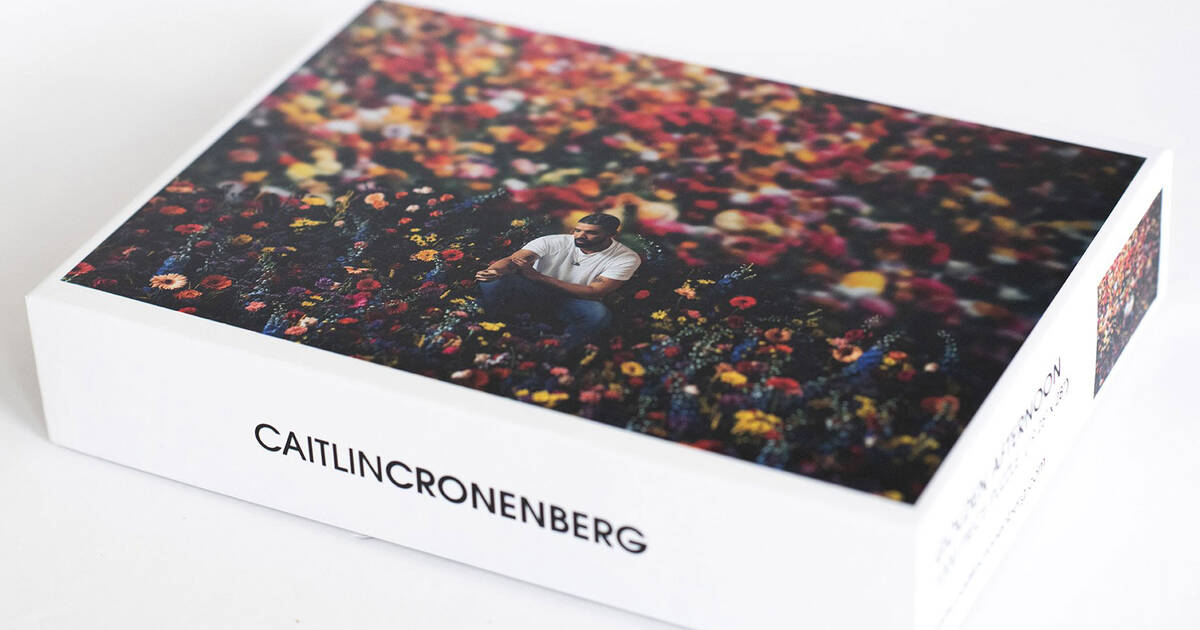 Puzzles have been making a serious comeback during the pandemic, and a popular local photographer is capatalizing with some Toronto-themed jigsaws.

Caitlin Cronenberg, the photographer who shot the cover and booklet for Drake's Views album, has just released a limited edition jigsaw puzzle of the Toronto rapper called Golden Afternoon.

There are only 100 of these 1000-piece puzzles, which, when assembled, show a pensive Drake squatting in a field of colourful wildflowers.

Golden Afternoon is part of four different puzzle sets, including the iconic cover of Views, which includes the close-up of the CN Tower with a tiny Drake sitting on the main pod.

If your idea of a good time is staring at Drake's face on a tiny piece of cardboard while sipping some wine, maybe with Controlla on repeat, this might be the past-time for you.