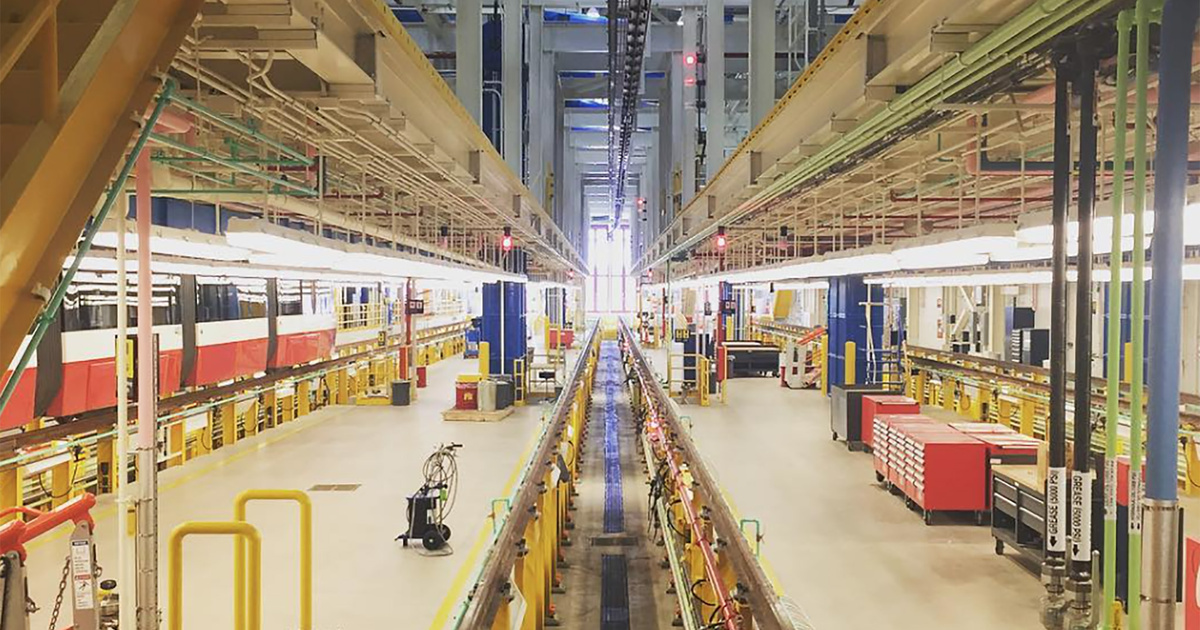 Halloween is going strong today in Toronto as events include two, big parties where you can get your ghoulish groove on. If you're looking for a costume, there's a big movie wardrobe sale and elsewhere the TTC is opening up its Leslie Barns facility for a fundraiser.

Beetlejuice (October 27 @ Revue Cinema)
A young Winona co-stars in this Tim Burton favourite during this special, one-night only Halloween screening.
Movie Wardrobe Sale (October 27 @ TriBro Film Studios)
Literally could not have come at a better time, this big movie wardrobe sale is ripe with Halloween costume ideas and overall great finds.
Leslie Barns Open Doors (October 27 @ Leslie Barns)
The TTC is opening the doors of the Leslie Barns this weekend for the public to poke around and check out where the streetcar magic happens.
Snailoween (October 27 @ Toronto Reference Library)
Dress to impress and party it up in the stacks at this annual Halloween party with themed rooms, food, treats, drag, drinks, DJs and more.
Night of Dread (October 27 @ Dufferin Grove Park)
Our innermost fears are channeled though pageantry, music, masquerade and dance at this big PWYC outdoor Halloween party.
Stop Shopping Clothing Swap (October 27 @ Wenona Lodge)
Bring your gently used items and get some new ones at this big clothing swap with tons of finds, plus music and drinks on-site.
The Wombats (October 27 @ The Danforth Music Hall)
Indie rockers The Wombats arrive from England with tunes laces with punk elements and a a pop sound reminiscent of the 90s Britpop wave.
Rue Morgue (October 27 @ Opera House)
Enter if you dare, the Devil's Playground with visuals, costume contest, food, drinks and all the best dance tunes courtesy of DJs Jimi Lamort and Saucy Miso.
Porches (October 27 @ The Rec Room)
New York's Porches keeps it funky, poppy and kind of sad in his DIY, minimalist approach to electro music that recalls 90s dance hits.
Monrovia, Indiana (October 27-30 @ Hot Docs Ted Rogers Cinema)
Part of Hot Docs' State of the Union series, this documentary looks at the farming community of Monrovia, Indiana and the values that govern it.

by Lisa Power via blogTO
Posted by Arun Augustin at 7:07 AM