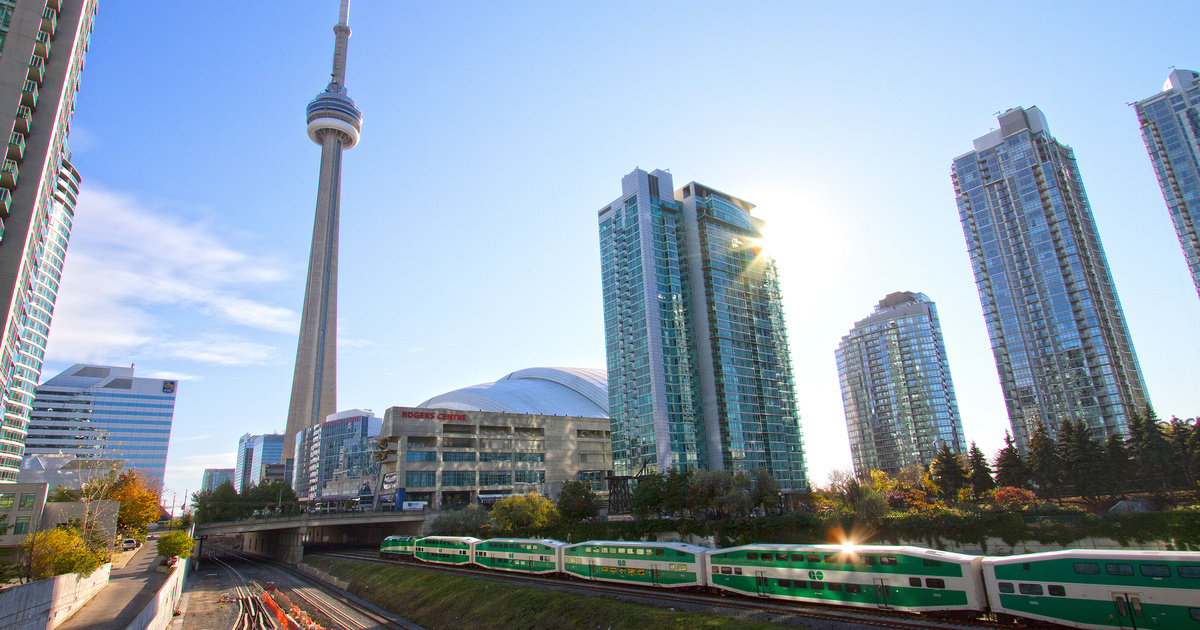 Condo prices continue to go up, up, up in downtown Toronto, making them an excellent investment for anyone who bought a place like, two years ago — and a solid, albeit expensive prospect for buyers in the market right now.

A new value analysis report released on Wednesday by the real estate listing site Zoocasa shows that condos are now experiencing higher appreciation rates than houses in 23 of Toronto's 35 neighbourhoods.

What this means is that houses aren't the sure bet they were once thought to be. Condos, on the other hand, continue to skyrocket in value across the GTA, especially in Toronto's west end.

Quarterly data from the Toronto Real Estate Board shows that the average unit price for condos rose 9.7 per cent between July and September of 2018 compared to the same stretch of 2017. 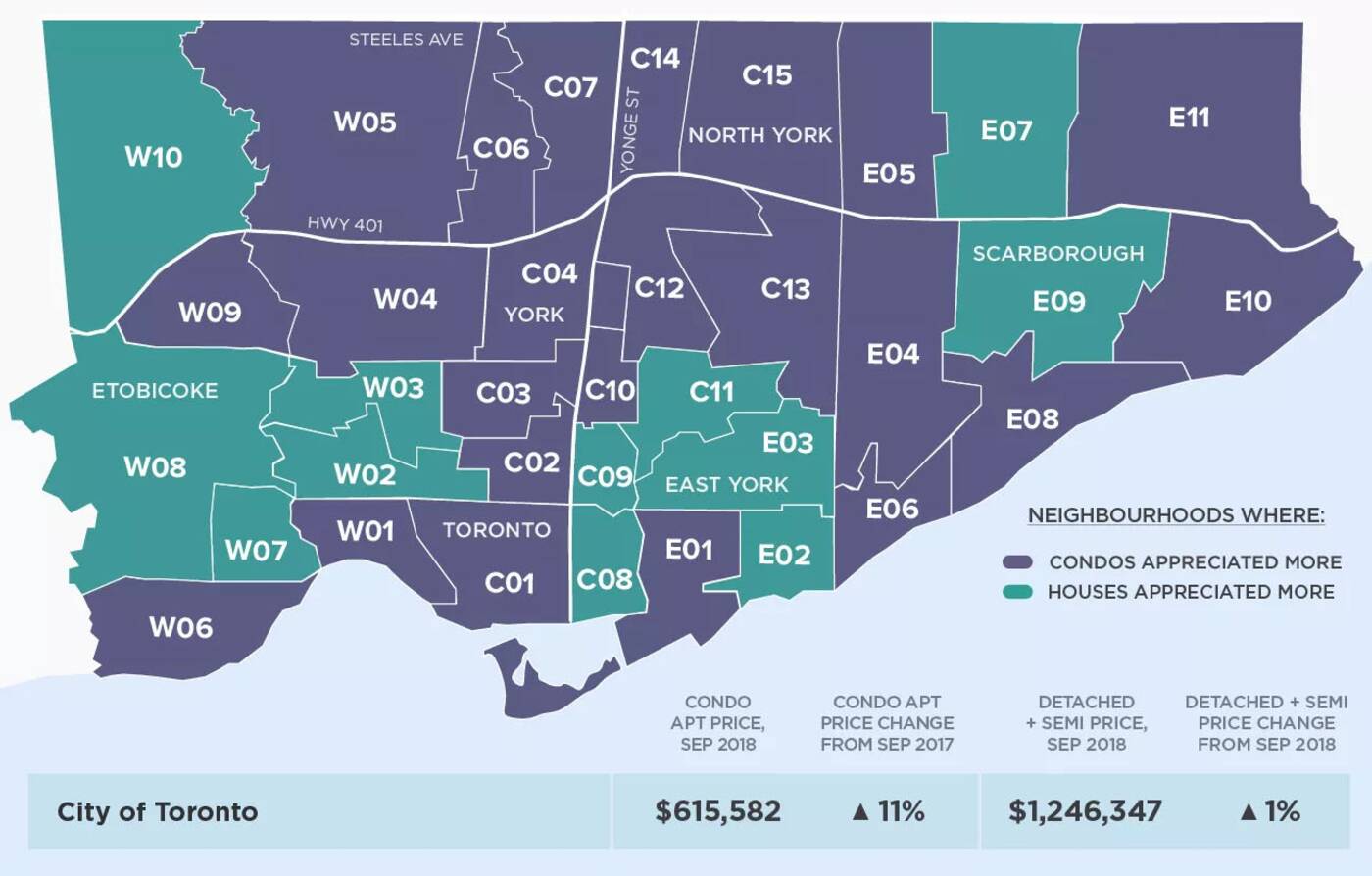 Condo values are up across the city,  year over year, with 23 of Toronto's 35 markets experiencing higher appreciation among condos than houses. Image via Zoocasa.

Detached and semi-detached home prices have been falling steadily in the region after reaching record highs in spring of 2017, when Ontario introduced its new 15 per cent foreign buyers tax (among other cooling measures).

Home sales are now starting to bounce back, but slowly — and market experts are still championing condo sales for bolstering the GTA's otherwise flagging housing market.

Zoocasa notes that there are pockets of the city in which house value appreciation still outpaces condos, such as Etobicoke, Islington City Centre W, Leaside, Moore Park, and Regent Park.

Here are five areas in Toronto where condos are crushing as an investment compared to houses.

This north Etobicoke hood boasts an average condo price of $372,000 — an appreciation of more than 43 per cent since last year at the same time.

Condo prices are rising far faster than house prices in the Jane and Finch area, tying Richview at 43 per cent appreciation.

With an average price of $297,500, condos in this part of the city are up 37 per cent. Semi and detached homes, on the other hand, have declined by 9 per cent.

Condos near Scarborough's waterfront are growing in value fast, up 35 per cent over last year with an average price of  $536,333 as of September 2018.

The gentrification of Parkdale continues with condo prices reaching an average of $629,045, up 32 per cent over September of last year. House values didn't rise as fast in this part of the city, but they still went up by 18 per cent to a whopping average of $1,716,518.

by Lauren O'Neil via blogTO
Posted by Arun Augustin at 11:32 AM