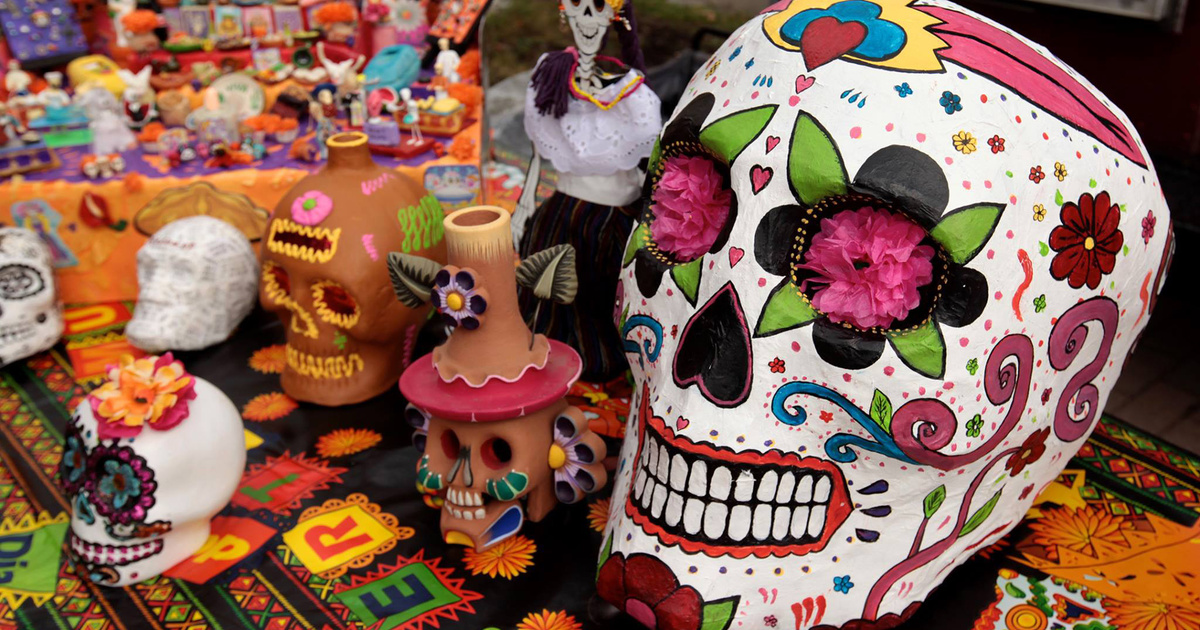 It may not look the prettiest outside, but events in Toronto today have a lot going on. Pedestrian Sunday finishes up for the season with a day of activities, shopping and food. Elsewhere, a big Day of the Dead celebration is on and there's a feminist art market.

Pedestrian Sundays (October 28 @ Kensington Market)
This year's season of carless Kensington comes to an end with one last day of dancing, music, activities, art, food and performances in the street.
Day of the Dead (October 28 @ Evergreen Brick Works)
A celebration of Latin American culture is on with a day of family-friendly activities, traditional foods, drink and live entertainment.
Framed by Feminists (October 28 @ Gladstone Hotel)
Works of art are for sale, with local makers selling decor, gifts, original creations and more inspired fuelled by powerful feminist forces.
Kikagaku Moyo (October 28 @ Lee's Palace)
Strap in for some seriously wild hi-fi psych Japan's Kikagaku Moyo who specialize in "feeling good music" with lots of distortion and trippy sounds.
Clue (October 28 @ The Royal Cinema)
Celebrate Halloween with drag, drinking games, costume contests and a screening of the classic who-dun-it, board-game-inspired Clue.
Nick Cave (October 28 @ Scotiabank Arena)
The multi-talented Nick Cave arrives with his signature low, bluesy and beautiful singing he's been rocking for a few decades now.
Trick or Treat (October 28 @ Toronto Media Arts Centre)
Treat yourself to some some spooky, creepy and weird handmade goodies by local makers and artists at this Halloween market.
Dying Fetus (October 28 @ The Opera House)
Death metal band Dying Fetus have been innovators of the genre and are here to play alongside Incantation, Gatecreeper and Genocide Pact.
The Superfood Chain (October 28 @ The Revue Cinema)
Superfood gets a closer look at this documentary that explores what happens to the communities that get caught up the latest health craze.
October Pig Roast (October 28 @ Earlscourt BBQ)
The warmth of Hawaii reaches Toronto by way of a Tropical-style pig roast with a hibiscus-infused pig, hibiscus beer, AYCE sides and colourful leis.

by Lisa Power via blogTO
Posted by Arun Augustin at 8:05 AM