A massive sinkhole just swallowed a TTC vehicle in Toronto 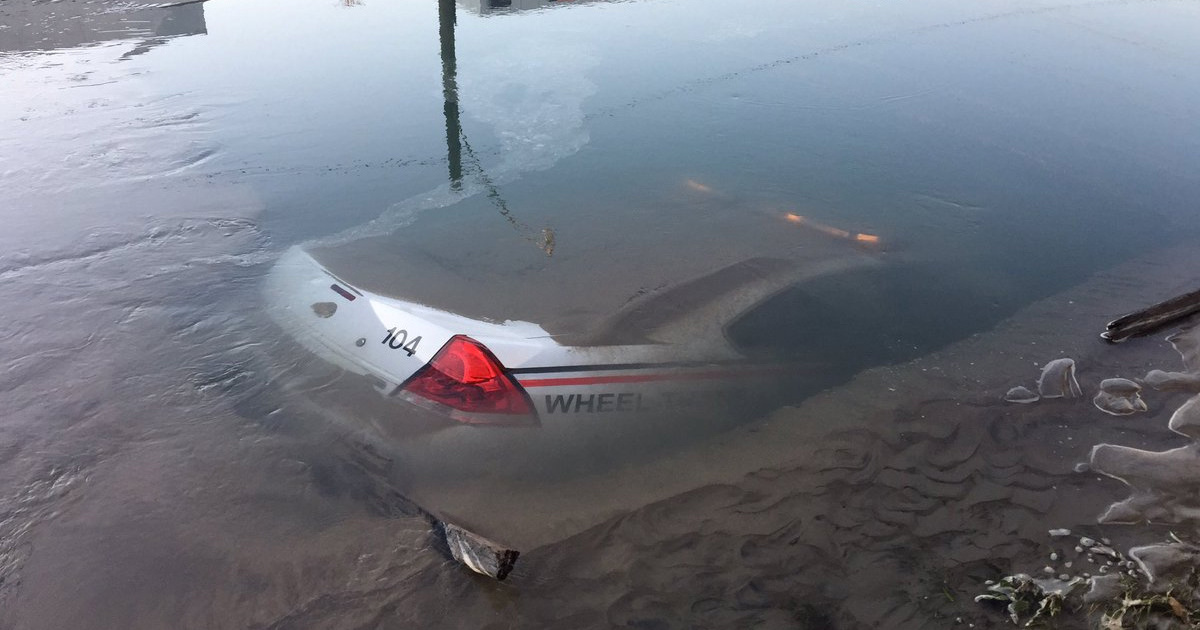 An explosive, early morning water main break in downtown Toronto has resulted in the formation of a sinkhole that, so far, has gobbled up at least one vehicle — a TTC supervisor's car.

The City of Toronto sent out a traffic incident alert just before 5:30 a.m. on Tuesday morning, writing that Commissioners Street had been closed off in both directions between Bouchette and Logan.

TTC vehicle gets swallowed up by sinkhole pic.twitter.com/D0vpI7Iyal

Police and firefighters remain on scene heading into the morning rush hour as crews work to repair the burst main.

Severe flooding has left the roadway completely unpassable, but the existence of a sinkhole was discovered only after a TTC Wheel-Trans supervisor drove out to assess the scene.

The supervisor's white sedan got stuck in a sinkhole that was covered by water, according to the transit agency. Fortunately, the driver was able to escape the vehicle without injury before the car was submerged.

Suddenly my irrational fear of sinkholes isn’t so irrational after all! This is a glaring example of why it is imperative that we upgrade our aging infrastructure. #torontosinkhole https://t.co/FEeKqGYeEb

As it stands now, the vehicle is completely under water and inaccessable due to ongoing flood repair and police activity. TTC spokespeople say that they plan to tow the cab out of the sinkhole once the situation has resolved.

The 72 Pape bus is currently being diverted both northbound and southbound around the area. It is not yet known when the road is expected to reopen.

by Lauren O'Neil via blogTO
Posted by Arun Augustin at 6:50 AM