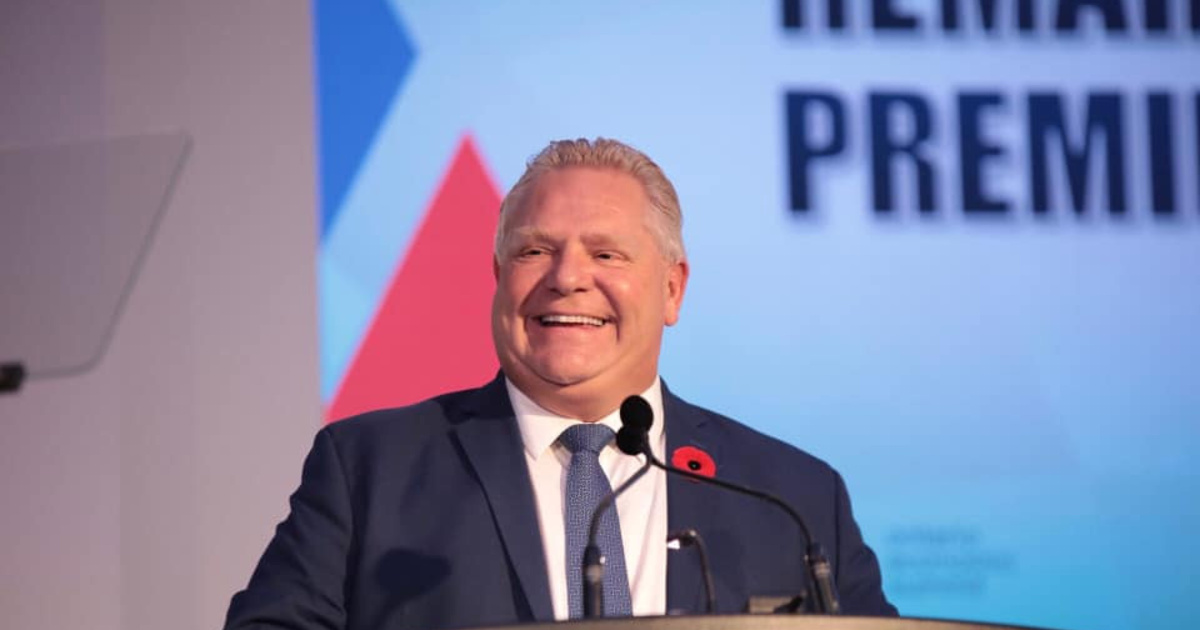 Ontario Premier Doug Ford told reporters at Queen's Park on Monday that he hadn't forgotten about his campaign promise to provide an income tax credit for minimum wage workers.

In fact, the premier says his tax credit program will go into effect on January 1 (though, as he was quick to note, he still needs to confirm some details with Finance Minister Vic Fedeli.)

"So anyone earning minimum wages will be paying zero tax," Ford said at a media availability in which he also defended his government's recent decision to cancel funding for three new planned university/college partnership campuses.

This isn't the first we're hearing of Ford's "no tax for minimum wage earners" plan, which would stop eligible Ontario workers from paying provincial income taxes.

In April, the PC government said that minimum wage workers would save up to $800 per year under the program. Critics argued, however, that raising the hourly minimum wage to $15 in January of 2019, as planned, would be far more beneficial for low-income earners.

A tax credit that won’t make up for the thousands of dollars in income that minimum-wage earners will lose over the next several years. A tax credit that will reduce government revenues meaning further cutbacks to services and infrastructure work. “For the people.” #ONpoli https://t.co/NOlfRjPM5j

Now that he's in charge, Ford has indeed been working to overturn much of the previous Liberal government's Fair Workplaces, Better Jobs Act.

Along with halting the minimum wage at $14 for three years, the PC government has introduced legislation to revoke such workplace rights as equal pay for equal work, the right to refuse shifts with less than 96 hour’s notice and two paid sick days.

by Lauren O'Neil via blogTO
Posted by Arun Augustin at 9:15 AM