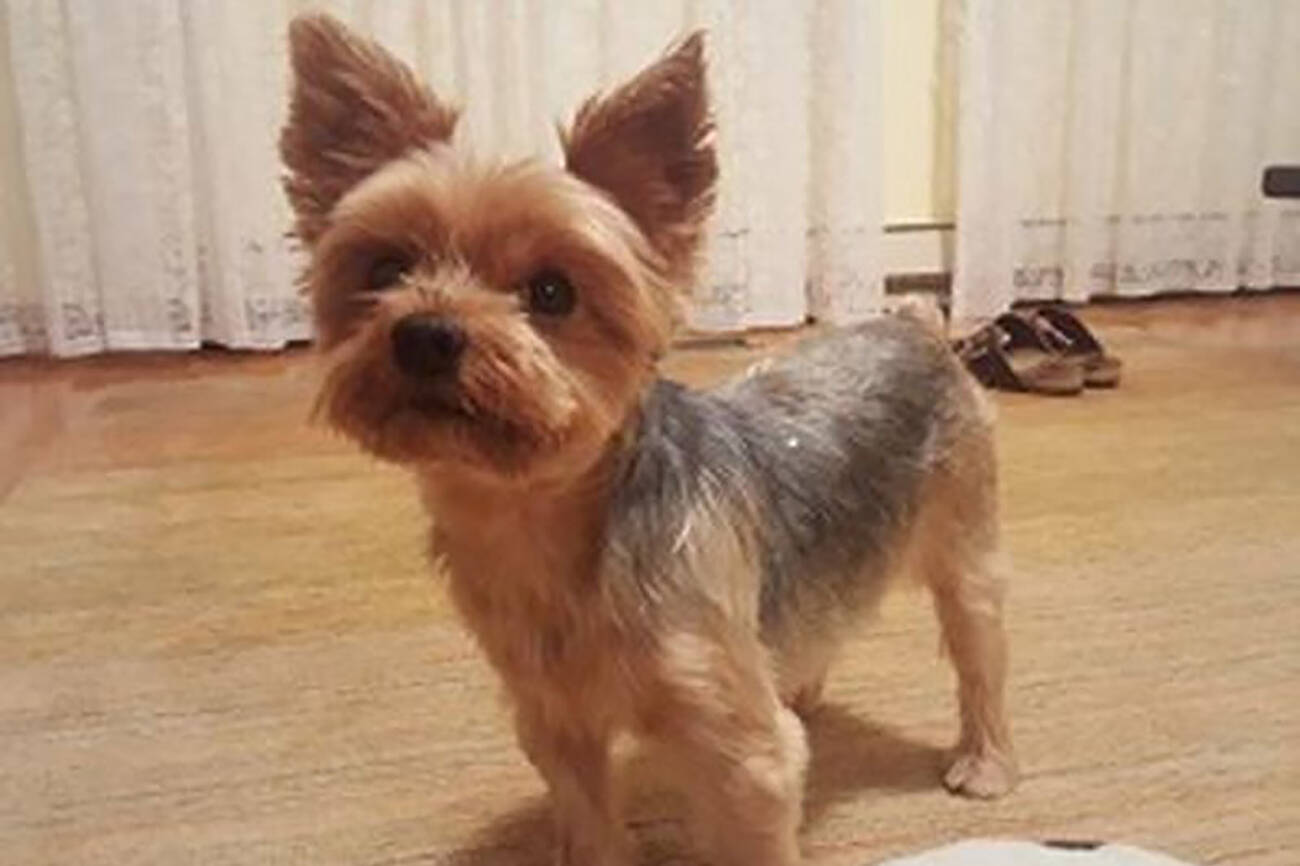 Every pet owners worst nightmare came true for a family in Toronto after their sweet baby angel was stolen from their home earlier this month.

Muffy the dog and her family were victims of a break-and-enter when their house in Etobicoke was robbed and thieves made off with the precious pup.

Owner Ana Valenzuela distributed flyers around her neighborhood and the police issued a press release looking for any information related to little Muffy. 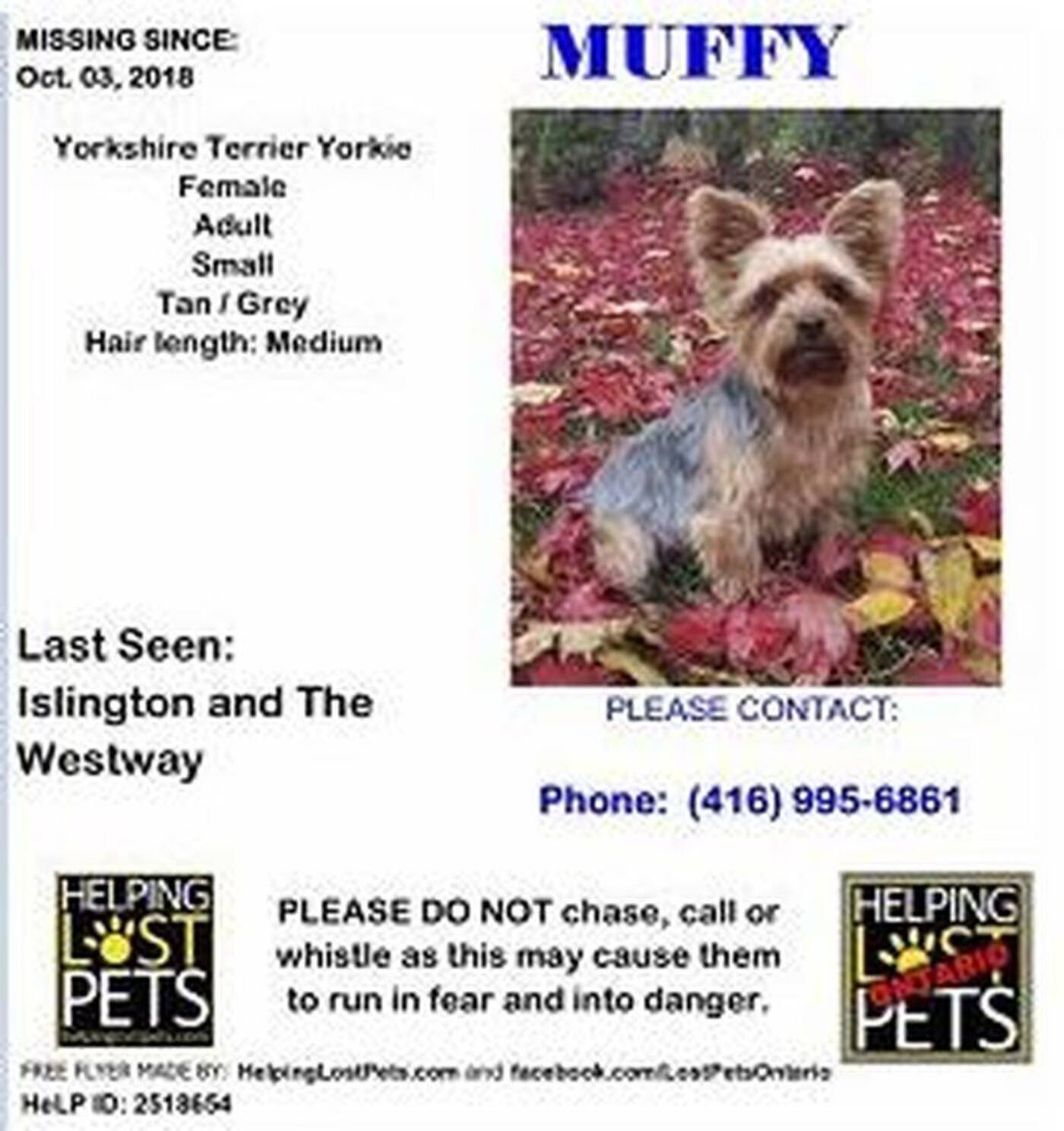 The poster for Muffy. Image courtesy of the Toronto Police.

The tiny Yorkshire terrier resurfaced on social media three weeks later and police were able to track down and nab the suspects through the posting.

Just love the “after” picture of Ana Valenzuela after she was re-united with Muffy, photo courtesy @TorontoPolice. Quite a different picture than the one I took of Ana when I interviewed her after her Yorkie had been stolen. pic.twitter.com/ckb3YzD9sW

Muffy has since been reunited with her family who say that despite losing weight, she's otherwise okay but "still a little scared."

So happy for Muffy and a family!😊❤️

by Lisa Power via blogTO
Posted by Arun Augustin at 7:27 AM