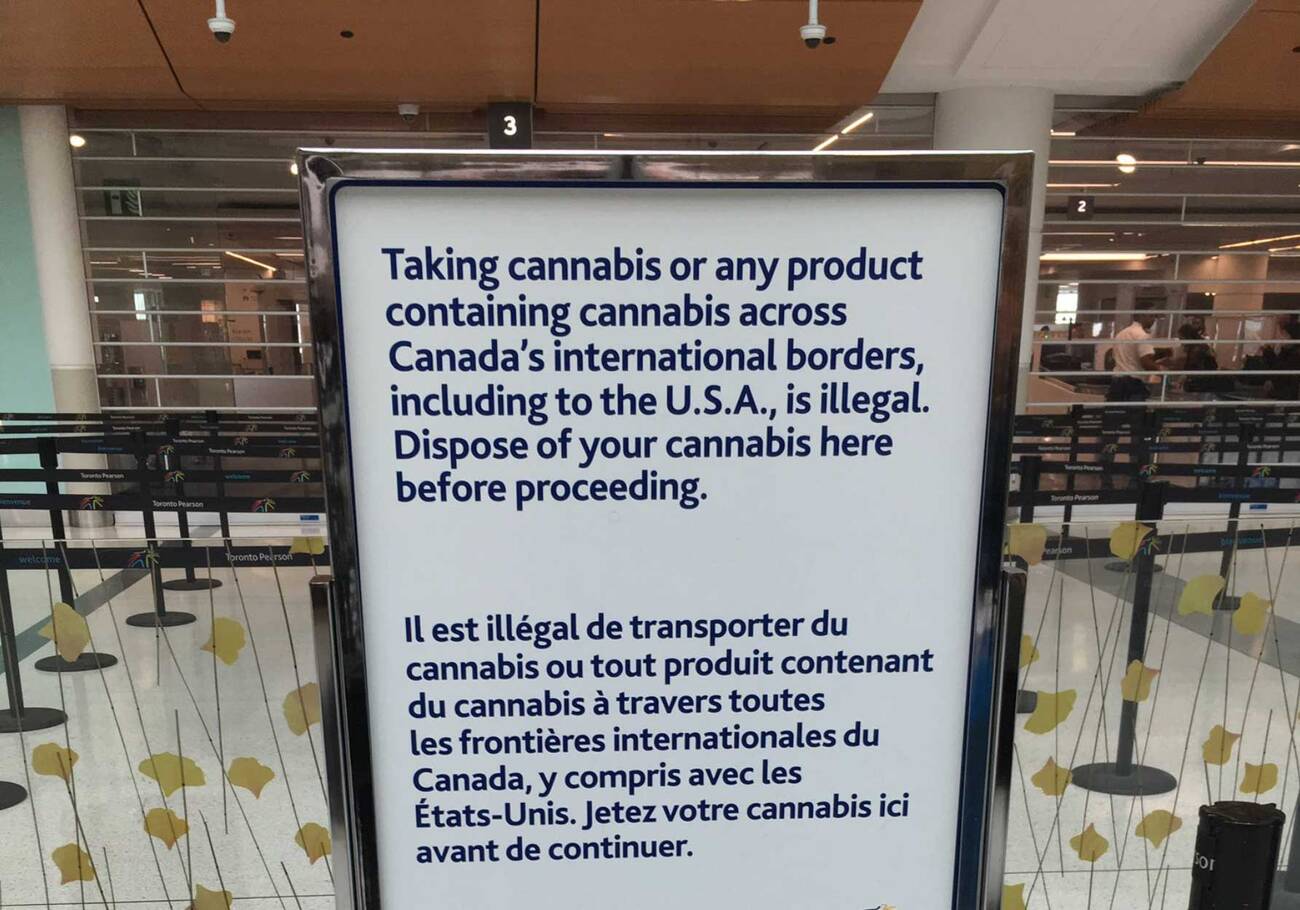 Is the Ontario Cannabis Store failing to deliver your weed? Well you might have another option, as long as you don't mind being called a garbage-picker.

At Pearson Airport, there is now a sign stating it is illegal to carry cannabis products over the Canada-U.S.A border, with an accompanying bin for disposal. Cannabis possession is legal on domestic flights, for those who need to know.

The idea of a bin filled with discarded weed is getting people on Reddit excited, rightfully.

"Taking cannabis or any product containing cannabis across Canada's international borders, including to the U.S.A., is illegal. Dispose of your cannabis here before proceeding," the sign reads, followed by the same message in French.

Some are pointing out that the bin is rife with opportunity to become similar to a "take a penny, leave a penny" dish, while others are inquiring about custodial positions with Pearson.

Oh Canada, I love you from the moment I step into the Toronto airport pic.twitter.com/S57wQoWU5T

A similar sign is found coming in to the airport from an international flight, where travellers are told to declare any cannabis products they have.

by Staff via blogTO
Posted by Arun Augustin at 1:02 PM